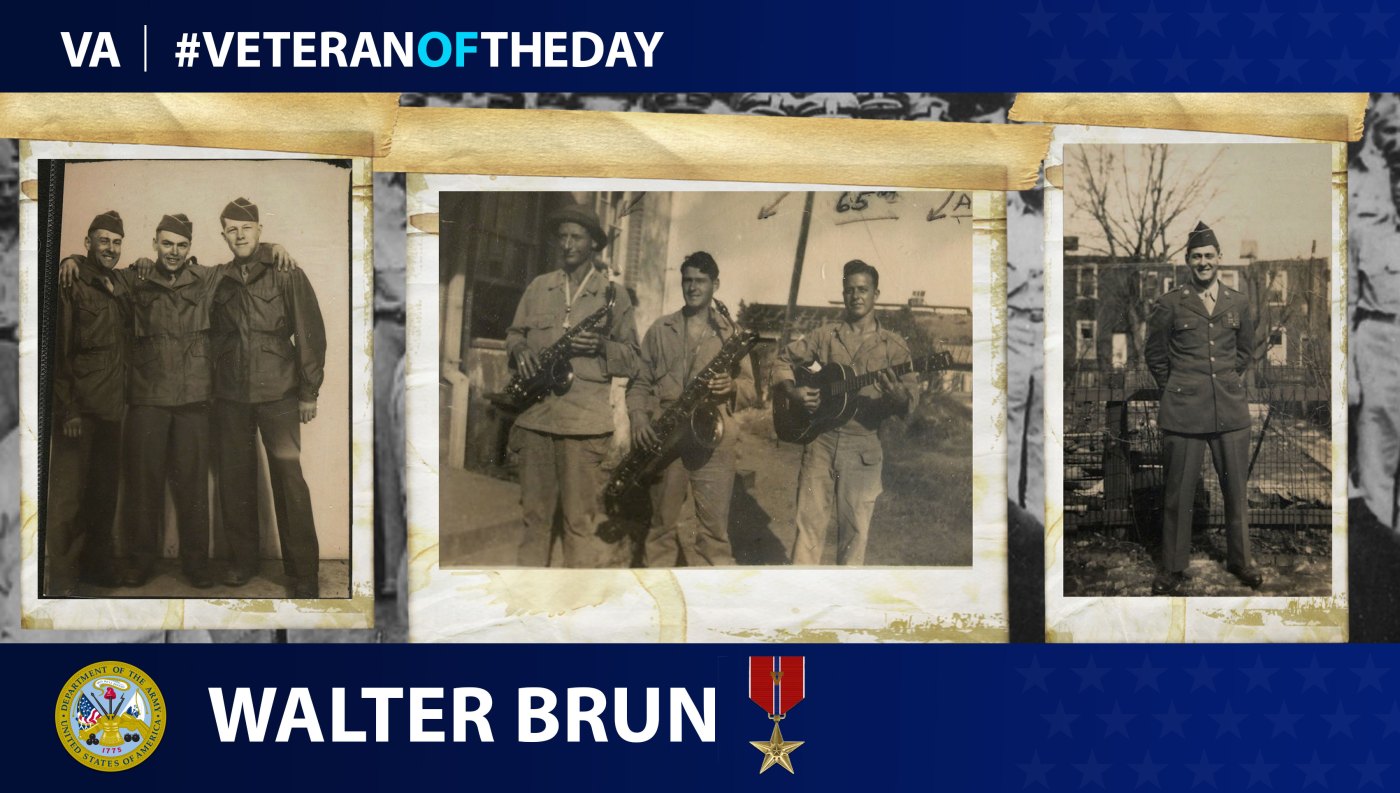 Today’s #VeteranOfTheDay is Army Veteran Walter C. Brun, who served in the Philippines during World War II and received a Bronze Star Medal.

The Army drafted Walter Brun in 1944 and sent him to Camp Blanding, Florida, for basic training. There, he became a heavy weapons infantryman and received training to operate the 81 millimeter M1 mortar. After completing his training, Brun served with the 112th Cavalry Regiment, 112th Regimental Combat Team, 1st Cavalry Division, and deployed to the Pacific theater.

For their first assignment, Brun and his regiment worked in the replacement depot in the Philippines near the city of Manila. Several weeks later, the men scattered to various divisions, tasked with taking central Luzon from Japanese forces. For 30 days, Brun and his fellow soldiers engaged in heavy combat.

During one engagement, U.S. forces attempted to retrieve the bodies of two killed service members. Knowing U.S. forces would not leave their dead, Japanese forces established a trap, using two men as bait. After several attempts to retrieve the men failed, nearly 50 soldiers became pinned down in the trap.

Still hoping to retrieve the bodies, Brun and his squad decided to risk another attempt. After reaching the casualties, Brun and his squad moved them out, when they too became pinned down. Once the Japanese forces noticed the bodies disappeared, they retreated, allowing Brun and the remaining soldiers to escape with the bodies. For retrieving the bodies and rescuing the trapped soldiers, Brun received a Bronze Star Medal.

Brun returned to the United States in 1946 and discharged at Fort Meade, Maryland, at the rank of technician five. After leaving the service, Brun returned to his home in Pennsylvania, where he worked as a sheet metal press operator before beginning a carpenter apprenticeship. Brun went on to work as a carpenter for over 40 years before retiring at the age of 65.