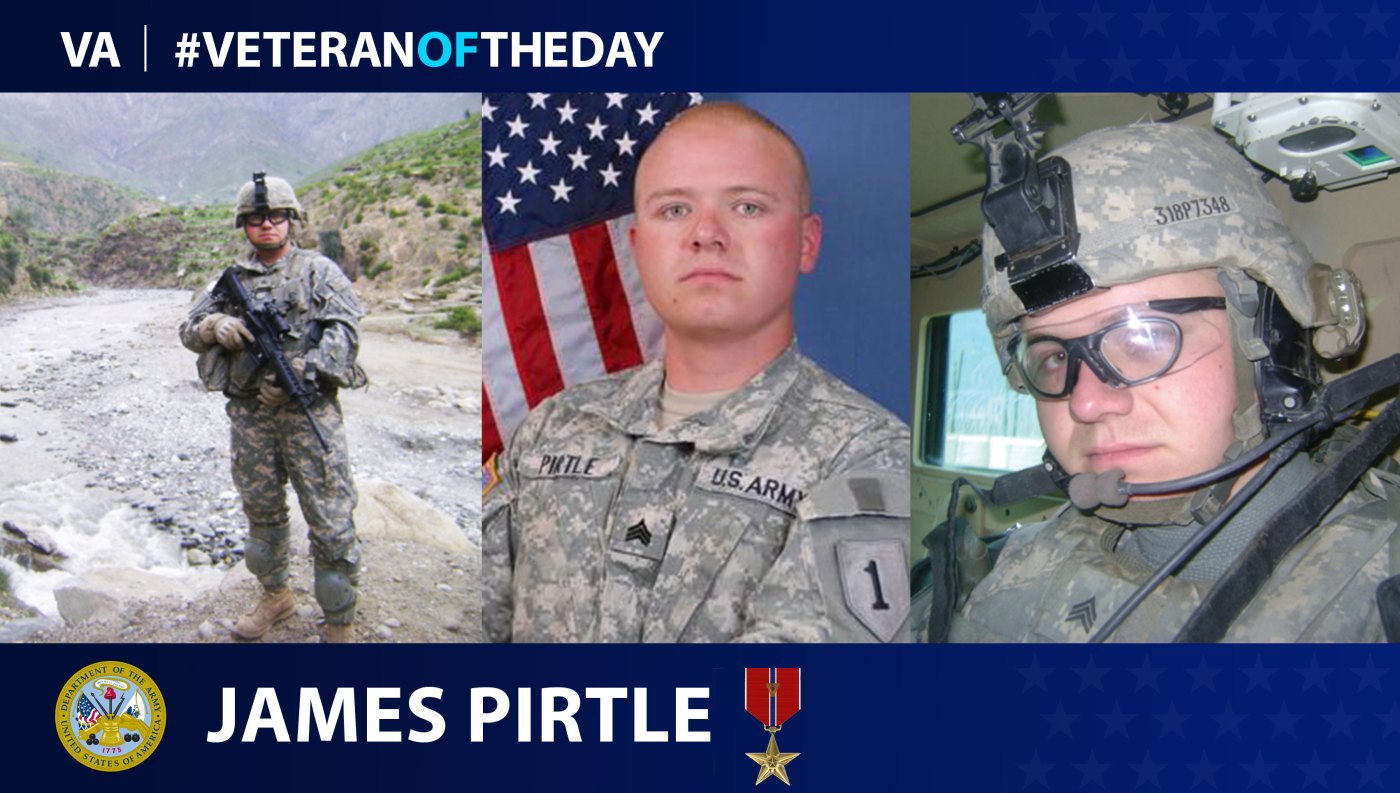 Today’s #VeteranOfTheDay is Army Veteran James Pirtle, who served as a cryptologist and died during a battle in Afghanistan.

James Pirtle was born in 1988 in Colorado Springs, Colorado. Growing up, he had a free spirit and loved to spend time outdoors taking advantage of what Colorado had to offer. Pirtle’s family previously served in the military. After graduating high school in 2006, he followed in the footsteps of those in his family and enlisted in the Army.

After completing his initial training, Pirtle served with the 1st Infantry Division based out of Fort Hood, Texas, as a cryptologist. He provided critical information essential to both the success on the battlefield as well as the lives of his fellow soldiers. In June 2008, Pirtle deployed to Afghanistan in support of Operation Enduring Freedom. He served in the Special Troops Battalion, 3rd Brigade Combat Team, 1st Infantry Division. He developed a highly-regarded reputation by frequently volunteering for missions that were known to be highly dangerous.

On May 1, 2009, Pirtle and his unit came under small arms fire by insurgents near the village of Nishagam, in Konar Province. At the age of 21, Pirtle died from wounds sustained in combat. He died along with two other teammates, one month before he was set to rotate home.

For his service, Pirtle’s awards include a Bronze Star Medal, an Army Commendation Medal and an Army Achievement Medal.