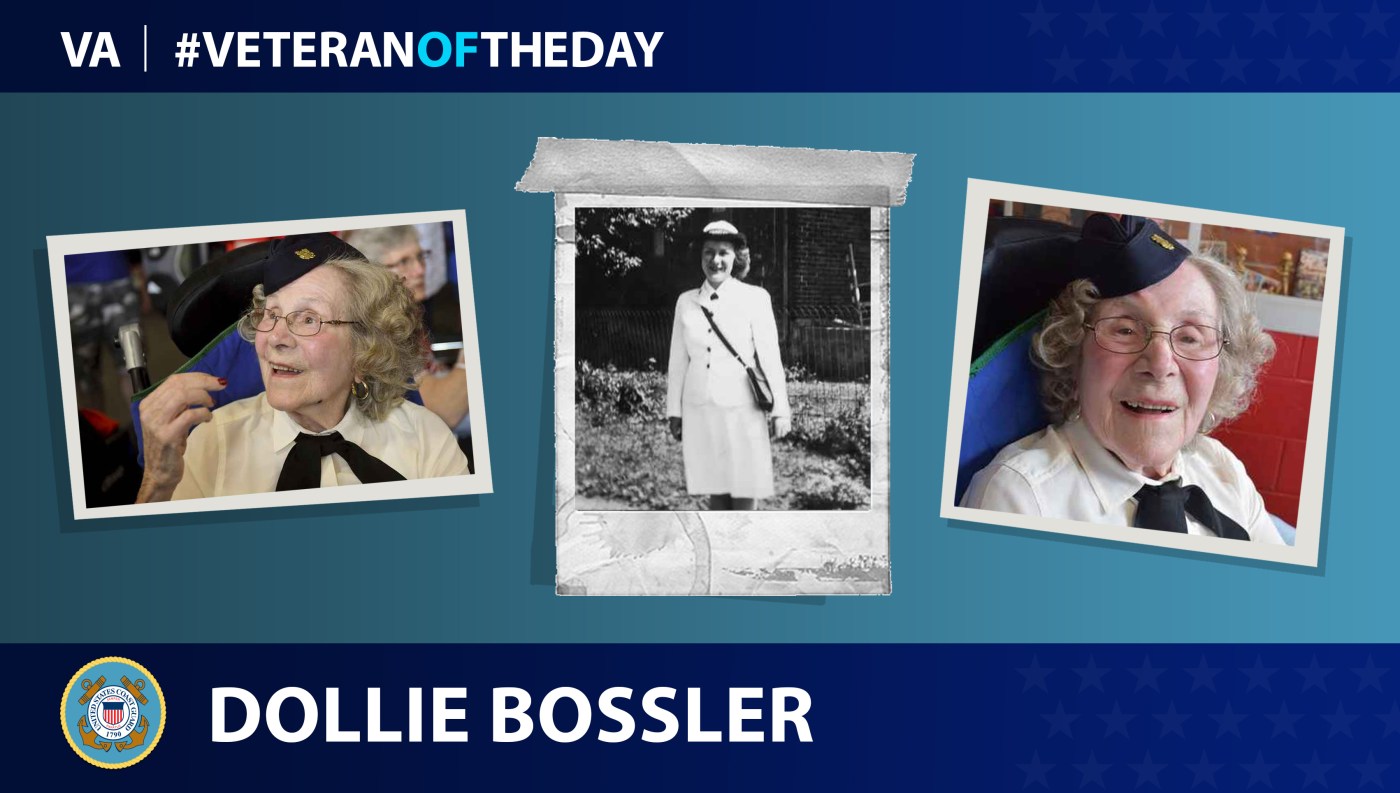 Dollie Bossler said she was “hell-bent on getting into the service” after the attack on Pearl Harbor in 1941, where one of her brothers served. Part of Bossler’s inspiration to serve was due to her brothers, Vernon and Melvin Heckman, who served in the Navy. Bossler served as a Yeoman First Class for three years in the Coast Guard Women’s Reserve, known as SPARS. This allowed women to replace men working as officers at shore stations so men would be available for sea duty during World War II.

“There were so many boys and they needed so much help,” Bossler told reporters. “You’d do anything you could to make things a little better for them.”

Bossler enlisted in March 1943 at 22 years old. At the time, she was a beautician and had to visit the Post Office in Reading three times before the recruiters took her seriously and allowed her to enlist.

Bossler served at Coast Guard Station Lake Erie in Cleveland, Ohio, and performed clerical duties. She told an interviewer that she would visit service members and wrote letters to their wives, letting them know their husbands were okay. The Coast Guard honorably discharged Bossler May 25, 1946. She received good conduct and honorable service commendations during her service.

She married Raymond Bossler, who served in the Navy during World War II. Together they had four children. Bossler ran Dollie’s Beauty Salon in Temple, Pennsylvania, until she retired in 2010. Bossler has been a member of the Women’s Veterans of Berks County for 18 years.