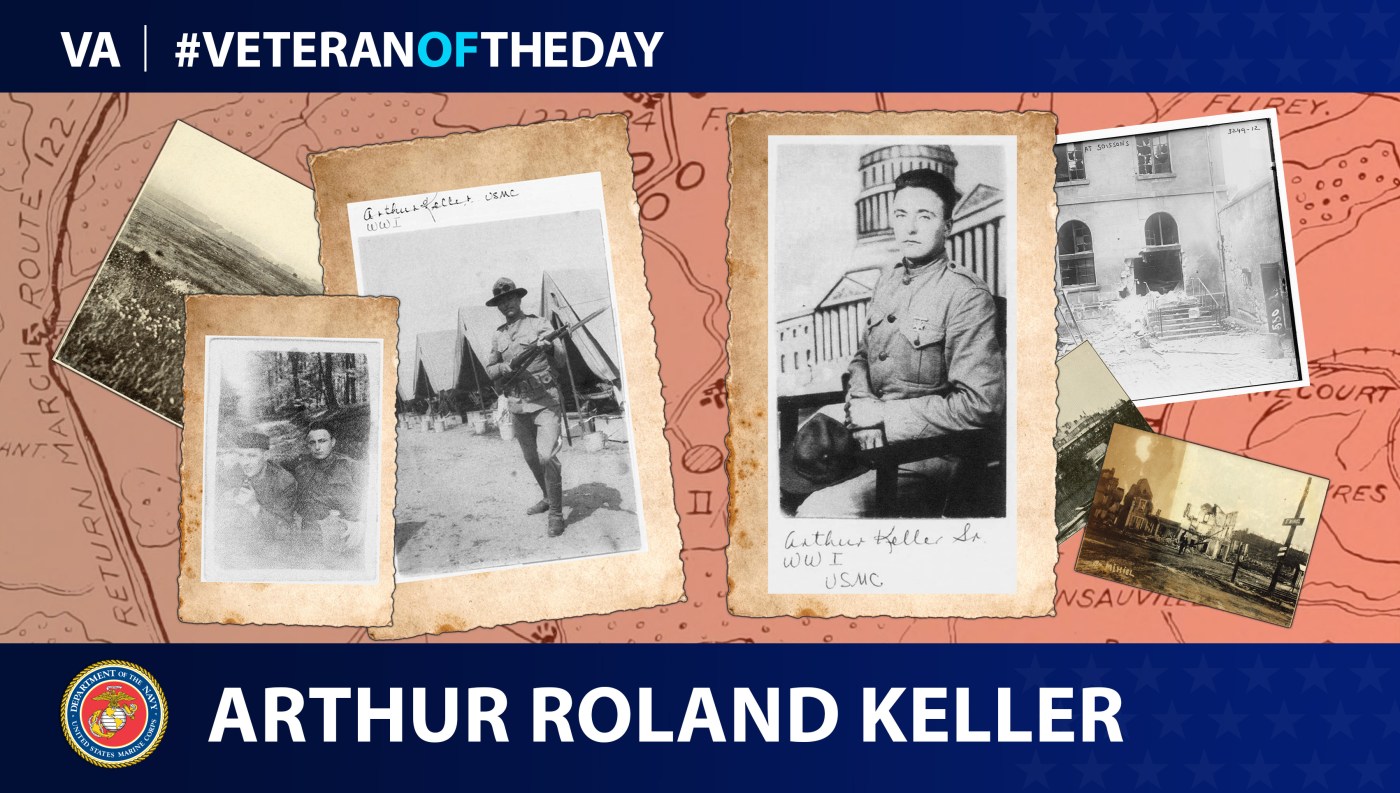 Today’s #VeteranOfTheDay is Marine Veteran Arthur Roland Keller, who served in a WWI machine gun battalion at the Battle of Soissons.

Arthur Roland Keller was in Chicago, Illinois, when he met a Marine recruiter whose uniform he admired. Upon learning about the high standards of the Marine Corps, Keller enlisted May 28 and went to boot camp at Parris Island, S.C. After three weeks of training, Keller went to Quantico, Virginia, to be outfitted for overseas service.

After the armistice was signed Nov. 11, Keller’s battalion traveled through Belgium and Luxembourg to Koblenz, Germany. Later, the battalion served in Reisbach, where Keller became the battalion clerk, making reports on ration distribution. He and a comrade quartered with a local German family, who welcomed them and treated them like family. Keller returned to the United States in the summer of 1919 and discharged as a corporal Aug. 13.

For his service during the war, Keller received a Good Conduct Medal, a World War I Victory Medal, a Meuse-Argonne Medal, and a Sharpshooter Badge. He also appeared in the New York City World War I Victory parade Sept. 10, 1919, and the Marines parade in Washington D.C. Sept. 17.