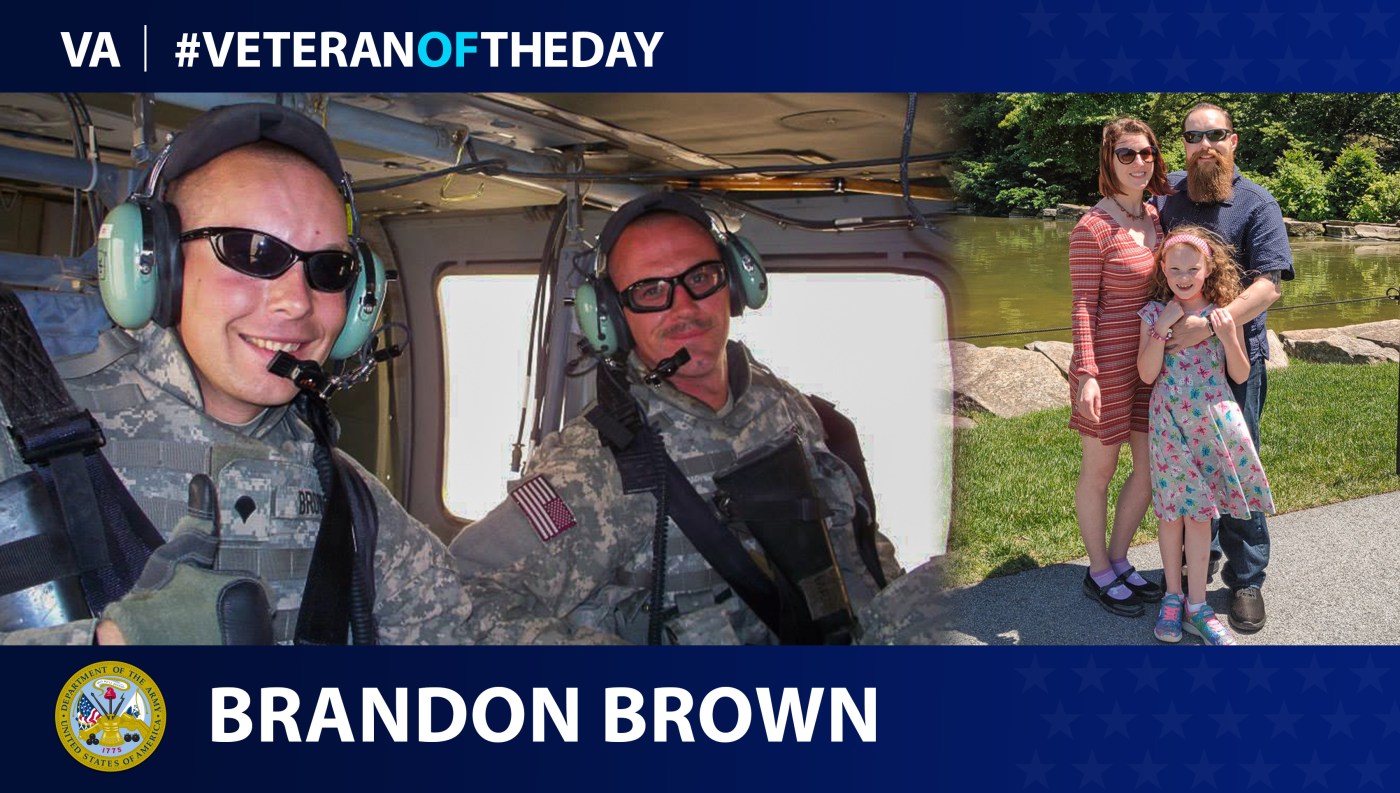 Today’s #VeteranOfTheDay is Army Veteran Brandon M. Brown, who served as a mortuary affairs specialist and deployed twice to Iraq.

Brandon Brown grew up in Greenville, Ohio, and enlisted June 30, 2006, as a 92M, mortuary affairs specialist. Brown went to basic training at Fort Jackson, South Carolina. Following what he described as a “transformative process,” Brown continued to Advanced Individual Training in Fort Lee, Virginia, until December 2006.

Stationed at Fort Lee in Virginia, Brown served with the 54th Quartermaster Company, 101st Airborne Division. His unit deployed to Baghdad, Iraq, on July 5, 2007. As a part of his duties, Brown recovered the remains of the fallen and assisted in their preparation, preservation, and shipment to Dover Air Force Base in Delaware. During Brown’s first deployment, he processed hundreds of U.S. service members, local nationals, and third country nationals. Additionally, he aided in drafting the Army regulation on how to properly handle and process personal effects of wounded in action and killed in action personnel.

From November 2009 to April 2010 Brown continued to train his fellow soldiers in forward mortuary affairs operations and lead burial ceremonies for fellow U.S. service members. In July 2010, Brown honorably discharged from the Army.