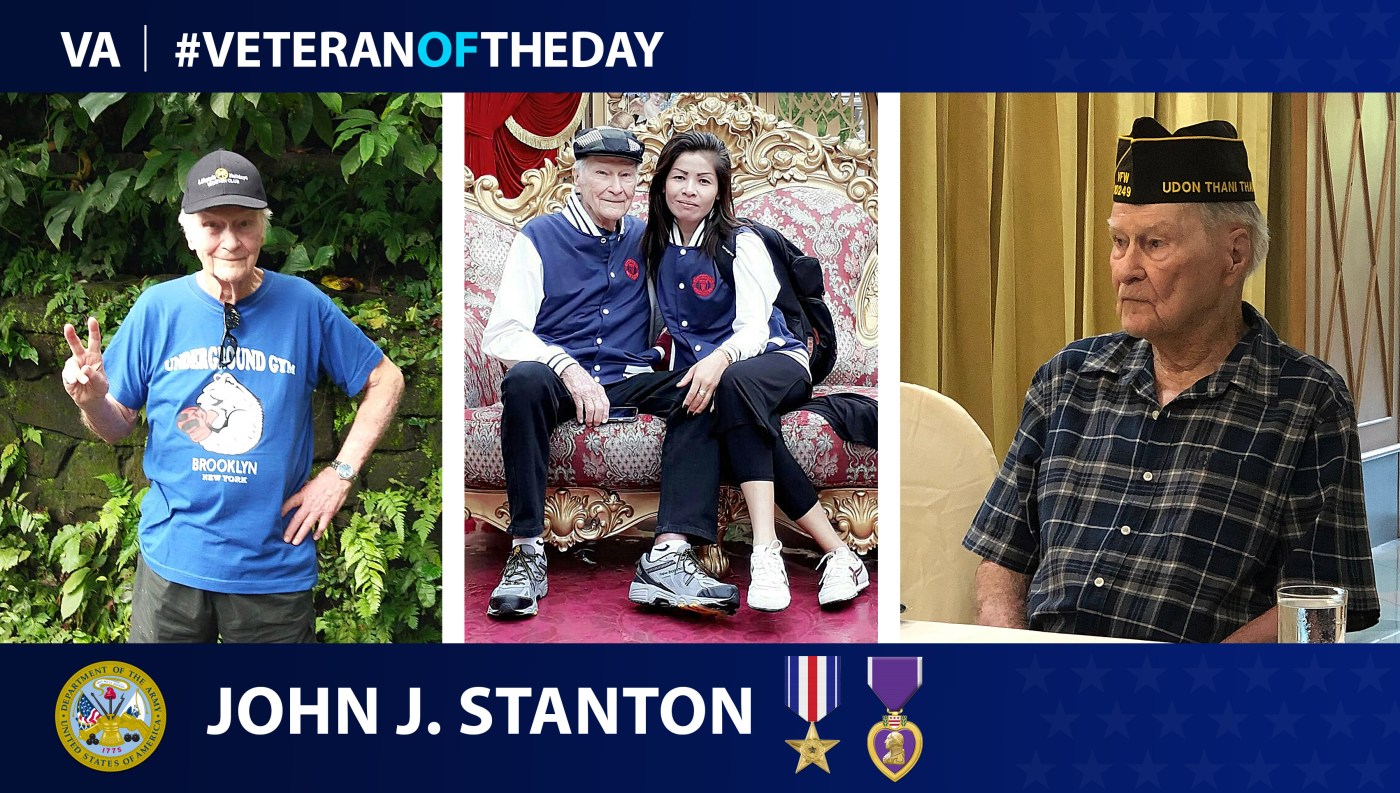 John J. Stanton was born in New York in 1923. From June 1943 to August 1945, Stanton served in the 2nd Battalion of the 43rd Infantry Division. During his service in World War II, he received a Silver Star and Purple Heart. According to his Silver Star citation, he took part in a battle near Sison Luzon, Philippines Island on Jan. 19, 1945.

During an attack on a battalion command post, Stanton left his position of safety to charge a location where the enemy had succeeded in setting up two machine guns. Despite two leg wounds, he silenced one of the machine guns and maintained fire on the second. His cool thinking and quick action enabled his unit to move the Battalion Aid Station. This saved the lives of several wounded soldiers and corpsmen. He stopped his covering fire after receiving two severe abdominal wounds.

At 96 years old, Stanton lives in Nong Khai, Thailand. He is a member of Veterans of Foreign Wars Post 10249 in Udorn, Thailand. Post 10249 is named in honor of the nine airmen who died when a damaged F-4 Phantom crashed into the Armed Forces Thailand Network Station April 10, 1970.

He also makes an annual trip to New York to spend time with his son.