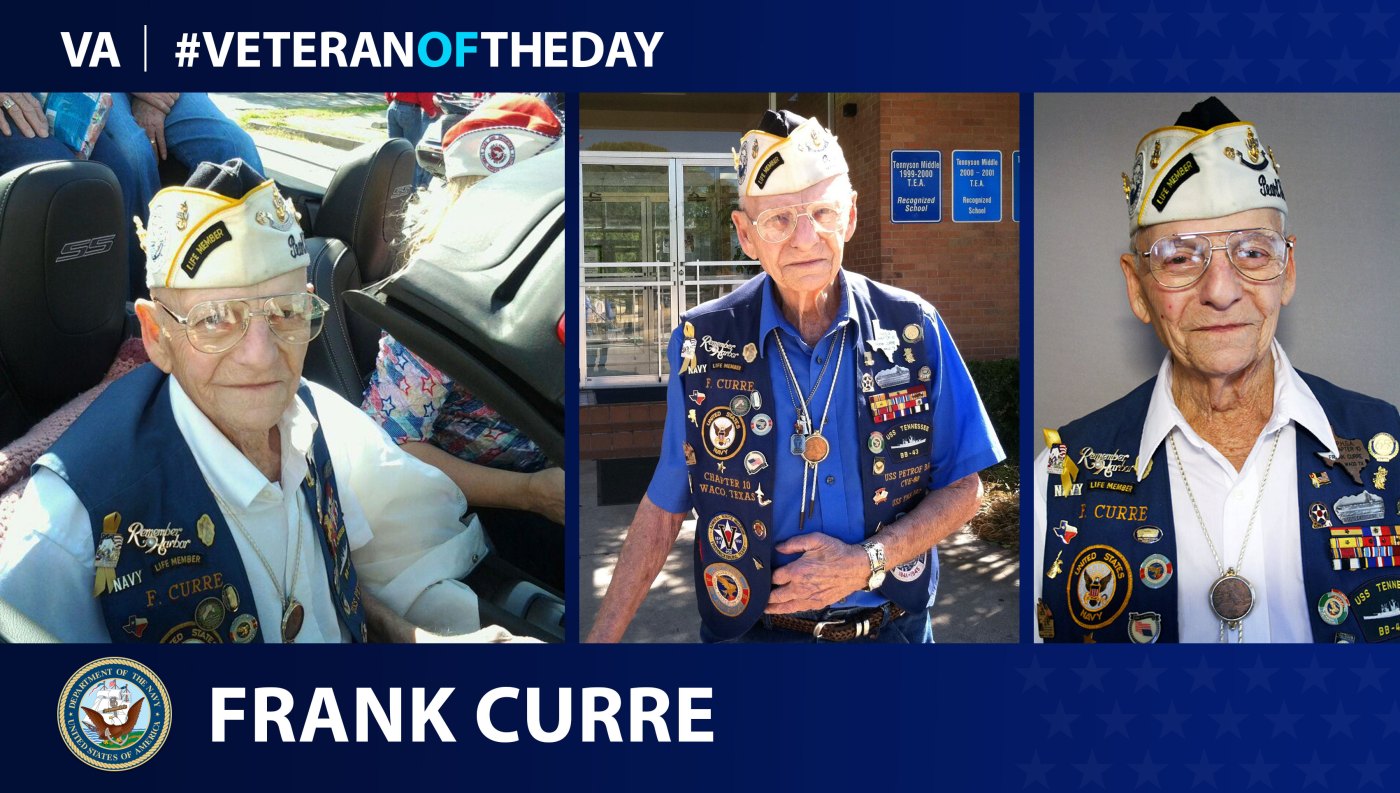 Frank Curre was born in Waco, Texas, in August 1923. Curre enlisted as soon as he graduated high school at age 17 because he couldn’t find a job. By August, Curre was a cook on the USS Tennessee on his way to Pearl Harbor.

On Dec. 7, 1941, Curre witnessed the bombings of ships in the harbor. In the minutes following the bombings, Curre and other service members immediately began looking for the dead and wounded. Curre also served on the USS Petrof Bay after his time in Pearl Harbor and later took part in the Iwo Jima and Okinawa attacks.

Following his time in the service, Curre worked as a pressman for the Waco Times-Herald for 42 years. He was also actively involved in the local Pearl Harbor Survivors Association, serving as the president. Curre also spent time visiting local schools to talk about World War II to students.

Curre died on the 70th anniversary of the Pearl Harbor bombings at 88.