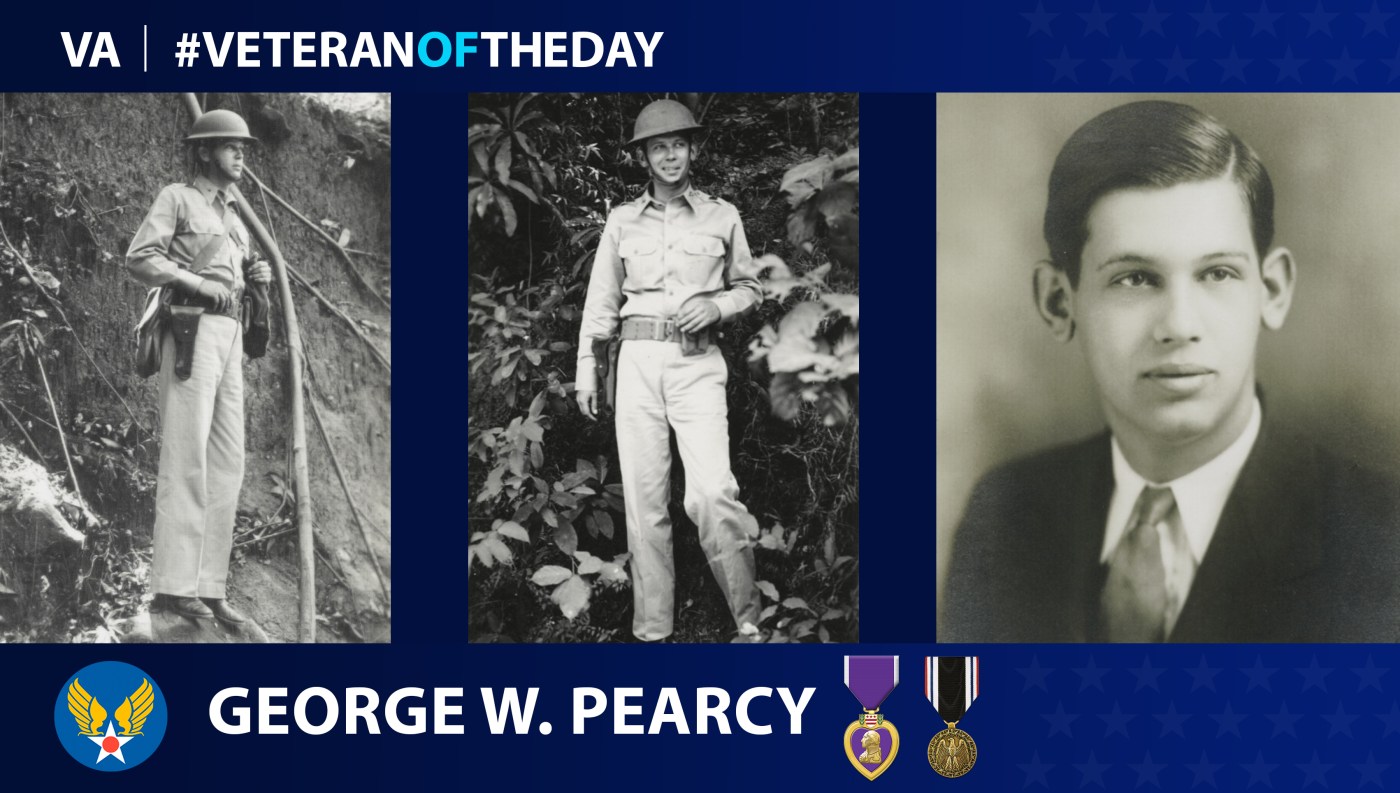 Today’s #VeteranOfTheDay is Army Air Forces Veteran George Washington Pearcy, who died Oct. 24, 1944, during the sinking of the Arisan Maru.

George Washington Pearcy served in the Washington University Reserve Officer Training Corps while attending law school in St. Louis, Missouri. He was commissioned as a second lieutenant in the Army in 1940. Pearcy served at Camp Robinson, Arkansas, and Fort Leavenworth, Kansas, in the 527th Coast Artillery. In January 1941, Pearcy traveled to Manila in the Philippines. He arrived in Manila Feb. 10 and served with the 60th Coast Artillery in Corregidor. He later served with the 2nd Observation Squadron of the Army Air Forces stationed at Clark Air Base in central Luzon. In July, Pearcy transferred to the Army Air Forces at Nichols Field.

On the same day as the Japanese attack on Pearl Harbor Dec. 7, 1941, the Japanese immediately attacked the Philippines Dec. 8 and destroyed several American air bases. In early January 1942, the 2nd Observation Squadron relocated to Bataan Airfield. As part of the 60th Coast Artillery, Pearcy participated as an infantry officer in the battles of Bataan in April  and Corregidor in May..

After the American surrender on May 6, 1942, Pearcy was among the 4,000 Filipino and American soldiers taken to Bilibid Prison in Manila. The Japanese imprisoned him at Davao Penal Colony on Mindanao Island in the southern Philippines and Cabanatuan Prison Camp near Bataan. While captured, Pearcy kept a diary that documented unsuccessfully attempted prisoner escapes, the resulting executions, the lack of food, and camp population estimates.

On Oct. 11, 1944, Pearcy was among the 1,774 prisoners of war who sailed on a Japanese troopship from Manila to work as slave labor in Japan. En route north, a U.S. naval submarine torpedoed and sunk the unmarked ship in the South China Sea Oct. 24. Pearcy was among the 1,760 casualties. He posthumously received a Purple Heart in January 1945. A friend later sent Pearcy’s prison diaries to his family.