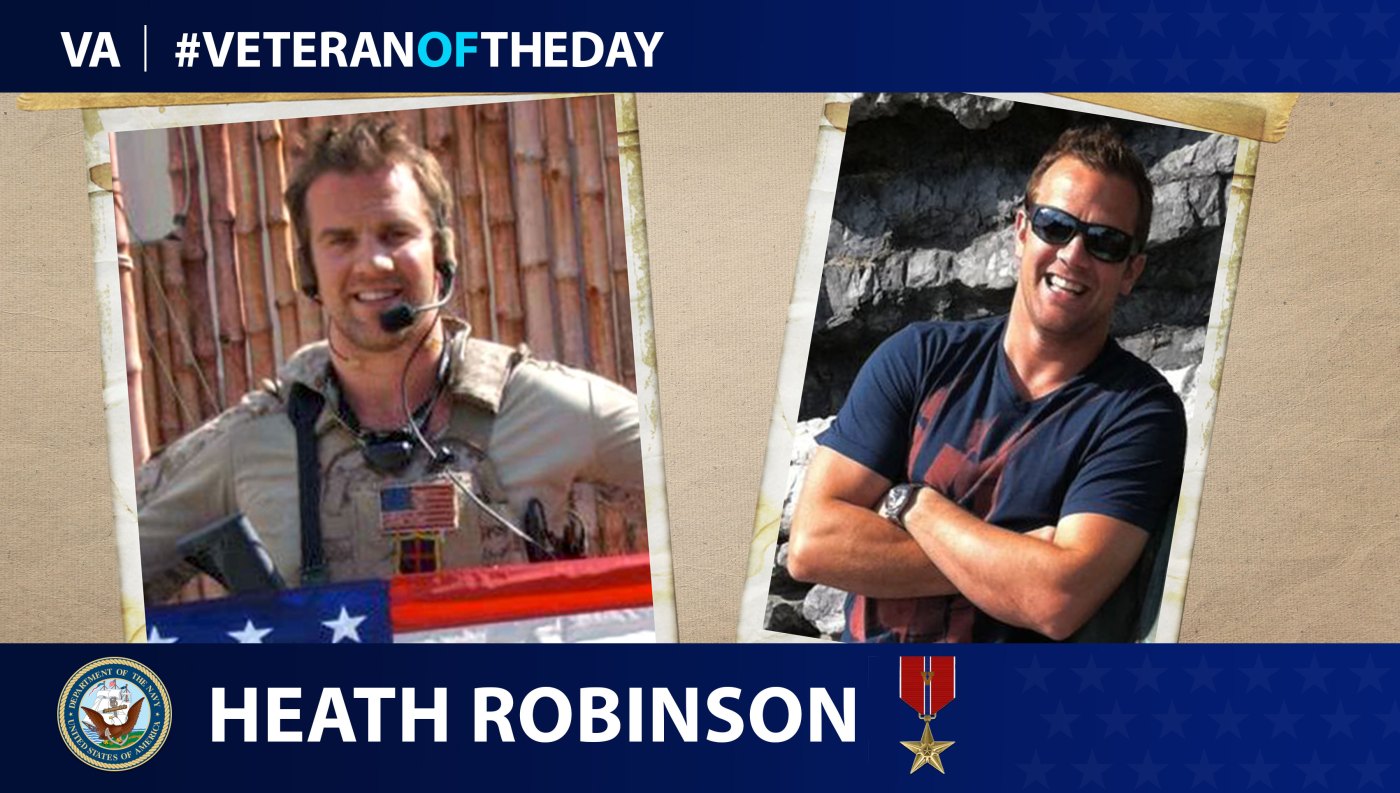 Heath Robinson was born in June 1977 and grew up in Detroit, Michigan. After graduating from Petoskey High School in 1995, he enlisted in the Navy the following November.

In January 1997, Robinson reported for basic training at Naval Training Center Great Lakes, Illinois. He completed additional training at the Fleet Combat Training Center in Dam Neck, Virginia, before attending Basic Underwater Demolition/SEAL (BUD/S) training in Coronado, California from July 1996 to April 1997. However, he did not complete the course and subsequently served with Amphibious Group ONE on Okinawa until May 1999. Robinson left to attend BUD/S a second time in June 1999 and completed training in January 2000 with Jump School at Fort Benning, Georgia, immediately after. He first was assigned to SEAL Team 3 until April 2002 when he transferred to Seal Team 7. In April 2004, Robinson screened forNaval Special Warfare Development Group, where he would serve for the remainder of his military career.

On Aug. 6, 2011, Robinson died due to injuries sustained when the CH-47 he was aboard was shot down in the Tangi Valley of Wardak Province. Thirty American service members and one K-9 died during the crash of Extortion 17. Robinson was 34 years old.