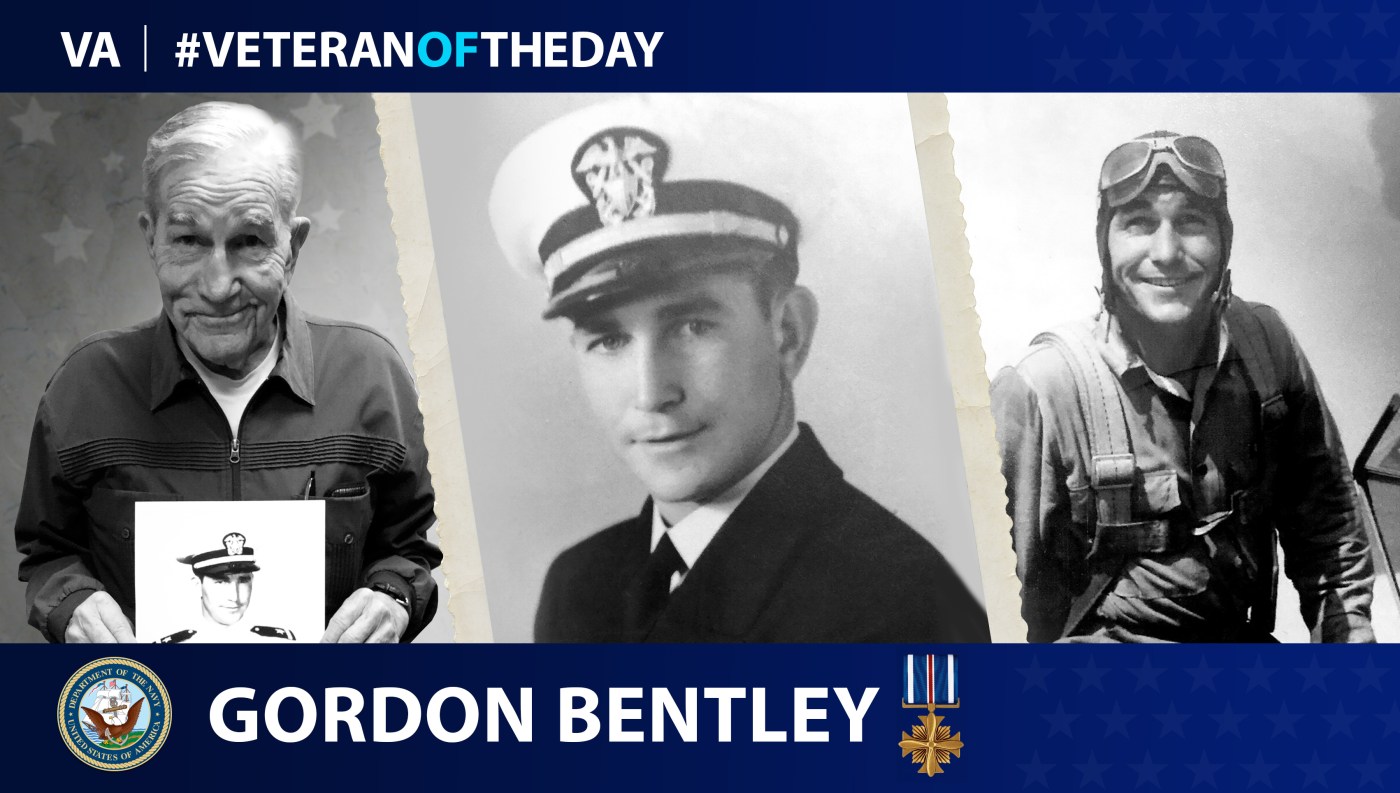 Today’s #VeteranOfTheDay is Navy Veteran Gordon Earl Bentley, who served as an FM-2 Wildcat pilot during WWII and received a Distinguished Flying Cross.

Gordon Bentley was born in June 1919 in Arkansas. Before enlisting, Bentley worked at the Memphis Defense Depot, helping build aircraft for the war.

Bentley enlisted as a Naval Cadet in Atlanta in 1942, the weekend before he had to report for the draft. He applied and was accepted to train as a pilot and was commissioned May 16, 1944 in Pensacola, Florida, as an FM-2 Wildcat pilot. Bentley was stationed aboard the USS Natoma Bay (CVE 62) aircraft carrier on March 4, 1945 as part of Composite Squadron Nine (VC-9).

While flying during the Okinawa Campaign, the enemy hit Bentley’s plane while over enemy lines. His engine caught fire and smoked, which forced him to slow down to prevent it from overheating. By the time he returned, the other pilots already returned to the ship. It was dark, and he could not see the carrier. He thought he would have to make a water landing or a parachute landing, but the aircraft carrier lit the deck so he could land. Despite his lack of night flying training, Bentley safely landed his plane on the carrier.

On another occasion, while Bentley served on the USS Natoma Bay, a Kamikaze pilot hit the ship, causing major damage to the deck and a fire. The crew put out the fire.

The Navy released Bentley from active duty on Oct. 30, 1945. After the war, Bentley joined the Reserves and promoted to lieutenant junior grade. He served as a deputy U.S. Marshal and worked at the post office for 31 years, where he eventually became postmaster.