Home / Guest Posts / #OperationSong: “Still Over There” by Franklin Tootle

#OperationSong: “Still Over There” by Franklin Tootle 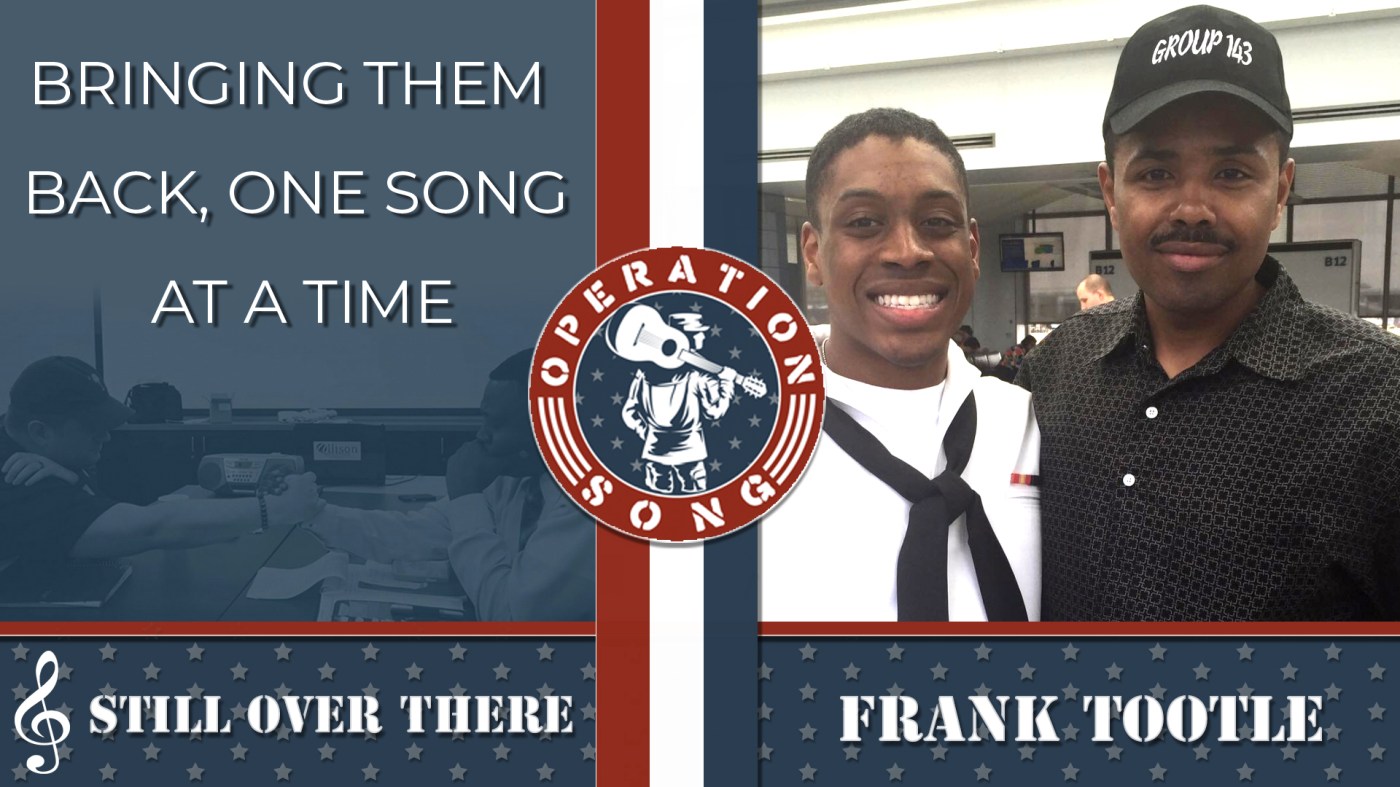 This #OperationSong spotlight features “Still Over There,” co-written by Jim Collins and Air Force and Navy Veteran Franklin Tootle.

Franklin Tootle’s song opens with a reminder of how hard it is for Veterans returning to civilian life. He sings, “When I left Iraq, I felt a big weight off my shoulders but I was wrong. Cause now that I’m back, I’m still fighting a battle.”

In 1989, Tootle joined the Air Force and served for eight years. In 2005, he joined the Navy when he was 39. His song describes how he copes with PTSD and what motivates him to continue seeking help. He fights for his family, his five children, and for Veterans like himself.

Lyrically, he tells a story of commitment. To serving his country. To loving those close to him. Two of Tootle’s children now serve in the military, one in the Air Force and the other in the Navy.

“I tried other therapies, such as prolonged exposure, and I could not complete it,” he says.

On Operation Song and coping with mental health issues, Tootle emphasizes his support for songwriting as a form of PTSD therapy. “This was another outlet for me to try, to talk about and tell my story.”

Operation Song is a non-profit based in Nashville, Tenn., that partners professional songwriters with Veterans, active military and their families to help them tell their stories through song. Since 2012, they have written over 600 songs with WWII Veterans to those currently serving. They hold weekly workshops in Middle Tennessee and sponsor events and group retreats throughout the U.S. Those who serve need no musical background, only the desire to tell their story. If you are interested in learning more about Operation Song or hearing more songs, please visit: http://www.operationsong.org/.