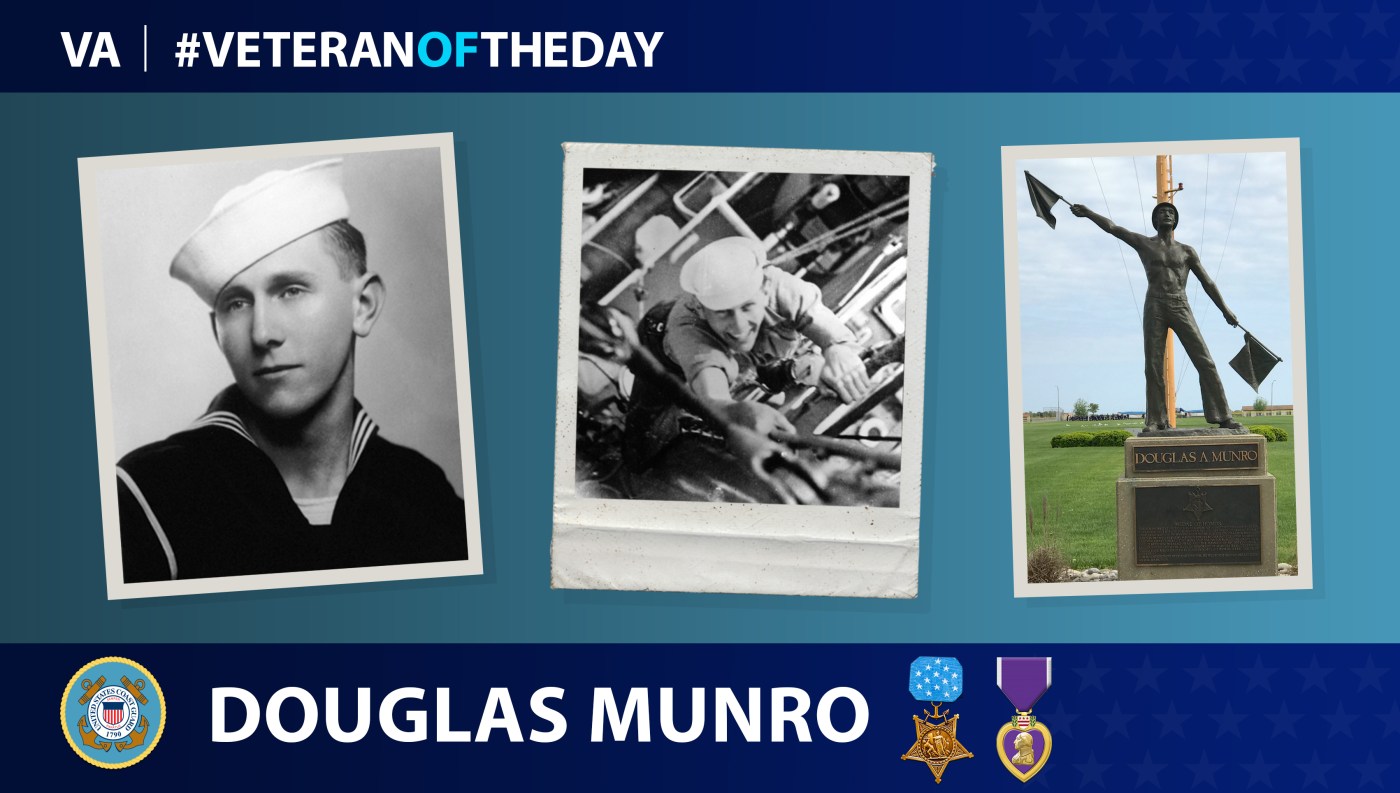 Douglas Albert Munro was born in Vancouver, British Columbia in Canada, but grew up in South Cle Elum, Washington. He attended the Central Washington College of Education in Ellensburg for one year before enlisting in the Coast Guard in 1939. After attended basic training at Port Angeles, Washington, Munro joined the crew of the USCG Cutter Spencer at Base Staten Island, New York. Munro served on the USCGC Spencer until November 1941.

Munro landed on Tulagi Island with the assault forces in early August 1942. He later served on Lunga Point Base in northern Guadalcanal, a staging area for troop movements along the coast and supply distribution.

Under heavy artillery fire from the Japanese, Munro led five Higgins boats back to the beaches to rescue the Marines. Four of the boats successfully transported the waiting Marines to safety but during the last evacuation, the fifth Higgins boat came under heavy fire and was could not safely disembark. Munro maneuvered his boat to shield the remaining Marines from gunfire as they boarded. In doing so, Munro died by machine gun fire. He was buried on Sept. 28 on Guadalcanal.

In October 1942, Munro posthumously received a Medal of Honor and Purple Heart. President Franklin D. Roosevelt presented the medals to Munro’s family in May 1943.

After the war, Munro’s remains were brought back to the United States. He was reburied with honors in 1948 at the Laurel Hill Memorial Park in Cle Elum, Washington. The Coast Guard named three ships in his honor: USCGCs Munro, Douglas Munro and the USS Douglas A. Munro. A statue of Munro resides at the Cape May Coast Guard Training Center in Cape May, New Jersey. The Munro Building at the Coast Guard Headquarters in Washington D.C. and Munro Hall at the U.S. Coast Guard Academy in New London, Connecticut are also named after him.