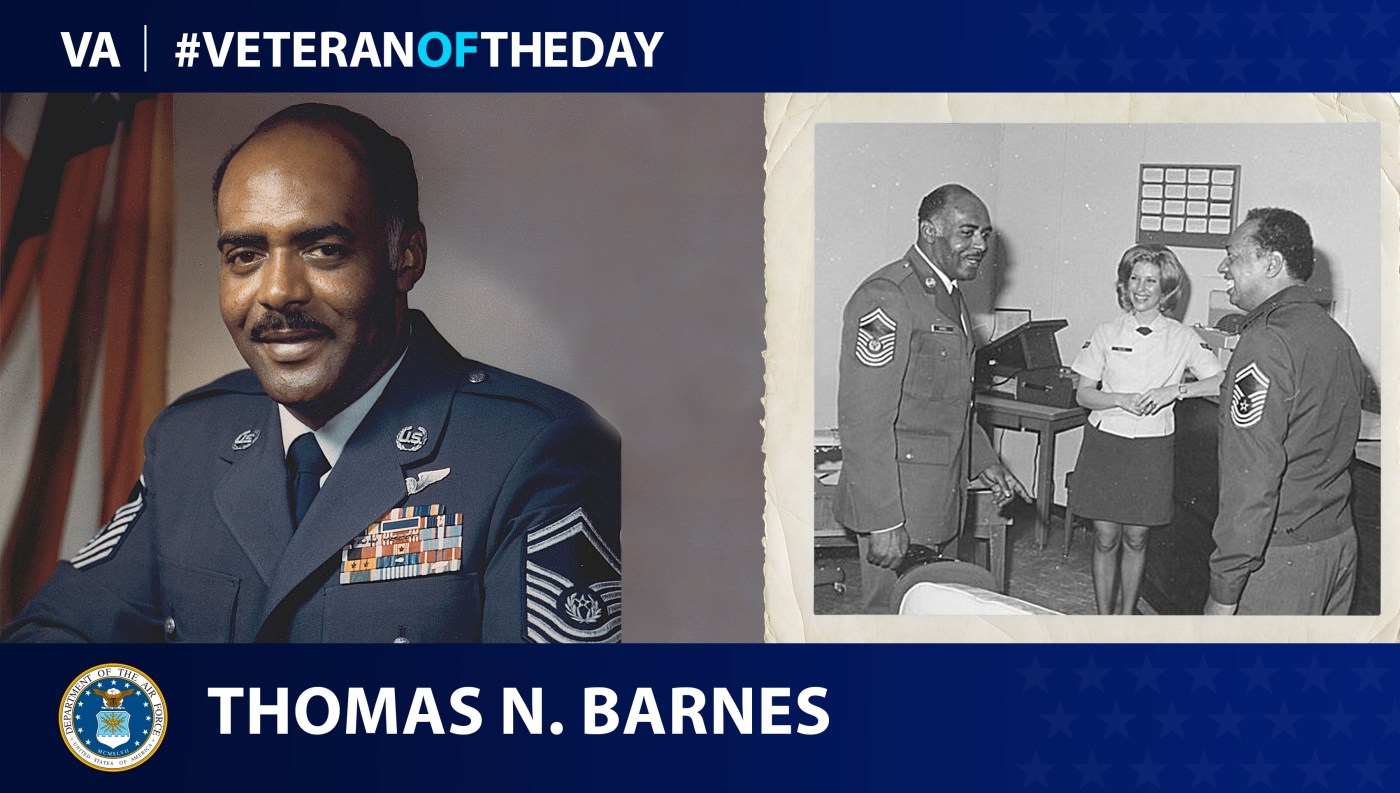 The Air Force was still segregated in April 1949 when Thomas Barnes arrived at Lackland Air Force Base, Texas, for basic training. He received his technical training from the aircraft and engine school and hydraulic specialist school at Chanute Technical Training Center, Illinois.

Barnes transferred to 30th Air Transport Squadron in June 1952. While continuing to perform flight engineer duties, he also attended C-118 school at Westover Air Force Base in Massachusetts. He went on to complete assignments in various locations, including Texas, Hawaii, Japan, and the Northeast Air Command.

He promoted to the rank of chief master sergeant three years later. In 1971, Barnes served at Headquarters Air Training Command and assumed the duties of command senior enlisted adviser.

Barnes graduated from the U.S. Air Force Senior Noncommissioned Officer Academy pilot class in March 1973. He was soon after appointed chief master sergeant of the Air Force Oct. 1, 1973. The chief of staff extended his original two-year term for another year, then a second year. Barnes retired July 31, 1977.

Barnes was the first African American to serve in the highest enlisted position within the U.S. Air Force. He is credited for bringing issues related to equal opportunity for minorities to the attention of senior military leaders. He also worked to strengthen the enlisted professional military education system.