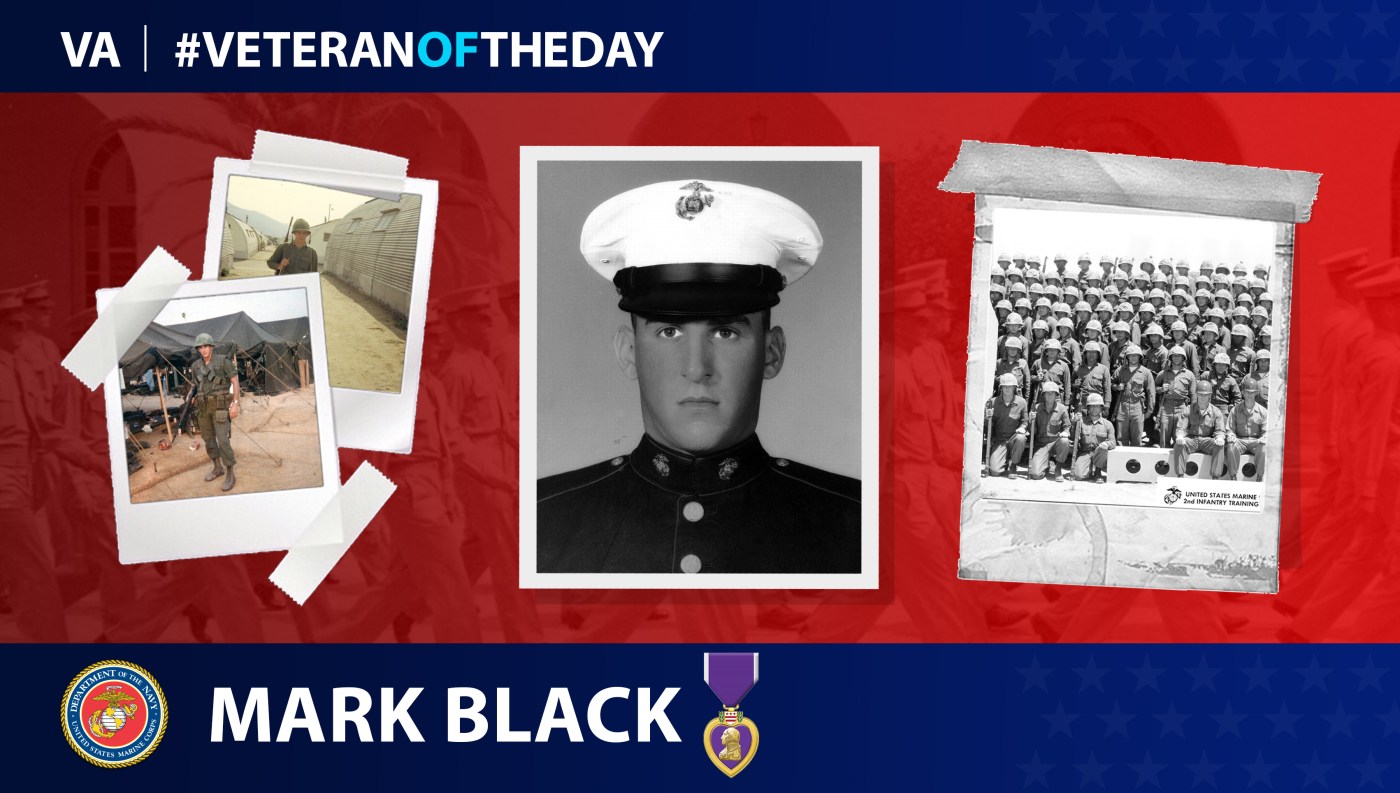 Today’s #VeteranOfTheDay is Marine Veteran Mark R. Black, who was killed in action during Vietnam while supplying ammunition to other Marines.

Mark R. Black was born in 1945 and was a lifetime resident of Sweetser, Indiana. In April 1966, he enlisted into the Marine Corps as a rifleman.

Black was the star quarterback for Oak Hill High School’s football team. Before he enlisted, Black was a master barber, working at his father’s barbershop. When he left for training, Black told his family, “Don’t expect me to write much.” Contrary to expectations, he wrote his first letter home that same day. After that, he mailed home 88 more written letters and 26 taped letters, documenting his Vietnam tour of duty.

Black went to advanced infantry training at Camp Pendleton in San Diego, California. In October 1966, he deployed to Okinawa. He later went to the Philippines before landing in Vietnam Jan. 3, 1967.

While on tour, he put his barber skills to good use after he managed to find a barber kit. In a letter, Black bragged about developing a reputation as the go-to barber among his fellow Marines. He even set up a barber shop inside his camp.

Black fought in five combat operations before volunteering to join a Combined Action Company. His unit had 14 Marines living in a sandbagged fortified compound in Cam Hieu, Vietnam. On Aug. 14, 1967, four days after he sent his last letter, 150 North Vietnamese soldiers attacked Black’s compound . The assault lasted for more than 2 hours before reinforcements arrived.

Black exposed himself to hostile fire while supplying ammunition to other Marines. Enemy small arms fire mortally wounded him.

In 1969, a sign was erected at the site of his death in his honor and a Vietnamese Children’s school now occupies the once hostile battlefield.