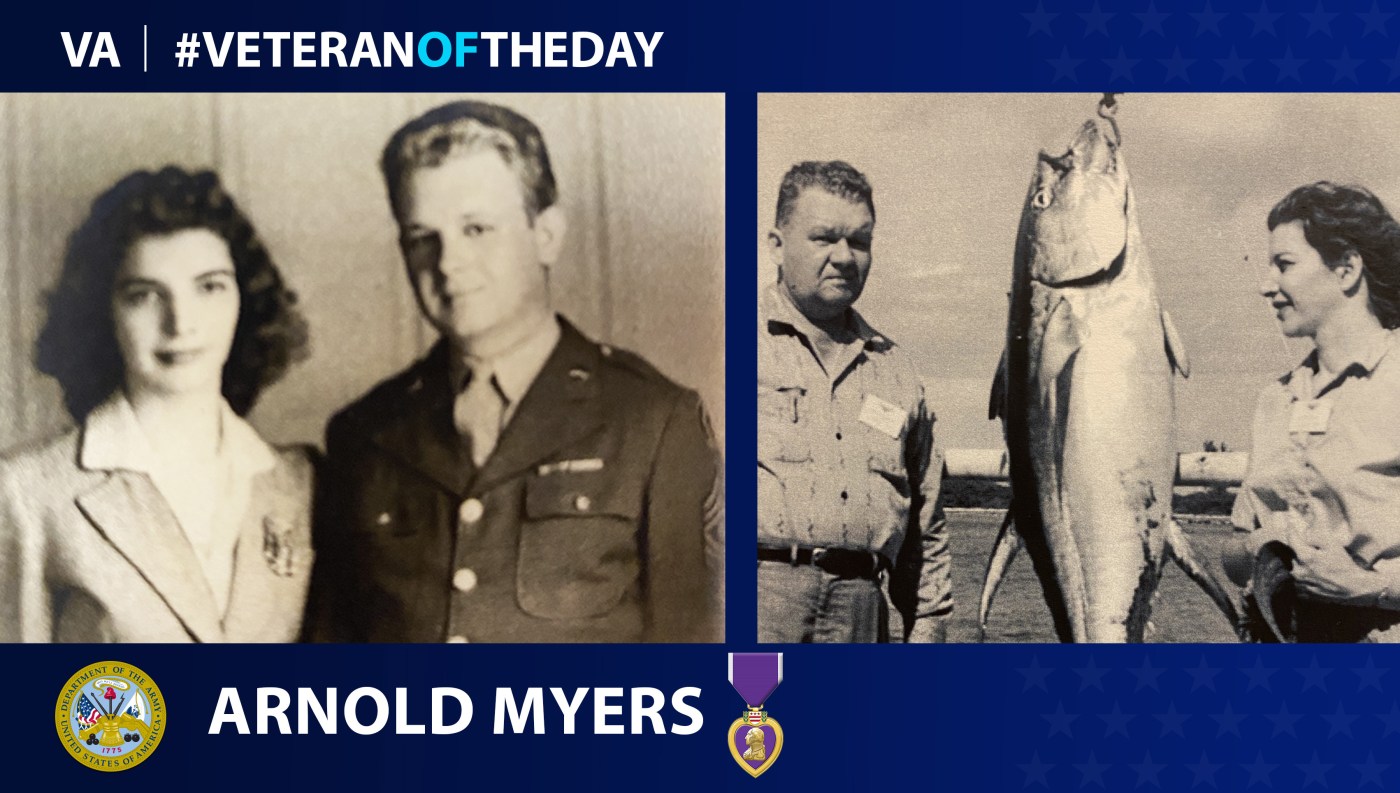 Today’s #VeteranOfTheDay is Army Veteran Arnold Myers, who fought in Germany and received a Purple Heart during World War II.

Arnold Myers was born in 1915 and grew up in Seymour, a small city in southern Indiana. In 1943, at 28 years old, the Army drafted him during World War II.  During his service, Myers was recognized by his command as an exceptional leader with strong wilderness survival skills.

Myers served as first sergeant of Company K, 60th Battalion, 9th Infantry Division from September 1944 to October 1944. His head was seriously wounded during the Battle of Hurtgen Forest near Aachen, Germany Oct. 11, 1944.

Myers and his men had been ordered not to strap their helmets. Subsequently, a large piece of shrapnel wounded Myers on the top and knocked him unconscious. When he came to, he could not find his helmet, but still had his carbine. He crossed a highway, forced to stumble over fallen American and German soldiers.

He reached an Armored unit guarding several prisoners. A medic then treated Myers, which saved his life. In 1945, Myers also took part in the Allied crossings of the Rhine River during Operation Plunder.

During his service, Myers received a Purple Heart and Combat Infantryman Badge.

After leaving the Army in 1945, Myers went on to work in sales and service at Sears, Roebuck and Company. He and his wife Helen raised four children together