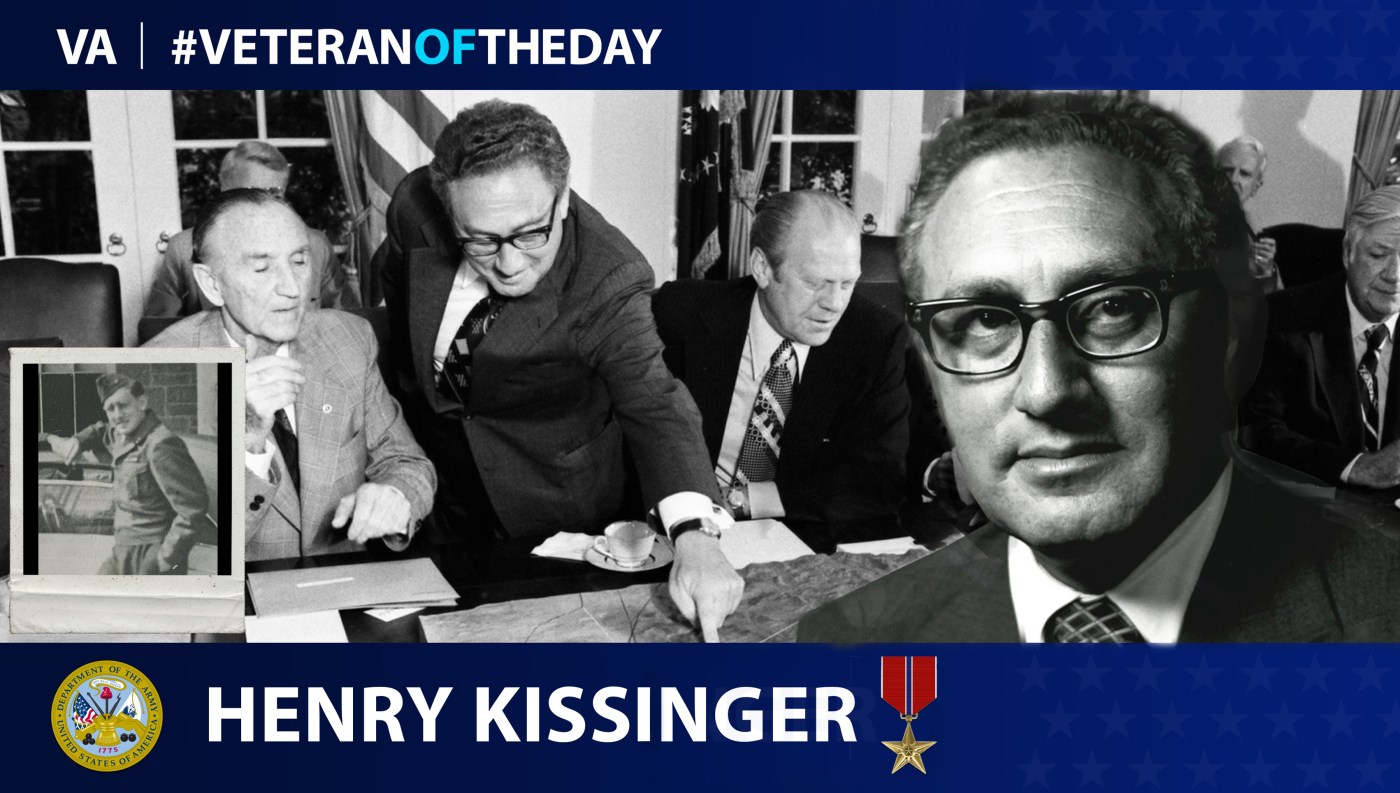 On the State Department’s anniversary, today’s #VeteranOfTheDay is Army Veteran Henry Kissinger, who served during WWII and later as Secretary of State.

In 1923, Heinz Alfred “Henry” Kissinger was born to his German Jewish parents in Fürth, Germany. At 15 years old, due to religious persecution, his family immigrated to New York City. After graduating high school, he studied part-time at City College of New York. The Army drafted him in 1943, the same year he became a naturalized United States citizen.

He completed basic training at Camp Croft in South Carolina. The Army then sent him to Lafayette College in Pennsylvania for a year as an engineering student and after to the 84th Infantry Division because of the program’s dissolution. Due to his German language skills, he was served with the counterintelligence division. He identified German spies and interrogated German prisoners of war. He also served during the Battle of the Bulge in intelligence.

After the war, Kissinger also took part in the denazification initiatives in Hanover and the German state Hesse as a team supervisor and earned a Bronze Star Medal for his efforts. During this time, he also returned to Fürth and found only one of his high school friends survived. He last served at Camp King in Oberursel, Germany as a teacher at the European Command Intelligence School.

After his service, Kissinger completed his bachelor’s, master’s and doctorate degrees at Harvard University. After graduation, he accepted a position with the Harvard faculty where he worked from 1954 to 1971. In 1969, under Presidents Nixon and Ford, he became the eighth United States National Security Advisor. From 1973 to 1977, Kissinger served as Secretary of State.

Kissinger published a three-part memoir entitled Years of Renewal.  He received numerous awards as a civilian, including a Nobel Peace Prize and a Dwight D. Eisenhower Medal of Leadership and Service.