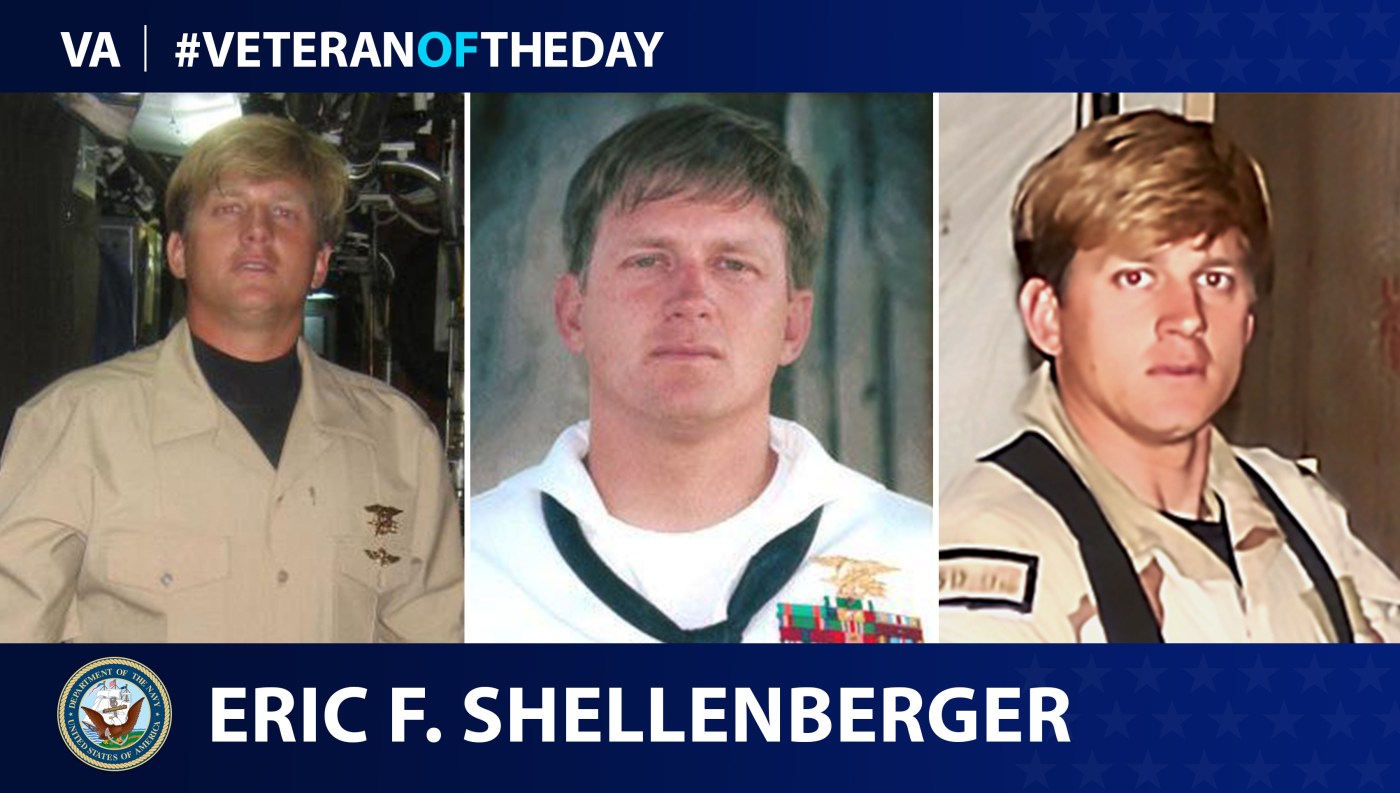 Eric Shellenberger was born in 1972 and moved around the east coast of the United States as a child. He was born in Tampa, Florida, attended North Penn High School in Pennsylvania and graduated from Abundant Life Academy in South Carolina in 1990.

After high school, he briefly attended the University of North Carolina before enlisting in the United States Marine Corps in 1991. As a Force Recon Marine, Shellenberger served in Somalia, Sudan and Japan. He served in the Marines for eight years attending Airborne, Army Ranger and Combat Dive schools.

Shellenberger changed branches and began his career in the Navy in November 1999. In April 2000, he reported to Basic Underwater Demolition/SEAL training in Coronado, California. He graduated with Class 232 Jan. 26, 2001 as class honor man and earned his Trident the following June. He subsequently served with SEAL Team 1 from 2001-2004. Afterwards, Shellenberger completed additional training with Naval Special Warfare Group Advanced Training based in Virginia Beach, Virginia before reporting to Seal Delivery Vehicle Team 1 based in Pearl City, Hawaii in 2005. Over the course of his Navy SEAL career, Shellenberger completed multiple deployments to Iraq and Afghanistan.

Shellenberger died following a diving-related incident while conducting Seal Delivery Vehicle training in the waters of Washington State May 7, 2009.