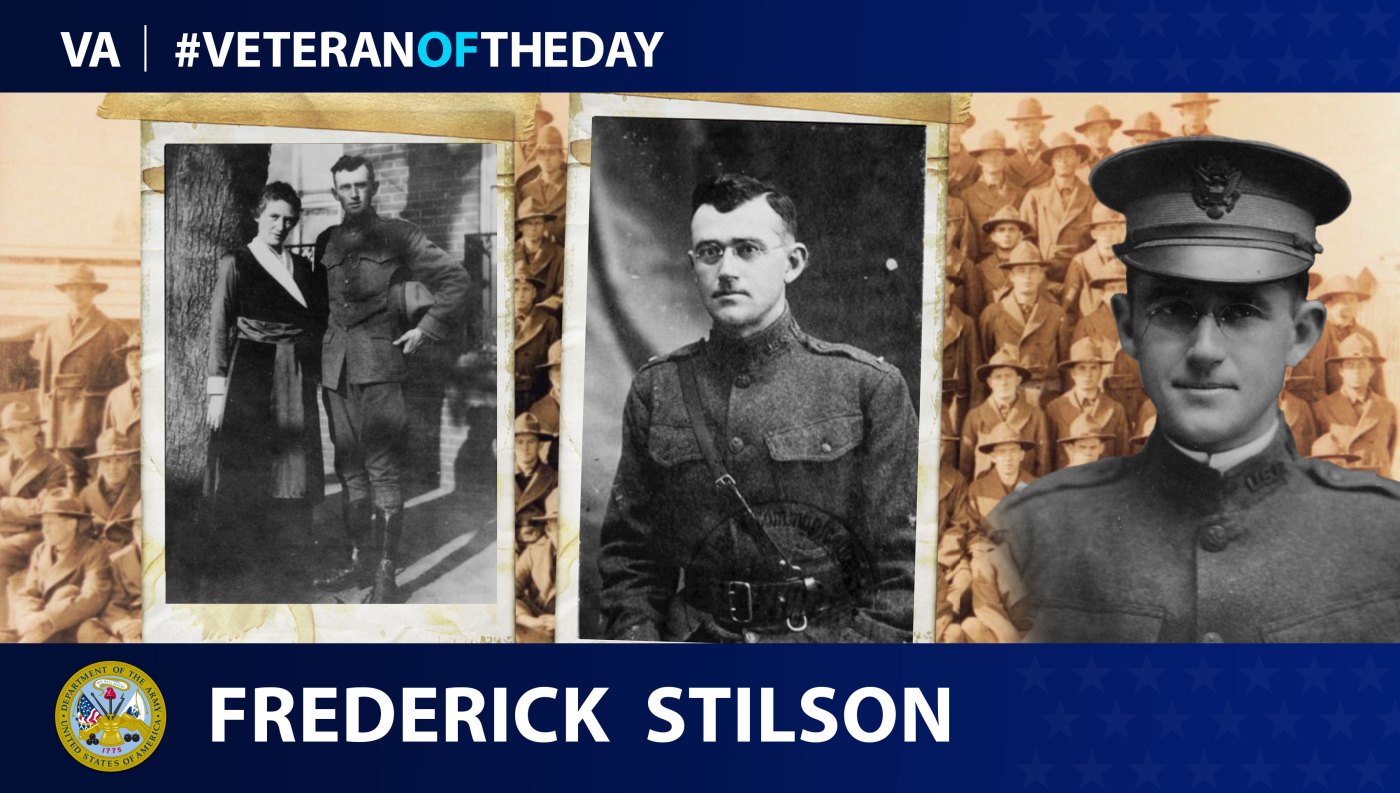 Today’s #VeteranOfTheDay is Army Veteran Frederick Clarence Stilson, who served during World War I from 1917 through the armistice.

Frederick Stilson was in France in 1918 when the news came. An armistice was to go into effect at 11:00 am. It was about 10:45 am., and in the short time available to both sides, the Germans and the Allies fired as many rounds as possible at each other. In Frederick’s words, it was as if each gun crew was trying to outdo the others. According to his recollection, 23 to 27 shots a minute rang out until 11:05 am when the cease fire started. He said an eerie silence followed.

Before joining, Stilson worked as an engineer at the Interstate Commerce Commission. He registered for the draft and served in the National Guard. When the U.S. joined the war after a German U-boat sank RMS Lusitania April 6, 1917, the National Guard immediately mobilized.

Stilson received his orders to report to Fort Sheridan, Illinois, for training as a lieutenant in the Army Corps of Engineers. He left for Chicago May 15, 1917. After five weeks of training, Stilson went to Fort Leavenworth in Missouri. From there, he went for more training at Camp Meade, Maryland, and spent the remainder of his time training stateside until he set sail for Europe Jan. 21, 1918.

Stilson was on a ship that carried around 4,000 men as well as cargo. Many of the men became seasick and were packed “like rats in a cage.” They arrived in Brest, France, Feb. 3, 1918. After a short time in Brest, Stilson went to St. Nazaire where he served at a U.S. base port. St. Nazaire consisted of an inside and outside harbor where Stilson and the other engineers checked and unloaded material. In addition to those duties, Stilson’s unit also built parking areas and roads.

After St. Nazaire, Stilson went to the front in Toul, France, where the Germans shelled. The Germans usually bombed at night or in the early morning. Unfortunately, engineers had to repair roads during that time, which placed Stilson directly in the enemy’s firing line. Although unaware at the time, Stilson was the first American engineer officers to lead a group of men to repair roads on the Western front.

Learn more about Stilson’s experiences in WWI and view over 200 photos on the Veterans History Project website at: http://memory.loc.gov/diglib/vhp/story/loc.natlib.afc2001001.02054/.