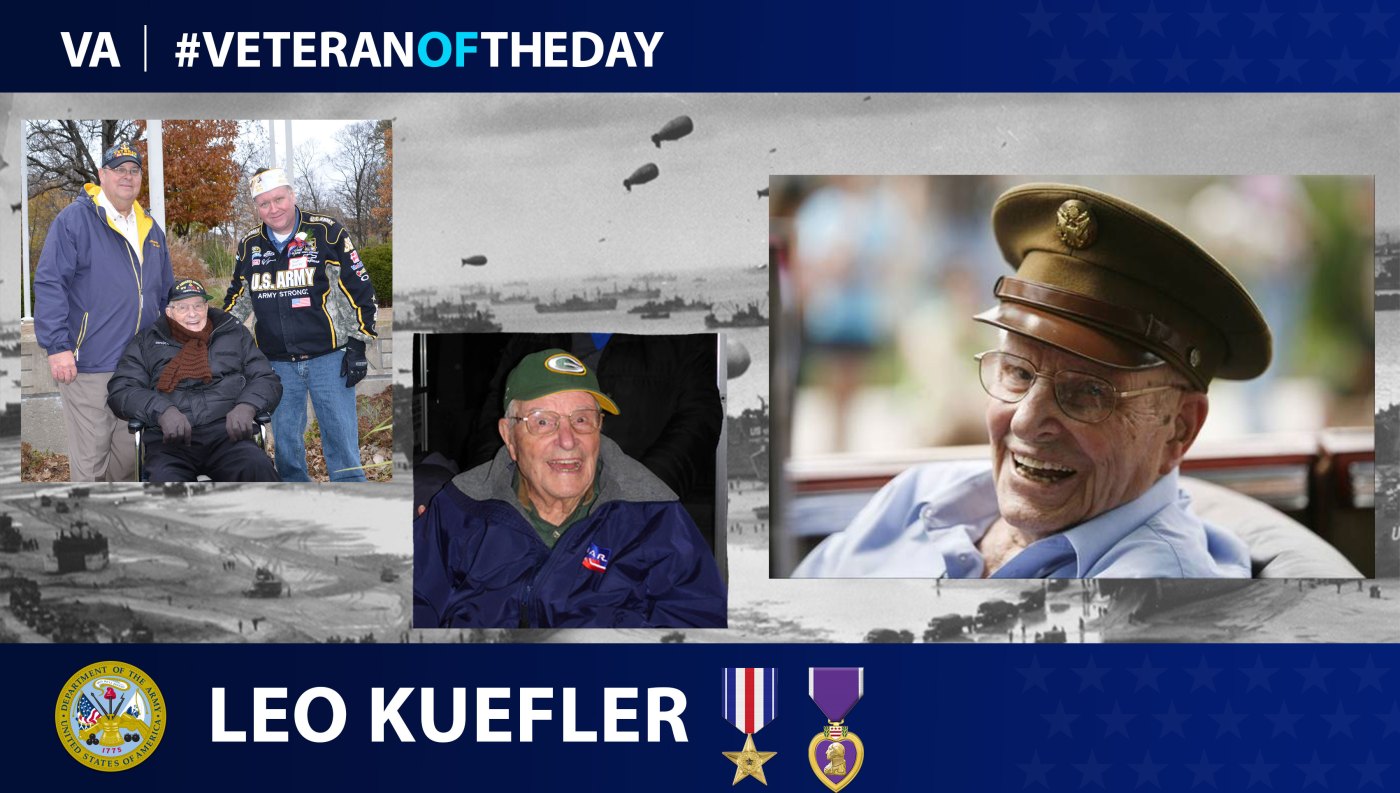 Today’s #VeteranOfTheDay is Army Veteran Leo J. Kuefler, who served during World War II from 1942-1946 and landed at Normandy.

Leo Kuefler was born in Lake George, Minnesota, in 1916. The Army drafted him in 1942 after the Japanese attack on Pearl Harbor. He completed basic training at Fort Knox, Kentucky. After graduating, he went to Pine Camp, New York, with the 35th Tank Battalion of the 4th Armored Division.

Kuefler’s division landed on the Omaha and Utah beaches on D-Day Plus 36. Kuefler also fought in the Battles of St. Lo and Brest in France.

Kuefler was medically discharged from the Army in 1946. He received a Silver Star, Purple Heart and Good Conduct Medal.
Leo Kuefler died in 2014. He was 98.