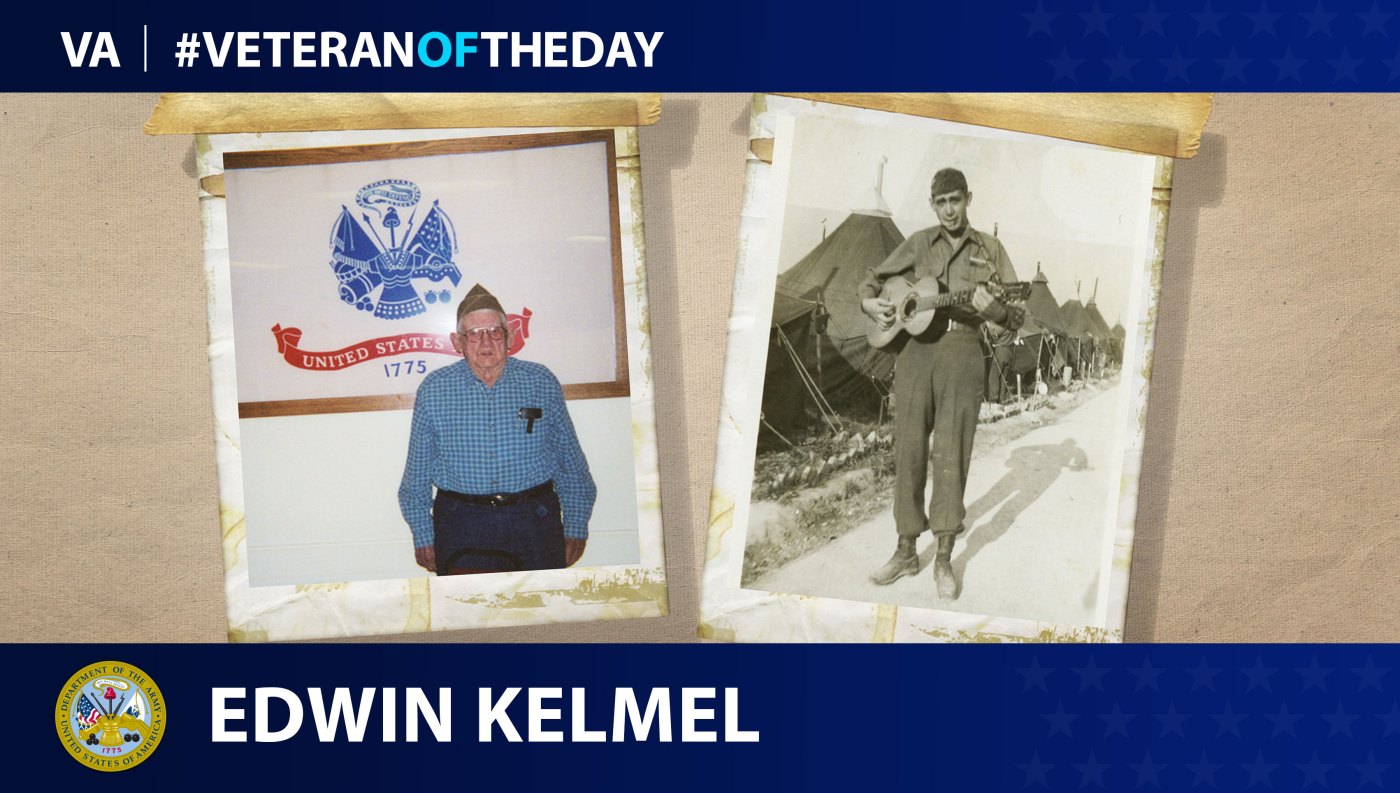 Today’s #VeteranOfTheDay is Army Veteran Edwin Kelmel, who helped capture a bridge across the Rhine River during World War II.

The Army drafted Edwin Kelmel. Because the nation had a farm labor shortage, the Army sent him home. In 1944, the Army again drafted him. This time, they sent him to Fort McClure in Alabama for 12 weeks of training.

After training, Kelmel joined the 78th Infantry Division in Germany, where it took just 13 days from leaving America to find himself in a foxhole on the front lines. Kelmel recalled a small German town with a machine gun atop a barn. Germans pinned down his unit until a soldier lobbed a grenade into the barn’s stovepipe and forced the German soldiers out.

One day, an explodying shell knocked Kelmel unconscious. He woke up thinking the Germans carried him away. He started fighting to escape until he realized they were Americans taking him to the medics. Another time, after another explosion and another head wound, Kelmel’s sense of smell got bad. Finally, in a second round of X-rays, the doctors found shrapnel in his nose, and he kept it as a souvenir.