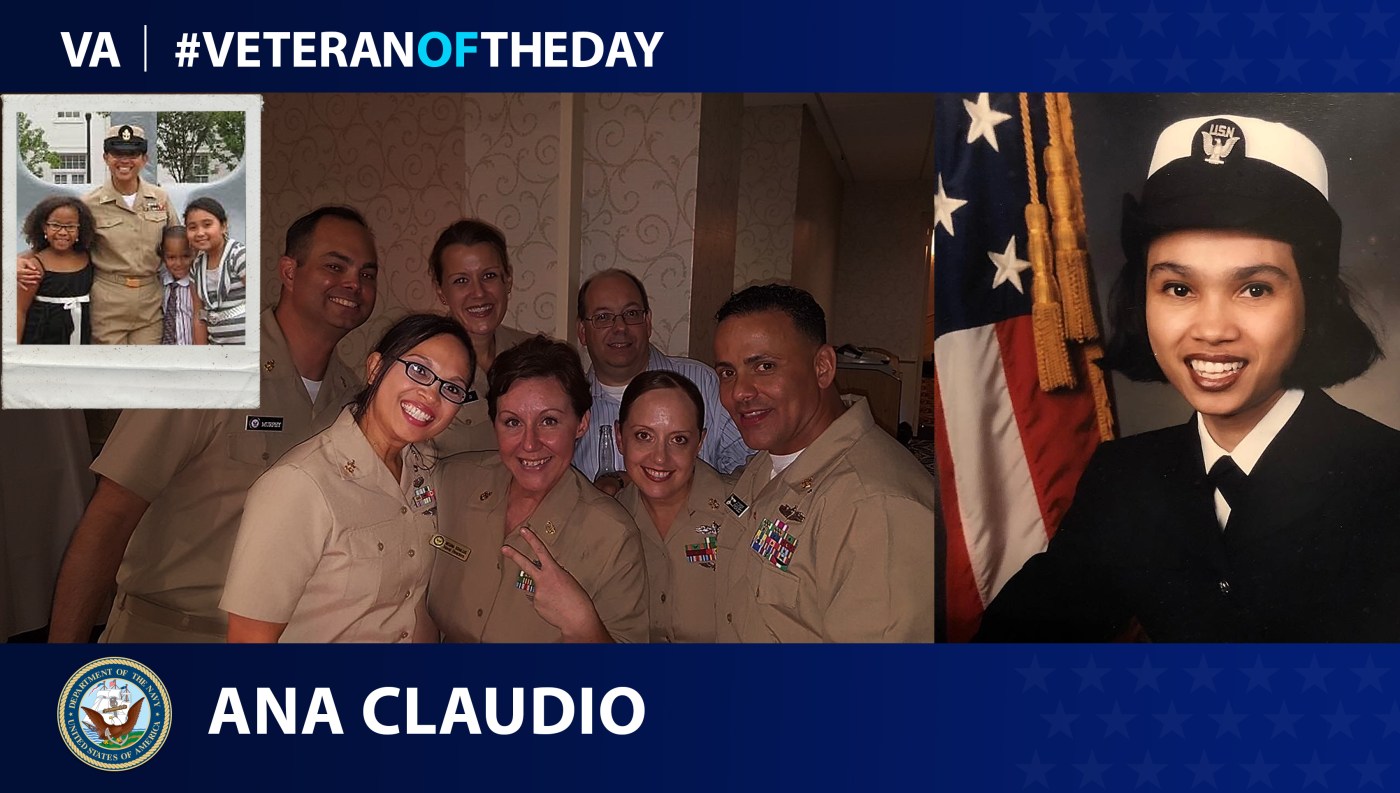 Today’s #VeteranOfTheDay is Navy Veteran Ana Claudio, who served in the Middle East during Operation Enduring Freedom on the USS Dwight D. Eisenhower.

Ana Claudio hailed from Brooklyn, New York, but moved to Puerto Rico when she was a teenager. She attended Columbia College in Columbia, Missouri, where she received her associate degree.

In May 1995, Claudio enlisted in the Navy. She went to Naval Air Station Pensacola Corry Station in Pensacola, Florida, for training as a cryptologic technician. Claudio later transferred to the Naval Computer and Telecommunications Area Master Station Pacific in Wahiawa, Hawaii.

In 2001, Claudio transferred to the Office of Naval Intelligence at the Pentagon in Arlington, Virginia. In 2005, Claudio became part of the tenant command unit, Tactical Training Group Atlantic (TACTRAGRULANT), which is part of the Training Support Center Hampton Roads in Virginia Beach, Virginia. TACTRAGRULANT trains strike group staff through the Fleet Readiness Training Plan.

From 2005 through 2008, Claudio served on the staff of the commander of the Second Fleet. She became an executive assistant to the commanding officer of the Joint Task Force located at Guantanamo Bay, Cuba, in April 2008. In April 2009, Claudio returned to the United States to serve as a senior administrative officer at the Defense Language Institute in Washington D.C.

In July 2018, Claudio returned to the Training Support Center Hampton Roads to serve as an assistant command security manager until her retirement from active duty in June 2019. She retired as a senior chief yeoman.