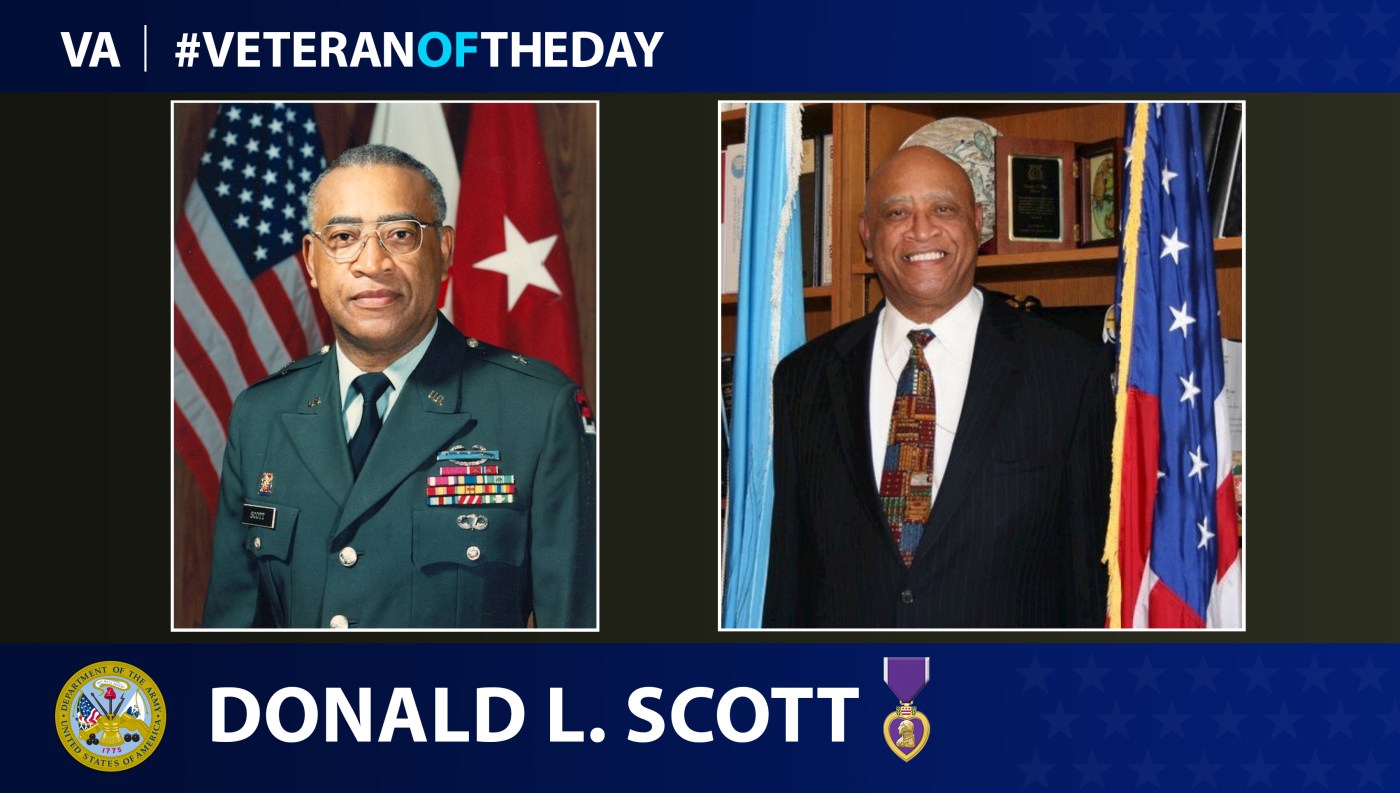 Today’s #VeteranOfTheDay is Army Veteran Donald “Don” L. Scott, who served over 31 years in the Army and retired as a brigadier general.

Donald Scott was born in Hunnewell, Missouri, in February 1938. While he was in high school, the Supreme Court desegregated public schools. He transferred to Monroe City High, where he graduated in 1956 and would be the first in his family to go to college. Scott attended Lincoln University.  He earned his bachelor of arts in graphic design in 1960. The university was a land-grant college, requiring every student to take two years of reserve officer training.

When he graduated, he also received a commission as a second lieutenant. His initial training was in Fort Benning, Georgia. There he earned his airborne wings. Then it was off to Fort Leonard Wood as the company training officer.

When his initial two-year period ended in the fall of 1962, he extended his active duty status. Recently married to Betty Jean Forte, the two moved to Fort Holabird, Maryland. Scott became a special agent operating out of Chicago. This opportunity led to a recommendation to join the Special Action Force Asia and First Special Forces Group in Okinawa, Japan.

To prepare for the trip overseas, he passed a 47-week Vietnamese immersion class. He spent two months in Thailand. When he returned to Okinawa, he promoted to major and went to Vietnam.

Landing in Cam Ran Bay in 1969, Scott deployed with the Fourth Infantry Division at Camp Enari. Initially, he was supposed to work as an intelligence officer. He swapped jobs to work in the division’s psychological operations unit, working with the local Montagnard tribes.

He returned to the United States and started teaching in Tuskegee. Scott was an assistant professor of military science for a short period. He received orders to return to Vietnam in 1972. By the end of the year, he was back in the United States with his family.

In 1982, Scott would go to Germany at the Seventh Army Training Command in Grafenwoehr. He remained in Germany until 1986 when he promoted to brigadier general. He received the one-star insignia and wore it for five years before his retirement from the Army in 1991.

Scott remained active after retiring. In 1992 he earned his master’s degree from Troy University in counseling and human development. He later served as the chief operating officer and chief of staff for the mayor of Atlanta. Scott then became the founding director and chief executive officer of the AmeriCorps National Civilian Community Corps. In 1996 he accepted the role of the Deputy Librarian of Congress. He retired again in 2006.

In 2015 his book, Recipient of Grace, published. It covers his 31 years in the armed forces and his continued commitment to public service after.