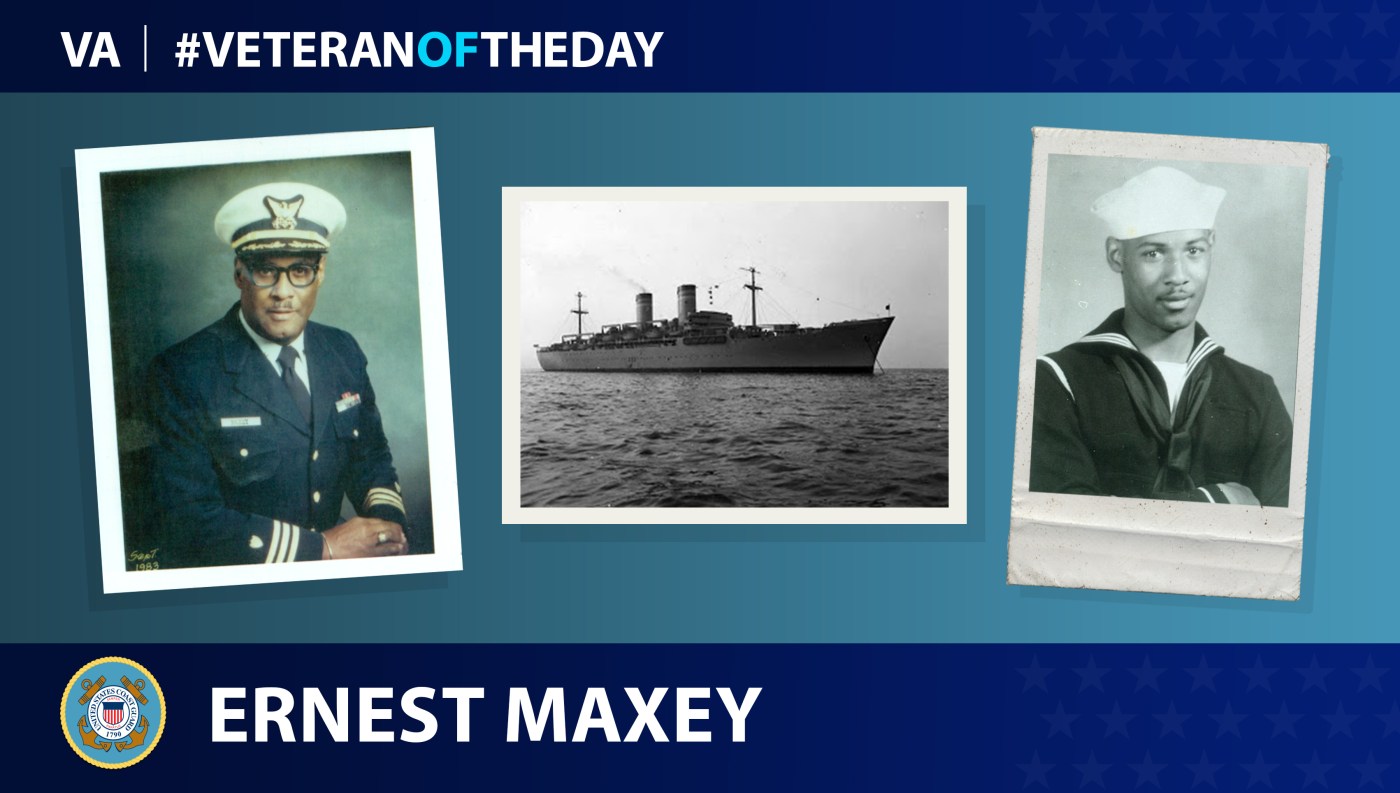 Today’s #VeteranOfTheDay is Coast Guard Veteran Ernest T. Maxey, who served during World War II and retired in 1983 from the Reserve.

Ernest Maxey was living in Chicago, Illinois, when the Japanese bombed Pearl Harbor in December 1941. He enlisted and completed basic training at the Coast Guard’s Training Center in Manhattan Beach, New York. He then served at Fort Trumbull, Connecticut, and worked in the galley.

Though he promoted to working the chief’s table at Fort Trumbull, Maxey wanted to work beyond the galley. He took aptitude tests that qualified him to attend the Coast Guard Academy in New London, Connecticut. He could not attend due to his race.

Maxey’s hard work paid off when he attended signalman school in Manhattan Beach and became one of the two African-Americans out of 140 students attending. He finished in the top 10 percent and promoted to signalman third class. After working at a lighthouse in Long Island Sound and completing the signal/semaphore exam, Maxey promoted to signalman second class and joined the crew of the troop transport ship USS General W.H. Gordon, which transported American soldiers between ports in the U.S., Africa and Europe. The USS General W.H. Gordon visited all the major ports in England, France, Italy and North Africa before its return to the U.S. After his tour on the USS General W.H. Gordon, Maxey returned to New York and worked as a signalman at the Seamen’s Institute until the end of the war in August 1945. He then discharged.

Maxey returned to the Coast Guard in the 1950s to serve in the Reserve and was accidentally assigned to the USCGC Mackinaw, becoming the only African-American member of the crew. One of Maxey’s memorable moments during his deployment on the USCGC Mackinaw was when Queen Elizabeth II of England visited Chicago on her yacht the HMS Britannia. Canadian escort vessels tried coordinating with US ships using semaphore and signal lights, but the crew of the USCGC Mackinaw was unable to read the signals. Maxey’s training allowed him to act at the visual communicator between the USCGC Mackinaw and Canadian ships during the queen’s visit.

After his promotion to lieutenant junior grade, Maxey worked on a buoy tender in Toledo, Ohio. He later promoted again to lieutenant commander in 1980. After Maxey faced discrimination, the Coast Guard reviewed and changed several of its civil rights policies. As a result, Maxey became executive officer of the Reserve Office in Chicago and finally promoted to commander before his retirement in 1983.

After his retirement from the Coast Guard Reserve, Maxey became the first black detective for the Chicago Hyde Park Police department. He also is active with the Retired Legion and the American Legion of Retired Officers.