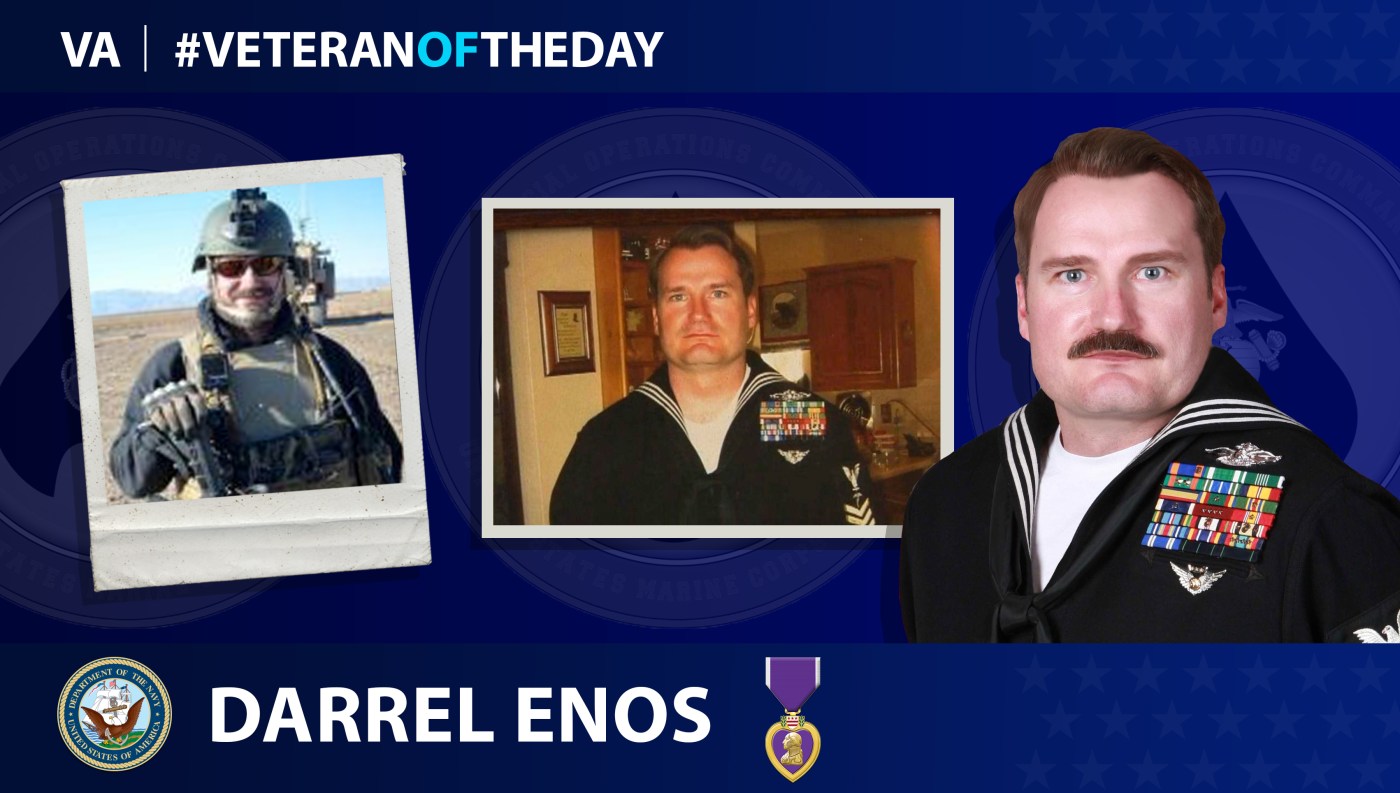 Today’s #VeteranOfTheDay is Navy Veteran Darrel L. Enos, a corpsman who deployed in support of both Operations Enduring Freedom and Iraqi Freedom.

Darrel Enos was a native of Colorado Springs, Colorado and graduated from Mitchell High School in 1994. In January 1995, he enlisted in the Navy and subsequently attended boot camp at Great Lakes, Illinois.

Following graduation, Enos trained as a hospital corpsman in San Diego, California. He then attended Aviation Medical Technician School in Pensacola, Florida. First, he reported to a carrier airborne early warning squadron. Then in 1998, he transferred to 3rd Marine Aircraft Wing. In 2003, Enos was deployed in support of Operation Iraqi Freedom as a senior corpsman to Marine Unmanned Aerial Vehicle Squadron. He completed two additional tours to Iraq assigned with Marine Aircraft Group 26. In 2006, Enos completed the Surface Force Independent Duty Corpsman School in San Diego. Later in July 2007, he was ultimately selected to become a special amphibious reconnaissance corpsman and serve with Marine Corps Forces Special Operations Command (MARSOC).

With MARSOC, Enos completed three tours of duty in both Afghanistan and Iraq. On Aug. 17, 2012, he was preparing for an Afghan Local Police inauguration ceremony. An Afghan Local Police recruit opened fire on the team in a “green on blue” attack, mortally wounding Enos and a Marine. Enos was serving his seventh tour in the Farah province, Afghanistan with the 3rd Marine Special Operations Battalion based in Camp Lejeune, North Carolina.

He leaves behind his wife, son, and three daughters.