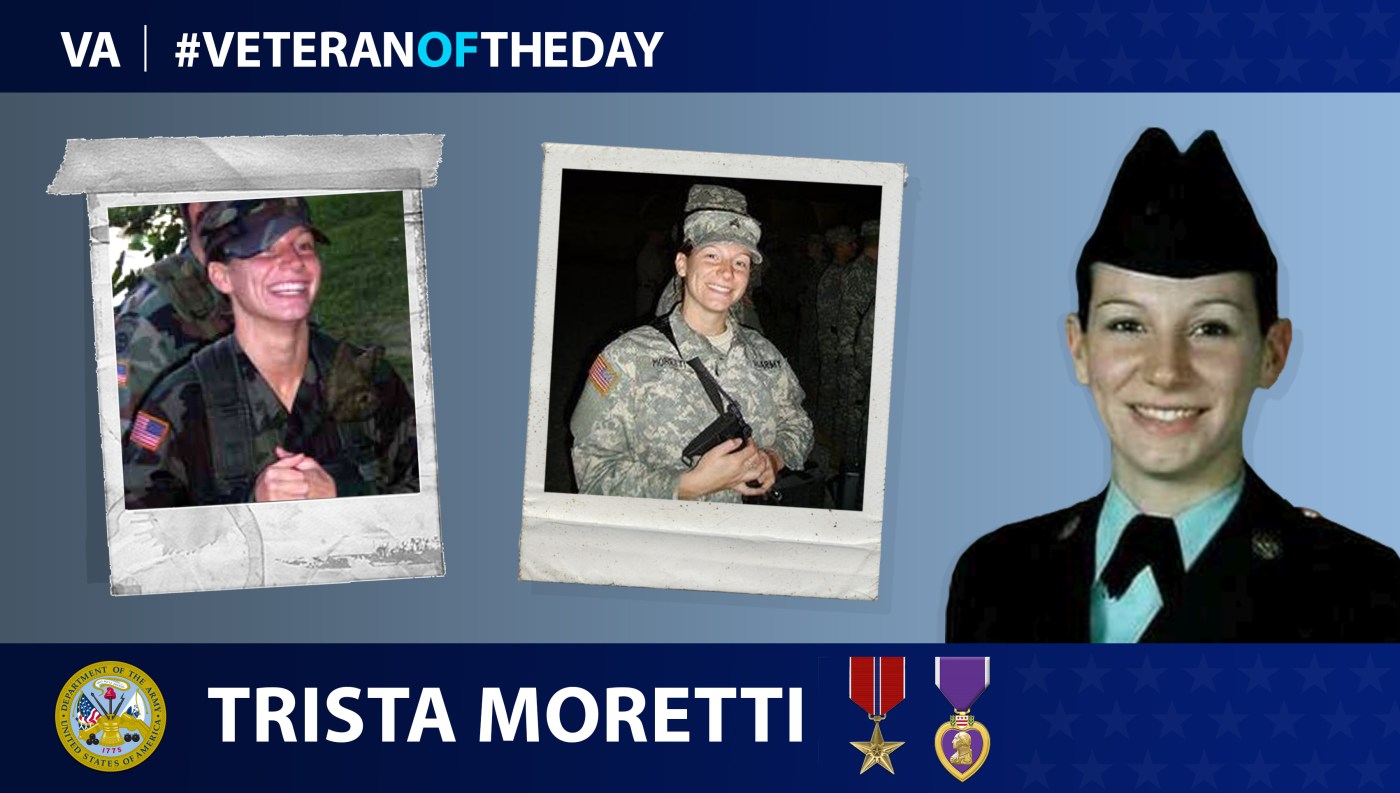 Today’s #VeteranOfTheDay is Army Veteran Trista Moretti, who served from 2003-2007 and was killed in action during Operation Iraqi Freedom.

Trista Moretti was born in 1980 in South Plainfield, New Jersey. She was a go-getter from an early age, motivated to excel in everything she did. After graduating from South Plainfield High School in 1998, Moretti attended William Paterson University until 2000. In 2003, she enlisted in the Army.

After graduating from training, Moretti traveled to Medina Regional Security Operations Center Command in Texas, where she began cryptologist training. In late 2005, she reported to the 425th Brigade Special Troop Battalion of the 25th Infantry at Fort Richardson, Alaska. Over time, she became adept at gathering and protecting sensitive information.

In 2006, Moretti deployed with the 425th Brigade to Iraq in support of Operation Iraqi Freedom. Her unit served at Forward Operating Base Kalso in Nasir Lafitah, Iraq. On June 25, 2007, insurgents attacked the base with mortars, and a shell exploded near Moretti, killing her. Moretti was 27. She posthumously receive a Bronze Star Medal, Purple Heart and Combat Action Badge.