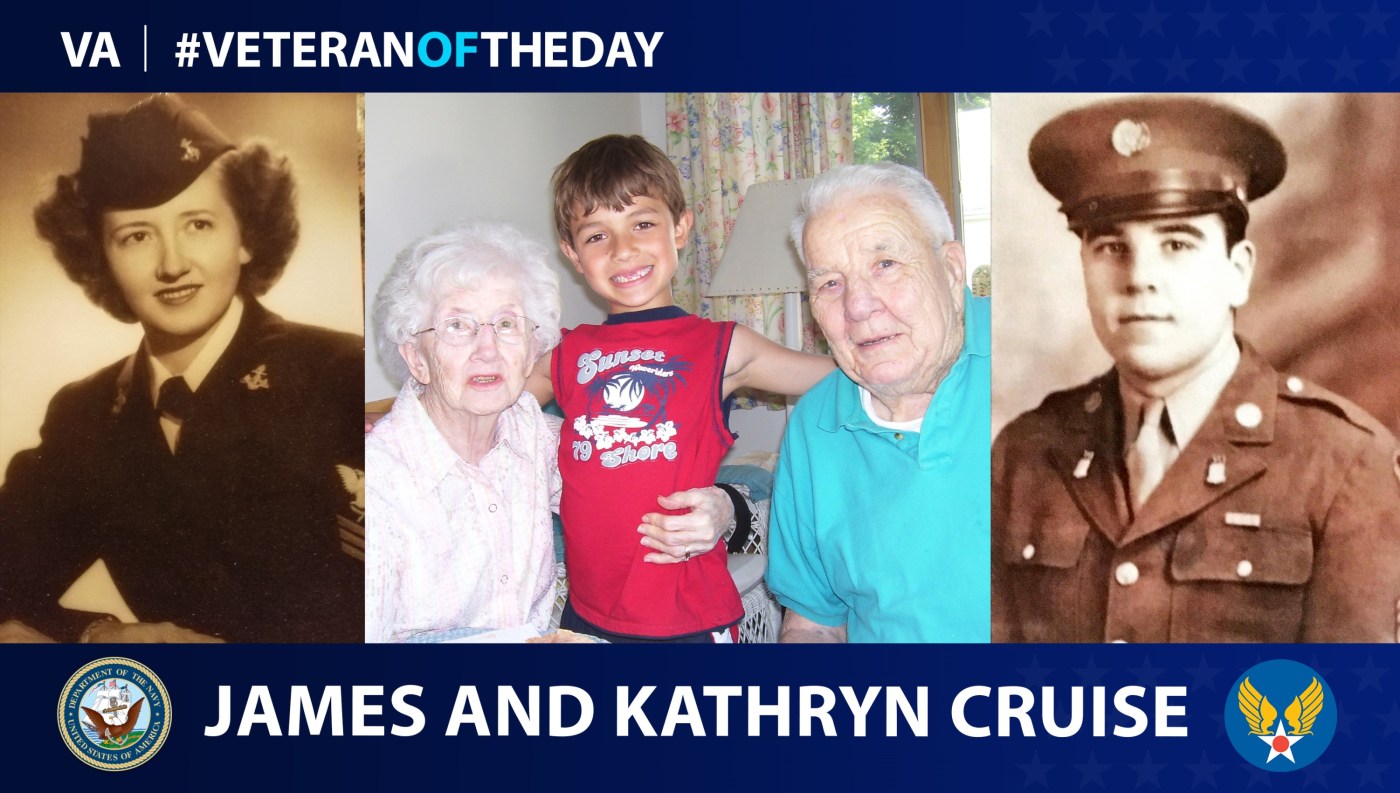 James Cruise was born in Brockton, Massachusetts, in 1915 to Irish immigrants. He was one of nine siblings in a devout Catholic family, where his parents encouraged a love of family and country. Cruise had two brothers who served in the Army during World War II.

He enlisted in the Army Air Forces in 1942. He received advanced medical training and served at Bowman Field, Kentucky. There, he trained with the 807th Medical Air Evacuation Transport Squadron.

In November 1943, Cruise deployed from Catania, Sicily, on a C-53 aircraft to Bari, Italy, alongside medics, nurses and a flight crew. Their main objective was to transport wounded soldiers from behind the front lines to military hospitals. Severe weather often hindered their efforts. In one instance their plane went off course, shot down in Albania. Cruise and the crew managed to avoid the Nazis for 63 days using their Survive, Evade, Resist and Escape training. British forces eventually rescued them. Their books Albanian Escape, Out of Albania, The Secret Rescue and The Savage Will documented their story. Cruise honorably discharged from the Army in 1946.

Kathryn Orient was born in Cleveland and raised on a farm in Painesville, Ohio, with her seven siblings. Her parents brought her up to have strong family values, faith in her Catholic religion and dedication to her country. After graduating from high school, Orient attended junior business college in Ohio. When her three brothers enlisted in the Navy, Orient enlisted in the Navy’s Women Accepted for Volunteer Emergency Service (WAVES) program in December 1943. She attended basic training in the Bronx in New York City and later took advanced courses in business administration at the U.S. Naval Barracks in Washington, D.C.

After completing her training, Orient served in Cleveland, Ohio, at the U.S. Naval Field Branch, Bureau of Supplies and Accounts. She worked as an office manager and aide to a Navy captain. Orient used her business training to assist him with supply administration and business affairs. She honorably discharged from the Navy in August 1946.

Shortly after her discharge, Orient visited a friend from the WAVES in Brockton, Massachusetts. It was on this visit that she met Cruise, whom she found had a similar background to herself. They married in Brockton Oct. 11, 1947.

After their marriage, James worked as a supervisor in the Postal Service. Kathryn worked with the Massachusetts Rehabilitation Commission, which looks to assist individuals with disabilities to be able to live and work independently. She handmade hundreds of Afghan scarves for disabled Veterans at the VA hospital in Brockton. Kathryn also sent care packages to Afghanistan and Iraq during her son’s service in the Army. The two had three children, nine grandchildren and seven great-grandchildren.