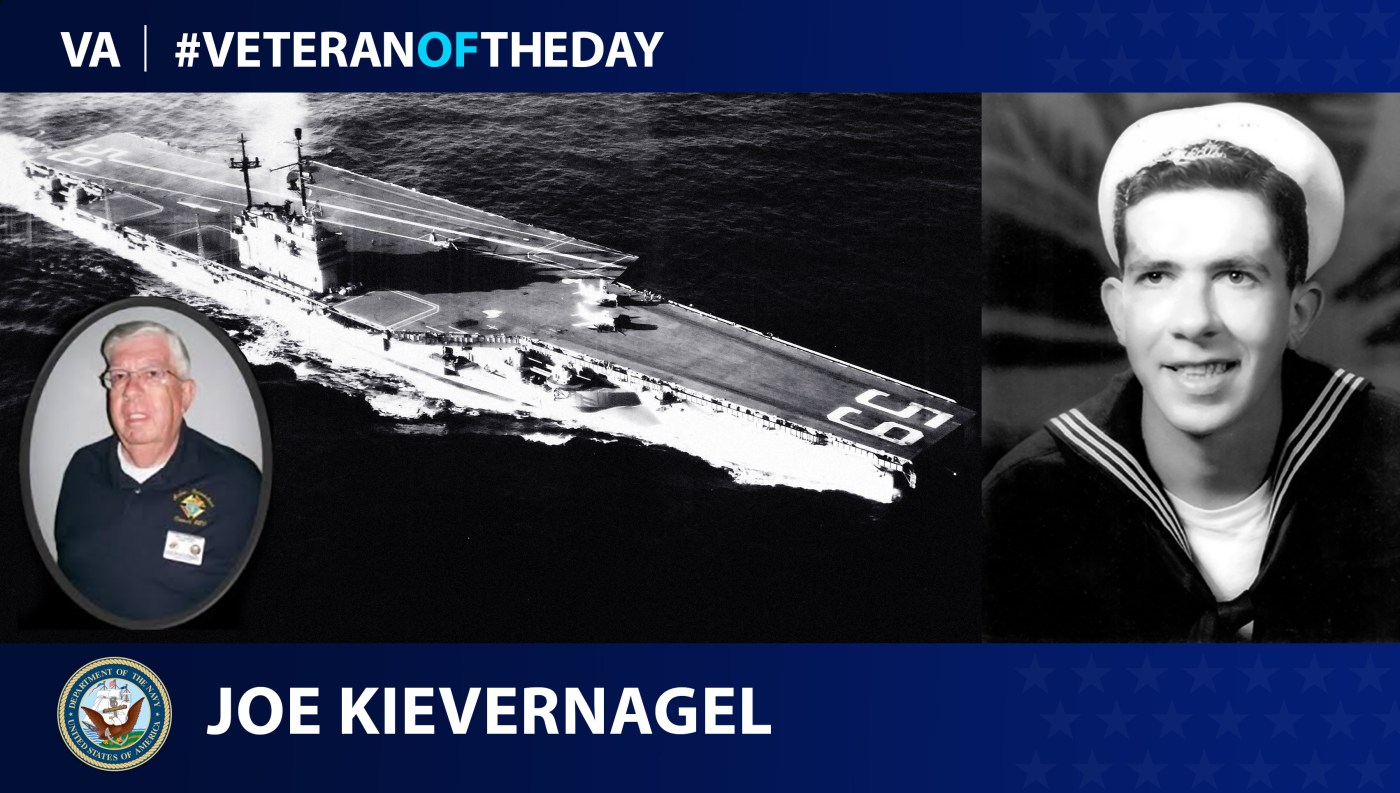 Today’s #VeteranOfTheDay is Navy Veteran Joseph Kievernagel, who served on the USS Forrestal during the July 29, 1967, fire.

Joseph Kievernagel enlisted in the Navy while living in Modesto, California in July 1964. After completing basic training at San Diego Naval Center, he attended the yeoman class “A” school. His first assignment was in the weapons department of the administrative office at Naval Air Station Cecil Field, Florida. For his work there, Kievernagel promoted to petty officer second class in October 1966.

With the escalation of conflict in Vietnam, Kievernagel became the petty officer in the administrative department for Attack Squadron 46. He served aboard the USS Forrestal in the Gulf of Tonkin. After docking briefly in the Philippines in mid-July 1967, the USS Forrestal arrived at Yankee Station. Naval aircraft carried out bombing missions in North Vietnam from this coordinate point. On July 29, 1967, as the attack squadron’s aircraft prepared to carry out an air raid when, an explosion rocked the flight deck. The explosion heavily damaged the ship’s lower decks, killing 134 members of the crew. The explosion and ensuing fire destroyed or damaged 61 of the squadron’s planes. The incident was the worst loss of life on a U.S. naval ship since World War II.

As part of the attack squadron’s administrative department, Kievernagel’s unit handled both correspondence to Naval Headquarters and the personal correspondence of those killed in the explosion or during rescue attempts. In September 1967, he received a commendation for his dedication to duty in the aftermath of the tragedy.

Kievernagel later returned to Cecil Field and was put in charge of the administrative office for Attack Squadron 46. He later was transferred to the Naval Reserves in July 1968 and, after two years, was honorably discharged in July 1970. For his service onboard the USS Forrestal, Kievernagel received the Vietnam Service Medal with a bronze star.

Kievernagel joined the Veterans of the Foreign Wars in the 1980s and served as a hospitality chairman for six years. He also helped with the VFW’s Buddy Poppy program, which oversees the creation of memorial poppies by disabled Veterans to provide financial assistance to needy Veterans. Additionally, Kievernagel is an active member of the Knights of Columbus in Sacramento, California, frequently participating in council charity events and serving as a mentor to younger Knights.