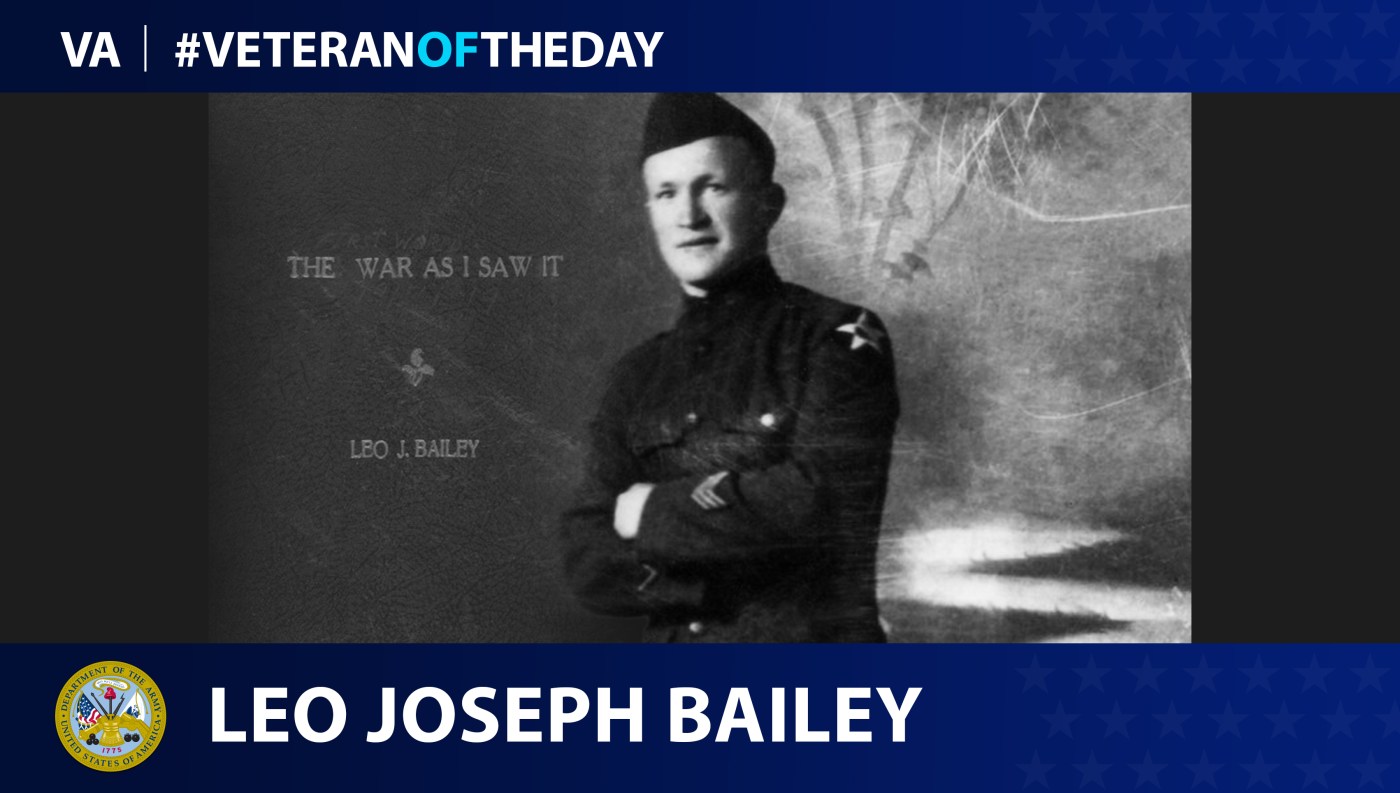 Today’s #VeteranOfTheDay is Army Veteran Leo Joseph Bailey, who escorted enemy prisoners of war in France during World War I.

Leo Joseph Bailey served at Toul, Marne, and Belleau Wood in France during his time in the Army. He first served Company M, 9th Infantry Regiment, 2nd Division. He went on to the Prisoner of War Escort Company 85 in the Army Service Corps.

“Should I stand, or do I drop on the ground, or would I try to get into my foxhole.”

Bailey dove into his dugout, but the shell injured him. He spent two months in various hospitals recovering. In his memoir, he described the daily dressing of his wounds as “the ideal life of a soldier’s dreams.”

During his time serving the Prisoner of War Escort Company 85, Bailey guarded German Prisoners of War.

“There were a few old men and a couple of young kids, and we had no trouble,” he said. “They were like we were, they wanted to go home too, glad to be alive.”

“Once the war was over there wasn’t any hatred among us,” Bailey said. He maintained correspondence with one of the three younger Germans in the Prisoner of War group. He became a sergeant in Prisoner War Escort Company 85 Oct. 16, 1919.

In 1968, Bailey and his wife embarked upon a three-week trip, according to his memoir dated Nov. 15, 1927. They explored “as much as possible all fields, places, and people that I had known 1917-1919 and all the battlefields of the Ninth and cemeteries in which former members of Company. M are buried and a visit and prayer at each grave.”