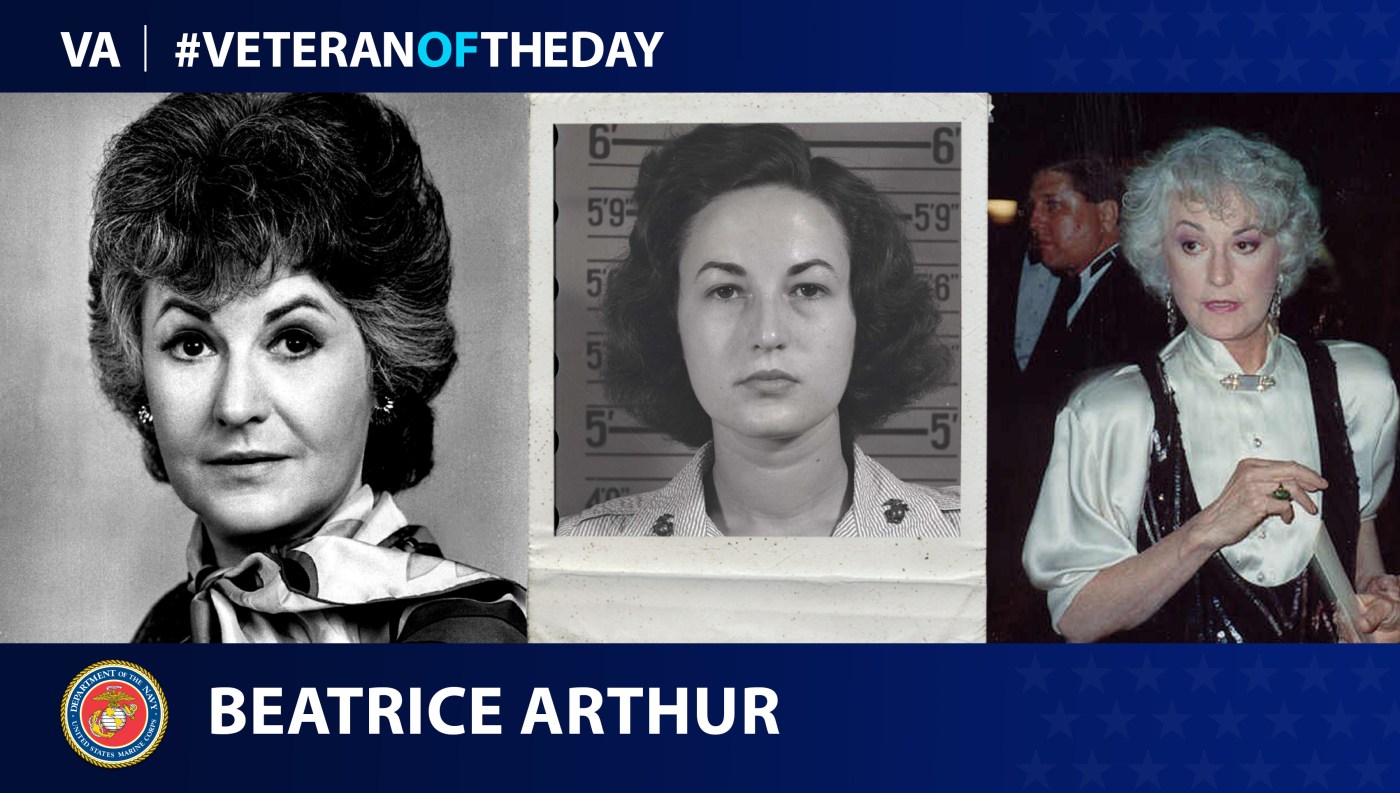 Today’s #VeteranOfTheDay is Marine Veteran Bea Arthur, who enlisted as one of the first members of the Women’s Reserve and later starred in Golden Girls.

On Feb. 13, 1943, the U.S. Marine Corps put out its rallying call: “Be a Marine…Free a Man to Fight.” Five days later, Beatrice Arthur, then Frankel, enlisted as one of the first members of the Women’s Reserve.

Born in 1922 in Brooklyn, New York, Arthur was a first-generation American, raised by Jewish immigrants from Europe. According to her enlistment paperwork, her hobbies included hunting with a .22 caliber rifle and playing the piano.

In a letter dated Feb. 23, 1943, Arthur wrote that she enjoyed working as a hospital lab technician but did not make enough money to support herself. Instead of starting a new job, she changed her mind after hearing that enlistments for women in the Marines were open. She ended her letter saying that she was eager to do whatever was needed.

As part of the enlistment process, Arthur underwent multiple interviews and personality appraisals. One male interviewer described her as “frank and open,” but also “argumentative” and “over aggressive,” without being too “cocky.” A handwritten note on the assessment sheet read: “Officious–but probably a good worker if she has her own way!”

After basic training, Arthur served as a typist at Marine headquarters in Washington, D.C. In June 1943, the Marine Corps accepted her transfer request to the Motor Transport School at Camp Lejeune, North Carolina. She said she offered more value to the Marine  Corps in this duty based on her past experience. Arthur then worked as a truck driver and dispatcher in Cherry Point, North Carolina, between 1944 and 1945.

She  honorably discharged at the rank of staff sergeant in September 1945. Afterward, she began a successful acting career, best known for her Emmy Award-winning portrayal of Maude Findlay on “Maude” and as Dorothy Zbornak on “The Golden Girls.”

When asked in a 2001 interview, Arthur denied serving in the Marine Corps. Her official military personnel file became public in 2010, a year after she died at age 86.

Arthur’s official military personnel file can be found on the National Archives website at https://catalog.archives.gov/id/74860832.