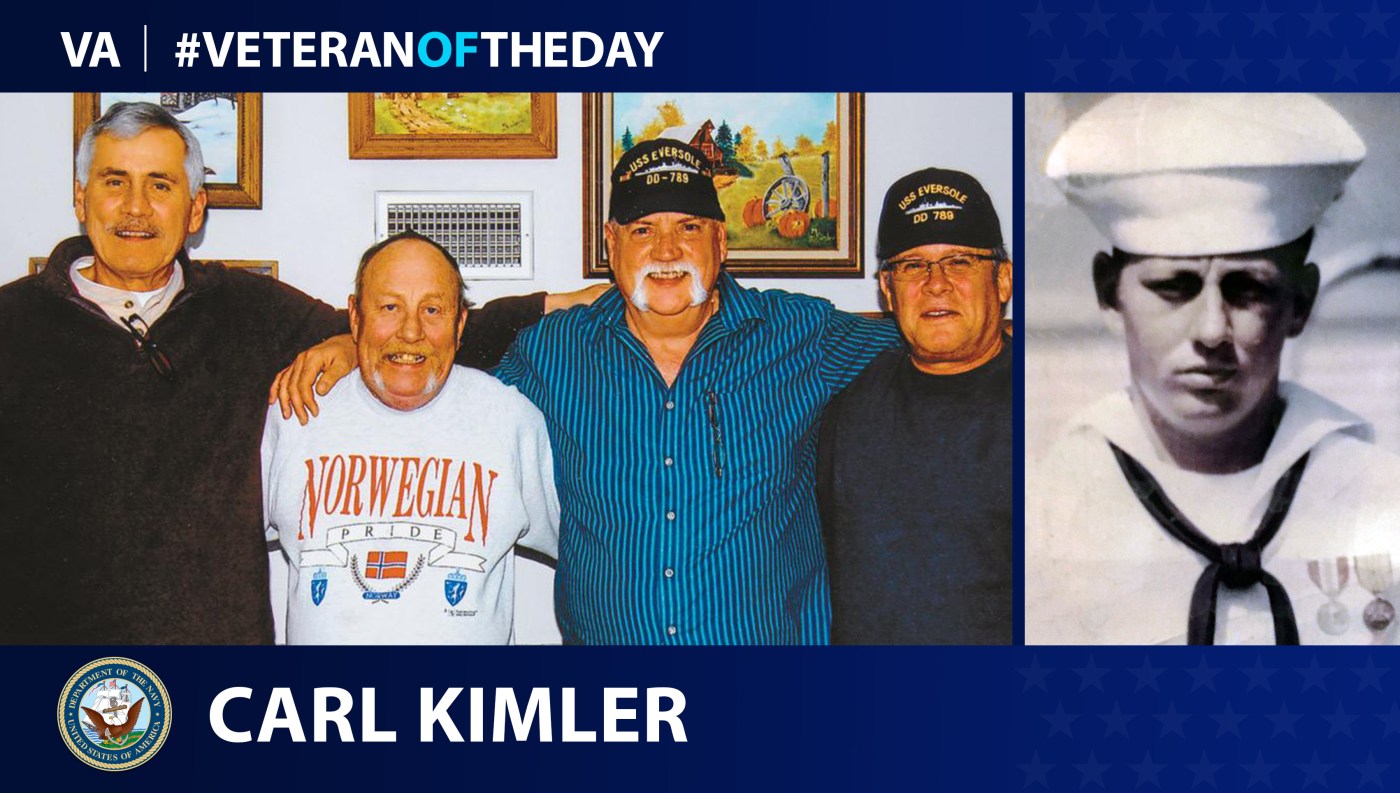 Today’s #VeteranOfTheDay is Navy Veteran Carl Kimler, who served as a signalman during the Vietnam War from April 1969 to April 1971.

Carl Kimler joined service in November 1968. He entered boot camp in January 1969 and soon after went to Vietnam

Kimler served onboard the USS Eversole (DD-789) as a signalman with a rank of E-3. The Eversole’s mission was to guard planes and screen duties for aircraft carriers. The Eversole followed aircraft carriers to look out for anything or anyone falling off. The ship’s mission also included providing artillery to support those fighting along the Saigon River.

Kimler said he once accompanied a shipmate on deck due to the heat. The Eversole took fire from grenades and machine guns propelled by enemy rockets. After a massive splash of water hit the side of the ship, a firefight broke out between the Eversole and the Viet Cong located along the shore.

After leaving the Navy, Kimler went on to work for Hy-Vee in Iowa and later transferred to Illinois, where he retired after 30 years of service. Kimler and wife, Marsha, have been married for 48 years. He enjoys spending his days with his grandkids, fishing, as well as watching NASCAR and baseball.