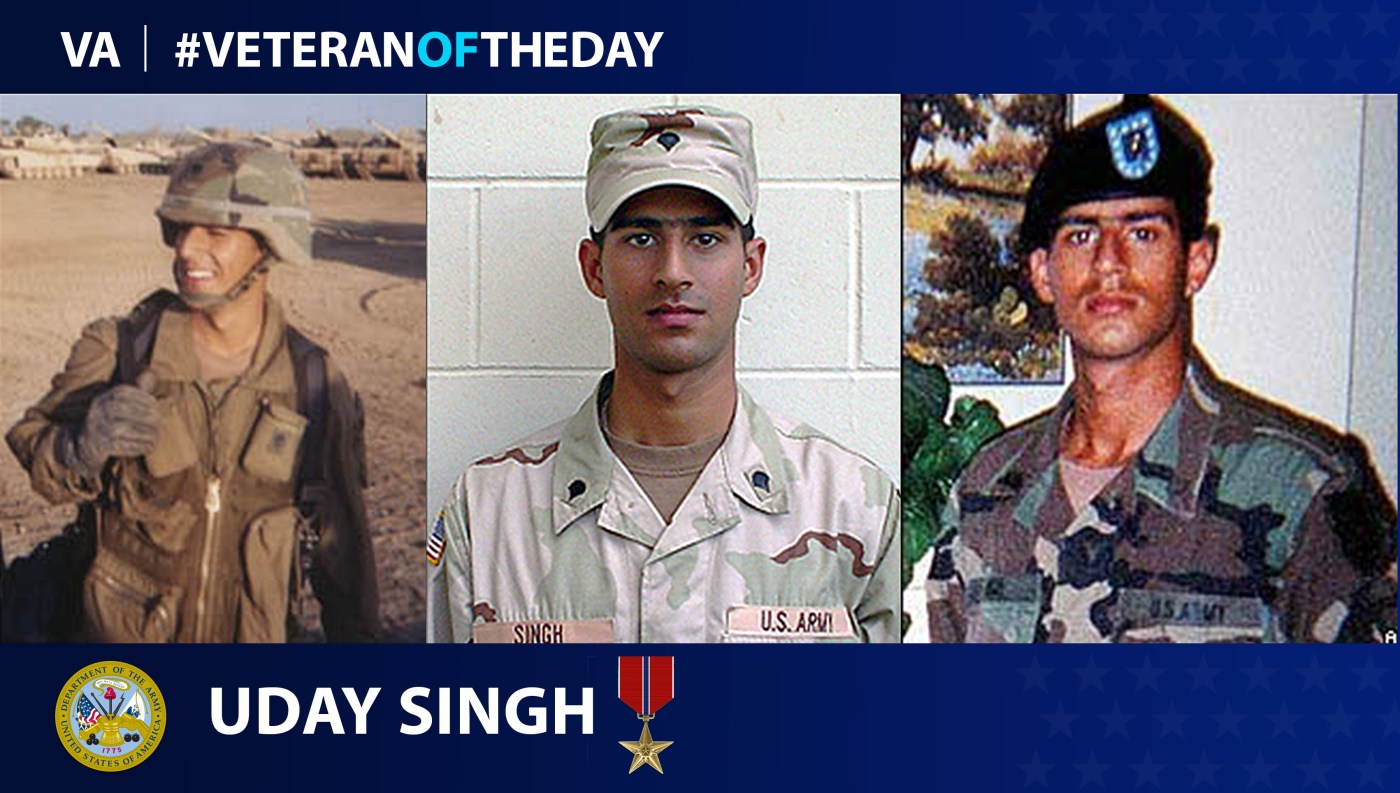 Today’s #VeteranOfTheDay is Army Veteran Uday Singh, an Indian-American soldier who was killed in action during Operation Iraqi Freedom.

Born and raised in India, Uday Singh came from a family with an extensive military background. His father was a retired Indian army lieutenant colonel, and his late grandfather was a decorated World War II Veteran. At 16, he moved to America after he had graduated from St. Stephen’s School.

In America, Singh lived with his aunt and uncle in Illinois. Singh enlisted in the U.S. Army in August 2000. He went to Fort Knox for basic training and later served with C Company, 1st Battalion, 34th Armored Regiment, 1st Infantry Division. In early 2002, he served in Kuwait for four months and received the Army Achievement Medal for his service there.

The United States invaded Iraq in March 2003. In September, Singh arrived in Iraq and served as a Humvee gunner. In emails to his family, he chronicled his experiences. “I have never been so scared in my whole life,” he wrote in one email. “The first time we got into a firefight, my body was drenched in sweat, and I was shaking so much it was unimaginable.” He also recalled a mission to Baghdad where they visited a palace of Saddam Hussein, stating how beautiful the surroundings were.

Singh was in a three-vehicle patrol unit near the city of al-Habbaniyah Dec. 1, 2003. During an ambush, the enemy shot Singh. He died on the way to a hospital.

On Dec. 13, his family and community participated in his cremation in the Indian city of Chandigarh with full U.S. military honors. The commander of the U.S. Army’s Pacific Command, Lt. Gen. James Campbell, attended the funeral as well as Indian army soldiers and American soldiers. Singh received an internment at Arlington National Cemetery Jan. 8, 2004.

Singh posthumously received a Bronze Star Medal and promotion to sergeant. When he died, Singh was only a month away from receiving his citizenship. He received U.S. citizenship shortly after his death.