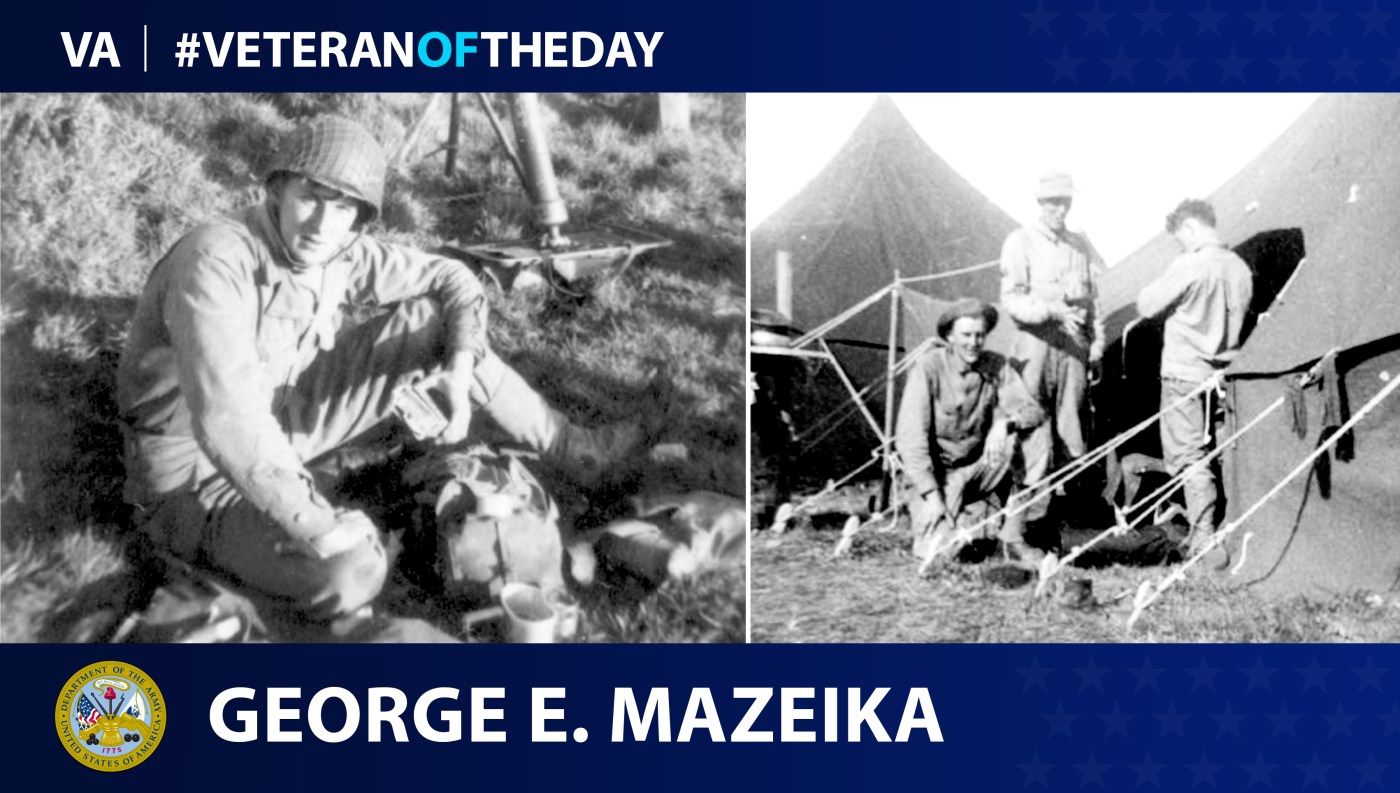 Today’s #VeteranOfTheDay is Army Veteran George E. Mazeika, who served as an infantryman in World War II from 1943 to 1945.

George Mazeika was raised in New Jersey and drafted into the military in 1943 at 24 years old. He went for basic training to Camp Crawford in North Carolina. He spent the following three months there before serving in England that same year.

When Mazeika arrived in England, he served with an infantry regiment and spent most of his time training. When he wasn’t training, Mazeika went to the local pubs with his comrades to socialize with the British and traveled to London and other small cities.

Mazeika eventually went to France where he joined the 29th Infantry Division, which made the initial assault on Omaha Beach. He then went to Belgium where he fought in the Battle of the Bulge. A week after Mazeika made it into Germany, the war ended. After the end of the war, Mazeika formed part of the occupying force in Germany for a short while. After a few months, the troops returned home.

He returned to New York City, where he discharged and reunited with his wife. Later, he returned to work in New Jersey.