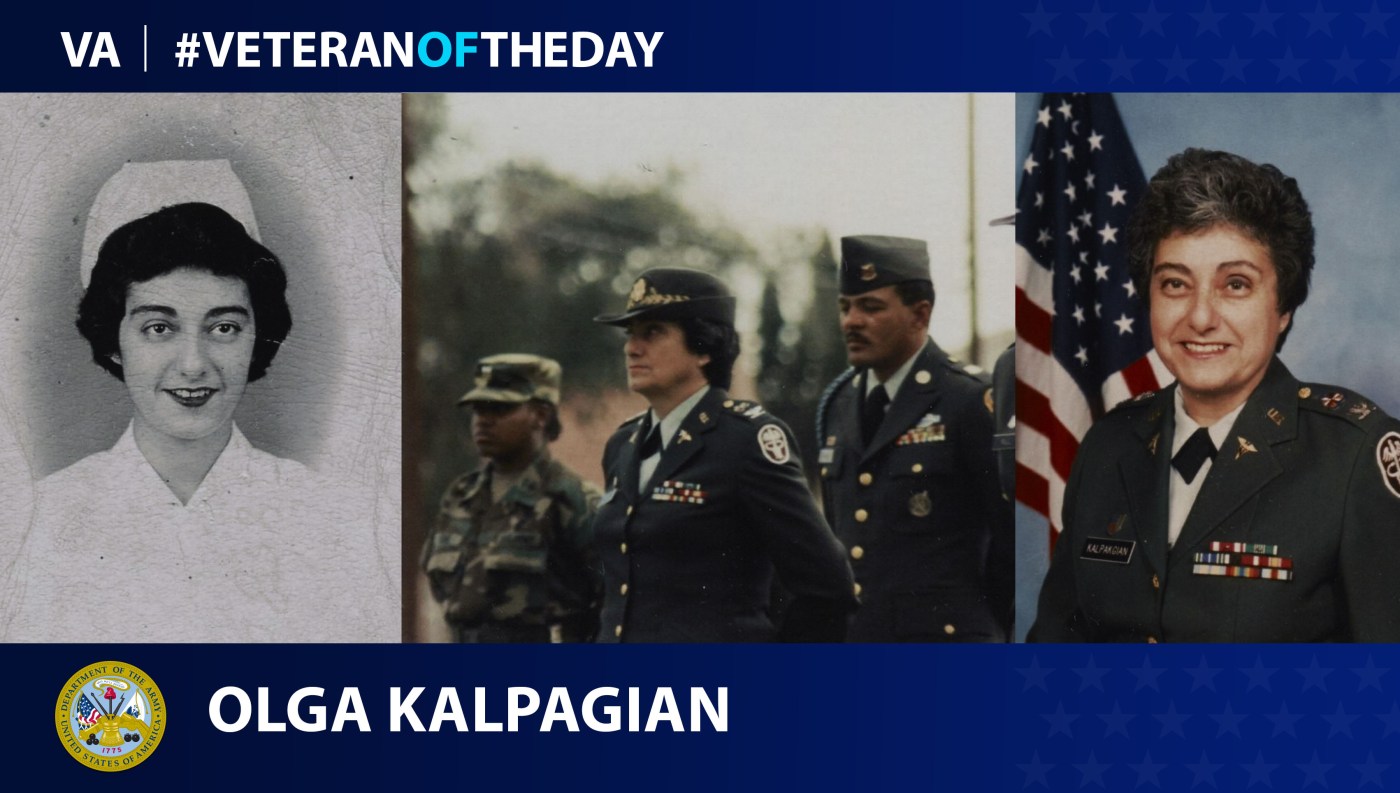 On National Vietnam War Veterans Day, today’s #VeteranOfTheDay is Army Veteran Olga Kalpagian, who served as a nurse during the war.

In 1967, Kalpagian traveled to Fort Sam Houston in San Antonio, Texas, for basic training. After training, she worked at Tripler Army Medical Center in Honolulu, Hawaii.

During the Vietnam War, Kalpagian got a lot of experience in the operating room. The medical center received patients injured during the Tet Offensive and from the explosion aboard the aircraft carrier USS Enterprise.

After the Vietnam War, Kalpagian remained in service at many different posts. While stationed at the 279th Army Station Hospital in Berlin, Germany, she traveled throughout Europe while on leave. During her career, Kalpagian served at Fort McClellan, Ala., Fort Huachuca, Ariz., and in Augusta, Ga., and Washington, DC.

During her service, Kalpagian earned the Meritorious Service Medal, Army Commendation Medal, Army Achievement Medal, and the Army of Occupation Medal. In 1991, Kalpagian retired from the Army Nurse Corps, however she did not completely rest. She continued to pursue her education and received her bachelor’s and master’s degrees after her retirement.