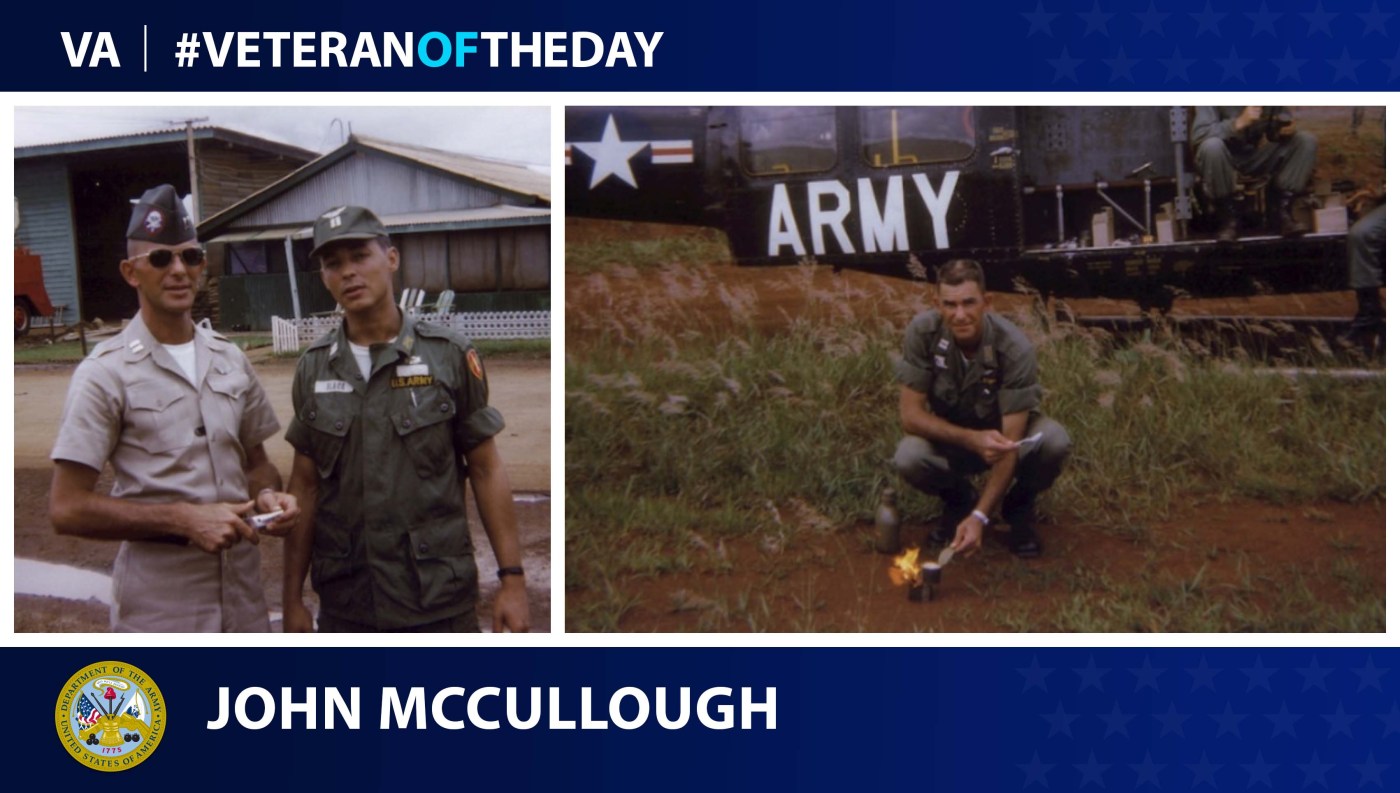 Today’s #VeteranOfTheDay is Army Veteran John Lansford McCullough, who served from 1952 to 1974 including two tours in Vietnam.

John McCullough always knew he wanted to be a soldier, as many in his family, including his father, were servicemen. He joined the Junior Reserve Officer Training Corps when he was in high school. By the time McCullough was a senior, he enlisted the Army Reserve. McCullough was a private first class when he enlisted since he already had three years of Army training.

In 1954, McCullough went to Fort Jackson, South Carolina, for basic training. He then went to advanced training at the quartermaster school at Fort Lee. McCullough soon received orders to go to South Korea in 1955 as part of the 24th Infantry Division. He was a supply sergeant during this time.

McCullough always wanted to be a paratrooper. In 1960 he received the opportunity to attend Airborne Jump School at Fort Benning. After earning his jump wings, McCullough went to the headquarters company of the 504th Infantry Regiment. He was an assault gun platoon leader and then later part of a recon platoon. Soon after McCullough was in charge of air movement tables, loading troops and scheduling jumps and drops.

In 1965, McCullough served with the 170th Assault Helicopter Company and deployed to Vietnam. During this time, McCullough accumulated over 900 combat hours and earned 24 air medals. He flew almost every day, sometimes up to ten hours each day. McCullough took troops and supplies wherever they needed to go. During his last 45 days in the country, McCullough had the opportunity to work with special forces, who were flying missions in Laos at the time. At one point McCullough had to rescue a pilot and his crew that had gone down in Laos. He was able to get the pilot to safety just after sunset.

McCullough returned to the U.S. but quickly took a second Vietnam trip. He spent over 300 hours of fighting and in 1970 returned to the United States. McCullough then moved to Fort Rucker as commander of the contact flight division. He retired in 1974 after accumulating over 3,000 flight hours.