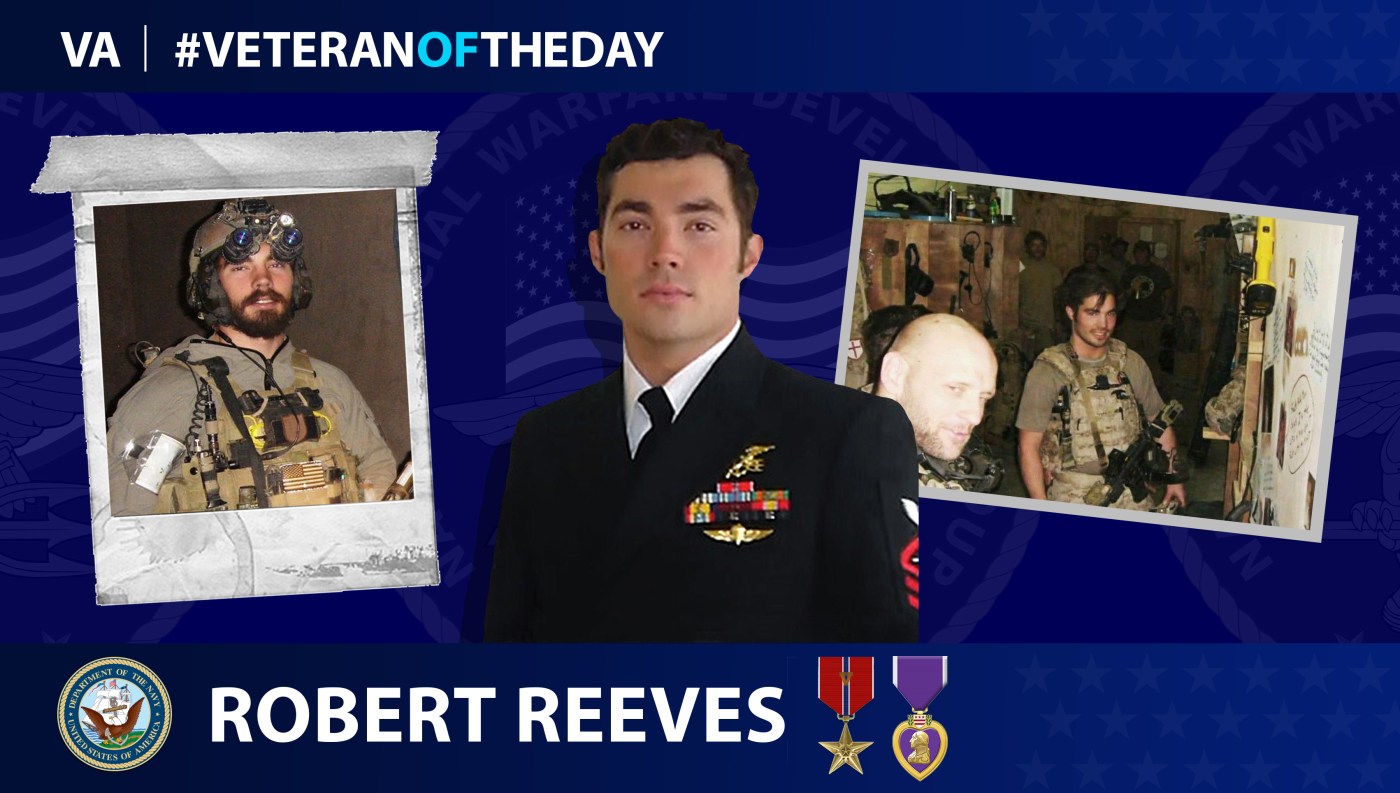 Reeves next attended Basic Underwater Demolition/Sea Land training at NAB Coronado, California, from February to December 1999. After becoming a Navy SEAL, Reeves went to Jump School at Fort Benning, Georgia, for a month before transferring to SEAL Team 5. He served with the team from February 2000 to June 2001, and then transferred to SEAL Team Seven in June 2001.

Reeves served with SEAL Team 7 from June 2001 to April 2004, and deployed with them to Iraq in support of Operation Iraqi Freedom. After completing his tour, he began the highly selective process of joining the Naval Special Warfare Development Group (DEVGRU). In April 2004, he began serving DEVGRU’s Gold Squadron.

On April 4, 2010, DEVGRU conducted a nighttime direct-action raid against a high-value Taliban target. During the raid, Reeves, acting as the squadron’s sniper, climbed onto the roof of the target building to protect his teammates. A rocket-propelled grenade hit underneath his firing position. The back blast caused the roof to collapse internally. Reeves fell directly onto five Taliban insurgents. After escaping the building, Reeves threw a fragmentation grenade into the house and killed the fighters.

In 2011, Reeves deployed to Afghanistan in support of Operation Enduring Freedom. On Aug. 5, the battalion conducted a direct-action raid in the village of Jaw-e-Mekh Zareen, in Wardak. Their target was a Taliban insurgent Qari Tahir. The battalion secured the compound but was unable to take out Tahir.

On Aug. 6. Reeves was on a CH-47D Chinook helicopter with other team members returning to base, call sign “Extortion 17.” A rocket-propelled grenade round hit the aft-rotor assembly and sent the helicopter to the ground. All onboard died.