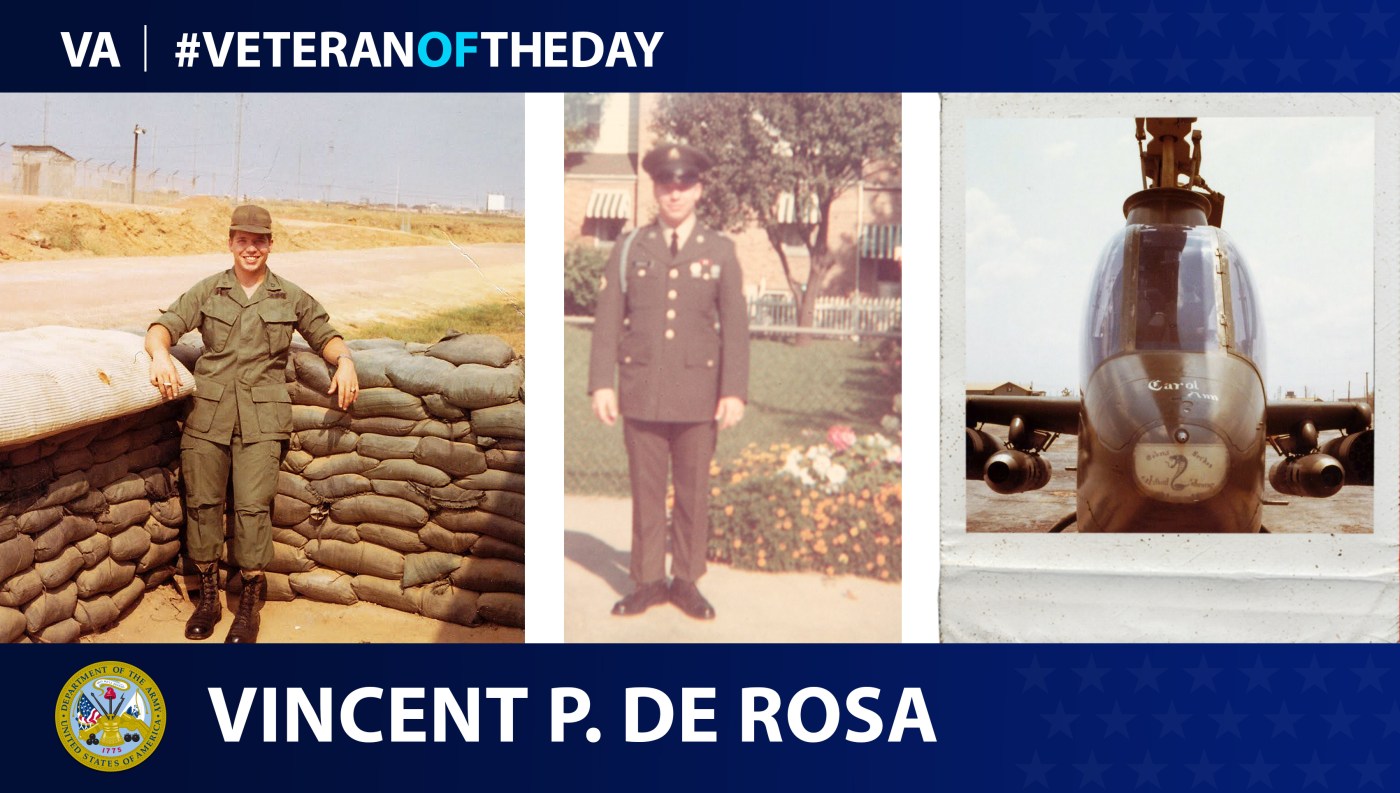 Today’s #VeteranOfTheDay is Army Veteran Vincent P. De Rosa, who served as a computer systems operator during the Vietnam War.

Vincent P. De Rosa grew up in Illinois and after graduating from high school, he attended Lee Automation, which taught how to type on data entry machines. While attending the school, De Rosa worked with tabulating machines, which processed computer card data.

During the Vietnam draft, De Rosa enlisted in the Army. After basic training at Fort Leonard Wood, Missouri, he went to Fort Devens, Massachusetts, for advanced training in computer operations based on his background.

He served with the Army Security Agency, which monitored and gathered military intelligence from the Soviet Union, China and their allies. De Rosa then attached to a special team to operate a small computer designed for mobile use in the field. After initially training at Litton Industries in Van Nuys, California, De Rosa’s team deployed to Vietnam with the 175th Radio Research (RR) Company as part of the 303rd RR Battalion, 509th RR Group.

De Rosa’s team was at Bien Hoa Air Base in southern Vietnam. While working on the computer project, De Rosa served as a guard for the base, which Viet Cong frequently targeted with rocket and mortar attacks. The computer’s inability to handle intense heat led to project cancellation after six months.

For the remainder of his service in Vietnam, De Rosa served as a clerk for the 175th RR Company. He was there for several campaigns and attacks on the base, including the February 1969 Tet Counteroffensive.

In 1970, De Rosa moved to a computer team stationed at Kagnew Station Army Base in Asmara, Ethiopia. He worked with computers that tracked Ethiopian television stations until 1972. He then transferred to the inactive Reserve, where he remained until discharge in 1974.

After his service, De Rosa traveled to Italy to see family before returning to the U.S. He settled in Winfield, Illinois, and worked for the Northwest Community Hospital in the hospital’s Information Technology Department. After retiring, De Rosa began volunteering at the Northwestern Medicine Central DuPage Hospital, where he serves as a secretary and clerk. He also helps escort patients and families to hospital rooms.

De Rosa has been a member of the Knights of Columbus since 1968 and has served as a grand knight, fraternal navigator and district deputy. He also is a member of the American Legion and the Veterans of Foreign Wars.