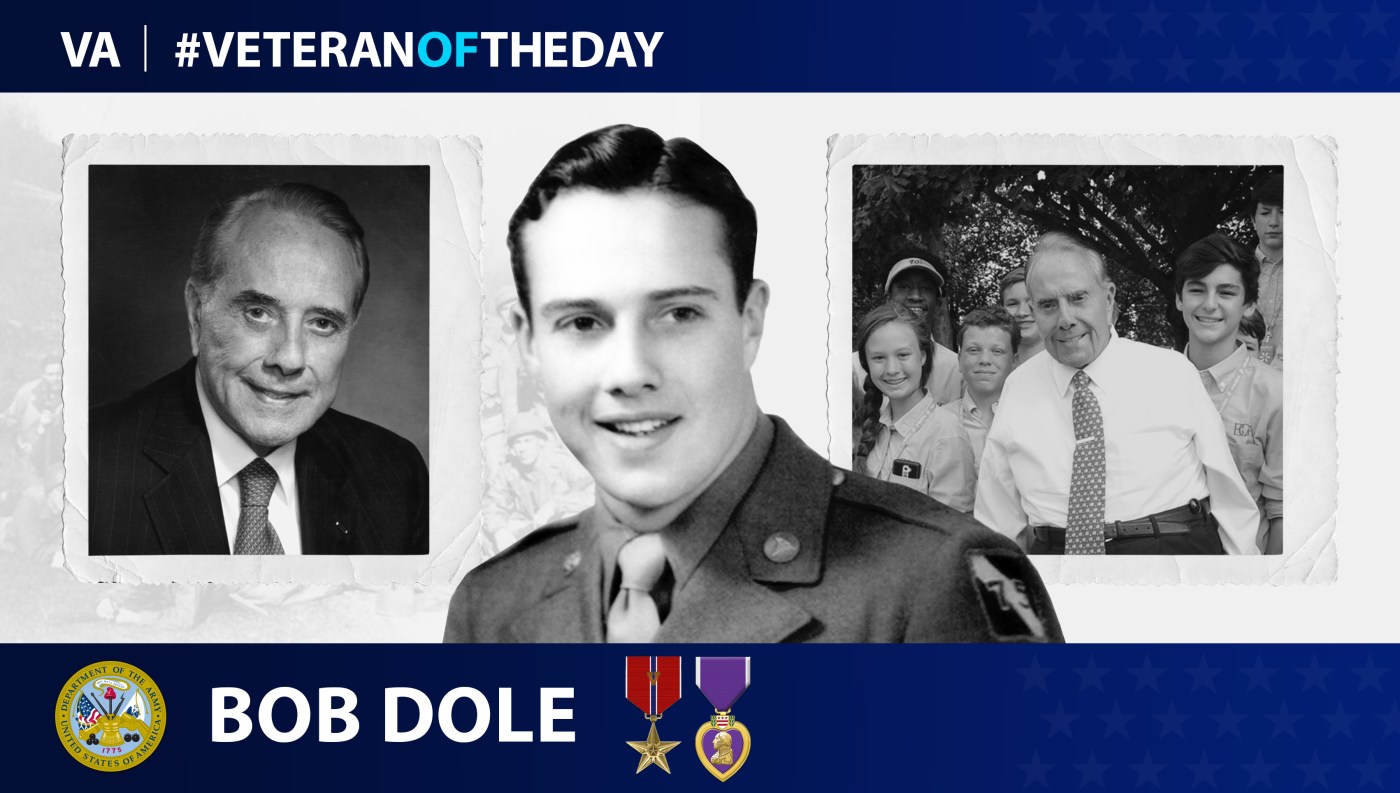 On the anniversary of the National WWII Memorial opening, today’s #VeteranOfTheDay is Army Veteran Bob Dole, who served as the national chairman.

Proud of his roots, Bob Dole was born and raised in Kansas during the Dust Bowl – a fact that took him back to his home state for a career in politics after his service. He pursued his bachelor’s degree at the University of Kansas before taking a break from his studies to join the Army. He would later return to college to obtain his bachelor and law degrees from Washburn University.

Dole joined the Army in 1942, where he served in the 10th Mountain Division as second lieutenant. During a battle serving in Italy, machine gun fire hit Dole in his right arm and back, severely wounding him. He spent the next three years recovering in an Army hospital.

After his service, Dole pursued a career in politics and law. In 1961, he was elected to a House seat in his home state of Kansas. Several years later, he ran for and won a Senate seat – a position he had maintained from 1969 to 1996. He set a record for the longest serving Senate majority leader. He later ran for both vice president and president.

Dole served as the national chairman for the National World War II Memorial, which opened to the public April 29, 2004. He delivered the keynote remarks during the dedication May 29, 2004.