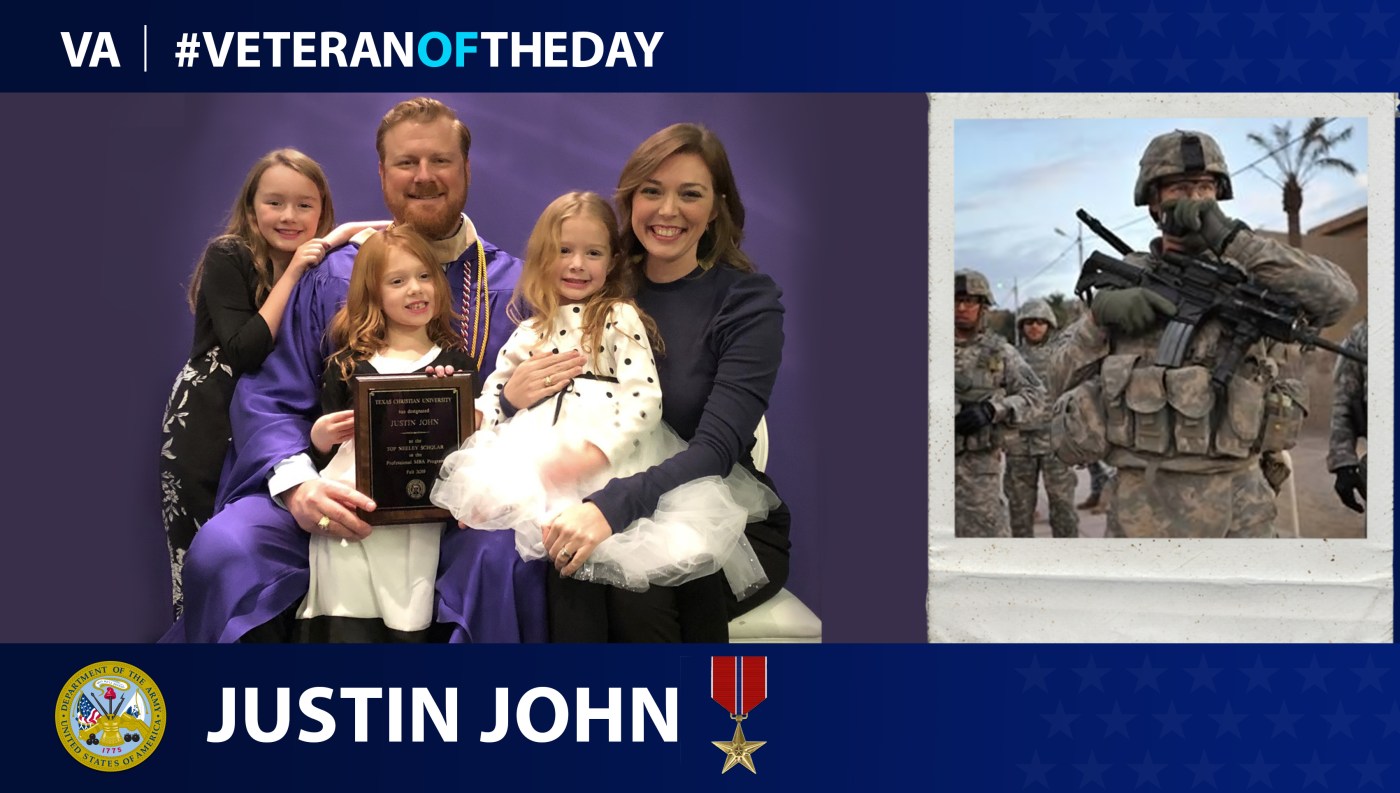 Today’s #VeteranOfTheDay is Army Veteran Justin John, who served with the 10th Mountain Division and deployed in support of Operation Iraqi Freedom.

After attending the Maneuver Captains Career Course in Fort Benning, Georgia, John graduated from the John F. Kennedy Special Warfare Center and School with honors. He completed the Special Forces Qualification Course. After graduation, John served with the 10th Special Forces Group (Airborne), where he became an assistant S-3 operation officer with the 3rd Battalion. In May 2013, John moved to Alpha Company, 3rd Battalion as an advanced special operations detachment commander, where he served until the conclusion of his military service.

After his military service, John worked in auto finance. He also completed his Masters of Business Administration from Texas Christian University.