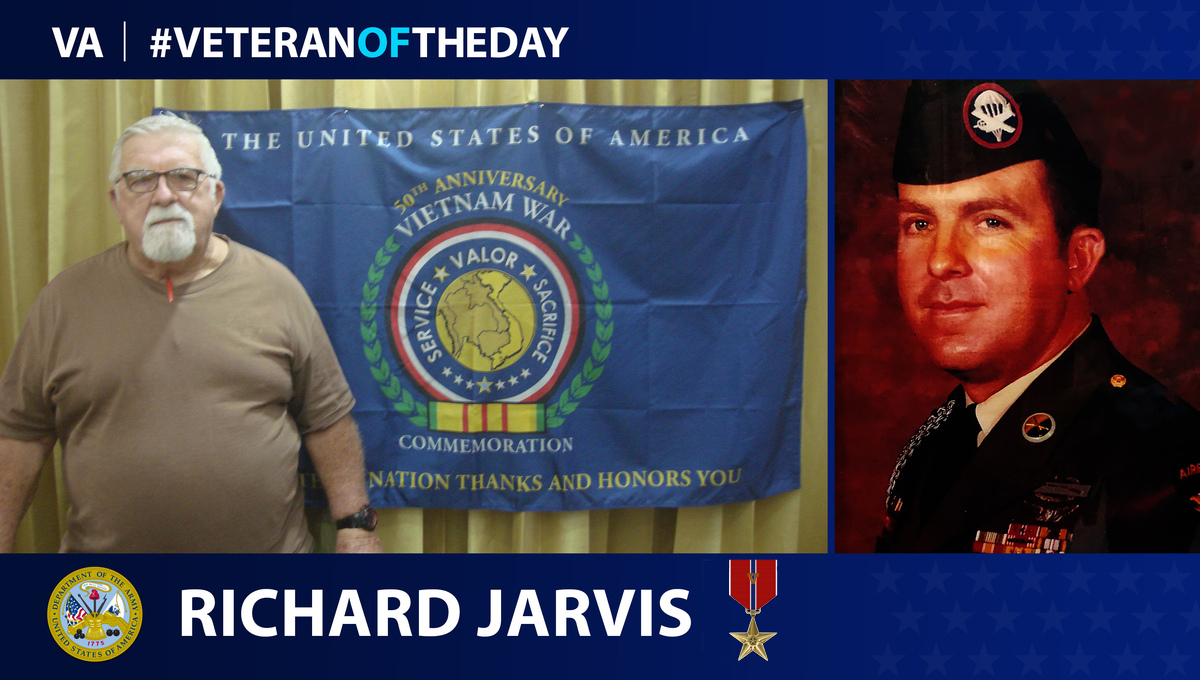 Today’s #VeteranOfTheDay is Army Veteran Richard A. Jarvis, who served two tours during the Vietnam War and retired in 1981.

Richard A. Jarvis was born in Norwich, Connecticut in 1939. He first joined the Army in 1956, where he served for one year before joining again in 1962.

Throughout his career, Jarvis served in Okinawa, Germany, Georgia, New Jersey, and Arkansas as an infantryman. He also served two tours in Vietnam from 1966-1967 and 1968-1969. In Vietnam, he spent 36 days in War Zone D.

His last duty assignment was with the 2nd Armed Division Fort Hood in Texas. He retired in 1981 as an E-8.

He is a member of the Aeronautical Fixed Telecommunication Network, S Virtual Fighter Wing Post 10249, Udon, Thailand. Currently, Jarvis lives in Nong Khai, Thailand with his wife and daughter.