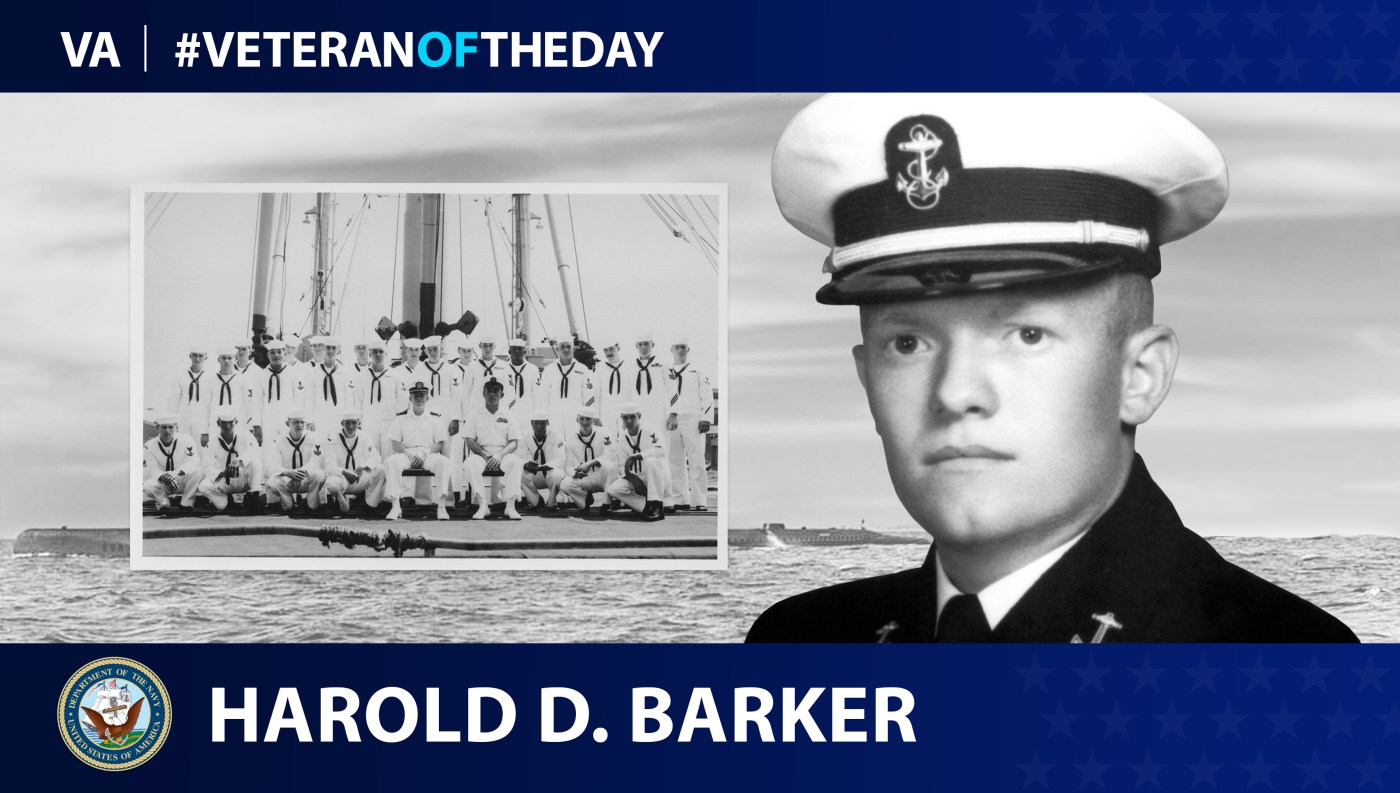 Today’s #VeteranOfTheDay is Navy Veteran Harold Douglas Barker, who served on surface ships and submarines from 1953-1980.

The son of a World War II Army officer, Harold Douglas Barker followed in his father’s footsteps and pursued a career in the Armed Forces. He attended the Naval Academy in Annapolis, Maryland, earning a degree in Naval Science.

After graduating in 1957, Barker served on USS Cavalier, which transported Marines around the Pacific. There he served as a division officer and maintained all auxiliary equipment on board. While serving on board USS Cavalier, the crew earned the Battle Effectiveness Award for their exceptional proficiency in engineering.

After completing his service aboard USS Cavalier in 1958, Barker pursued his dream of commanding a submarine. The Navy accepted him for the intensive six-month training course required to serve as a submariner in 1959.

Barker qualified as a submariner on USS Sarda submarine school boat. He then served on USS Sea Robin as the assistant operations officer in command of Submarine Squadron II.

After serving aboard USS Sea Robin, Barker transferred to USS Entemedor, where he served as the executive officer, second in command only to the commanding officer. He served aboard USS Entemedor into the 1970’s as the Navy began phasing out diesel-electric submarines in favor of nuclear submarines.

After ending his service aboard USS Entemedor, Barker attended the Naval Postgraduate School in Monterrey, California, where he earned a master’s degree in management. He then worked in Washington as a Naval Human Resource Management Specialist. In 1977, Douglas commanded the naval shore facility in Holy Loch, Scotland.

In August 1980, after serving for two years in Scotland, Barker ended his nearly 27 years of service at the rank of commander. Upon leaving the service, he founded a church in Silverdale, Washington, near a large Trident submarine missile base. There, he served as an ordained minister, preaching to a congregation composed mainly of submariners for 16 years. In 1995, Barker retired.