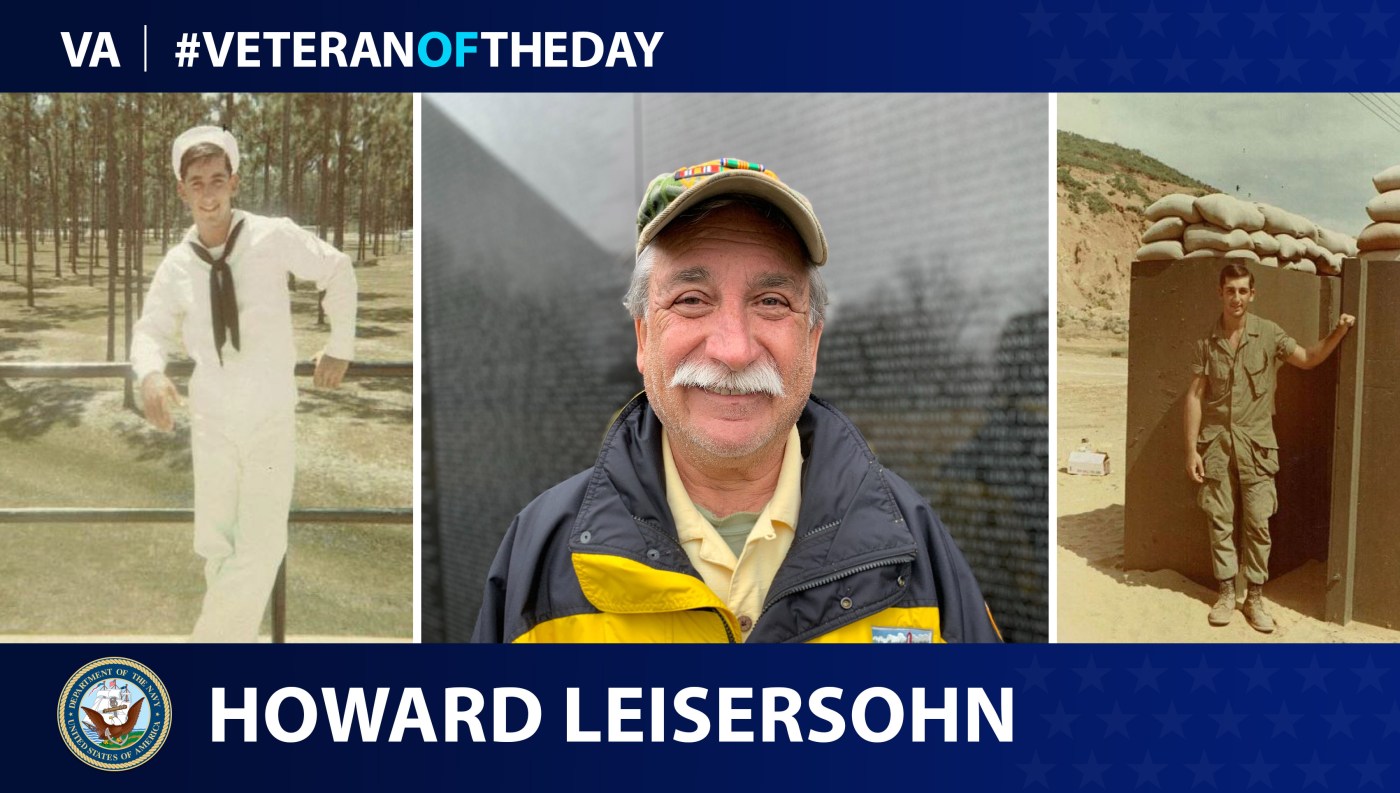 Today’s #VeteranOfTheDay is Navy Veteran Howard Leisersohn, who served as a heavy equipment specialist during the Vietnam War.

A New York City native, Howard Leisersohn joined the Navy in 1966. After attending basic training in Great Lakes, Illinois, he briefly served at Naval Air Station Glynco in Georgia before transferring to Little Creek, Virginia. There, he underwent amphibious training at Naval Amphibious Base Little Creek. Amphibious training involves landing soldiers in boats on beachheads during extreme conditions, as well as conducting operations inland and air.

Leisersohn next went to Williamsburg, Virginia, to attend cargo handling school. Cargo handlers work with loading and off-loading cargo onto ships and serve both Navy and Marine Corps ships. In May 1967, Leisersohn deployed to Vietnam and served in Danang in central Vietnam. While stationed there, Leisersohn served as a heavy equipment operator and worked in an ammunition supply. Heavy equipment operators work with Navy transportation and construction equipment, including trucks, bulldozers and backhoes.

After leaving the Navy, Leisersohn joined the National Park’s Volunteer-In-Parks program. The VIP program allows individuals to play an active role in helping protect and share the history and accessibility of national parks. Volunteers work behind the scenes or on the front line alongside park employees or with partner organizations. The VIP program also allows individuals to apply their talents and skills or learn new ones for volunteer service.

Leisersohn serves as a VIP volunteer at the Vietnam Veterans Memorial in Washington D.C. He assists visitors who “trace” names on the Vietnam Memorial Wall and answers visitor questions about the memorial and its history.