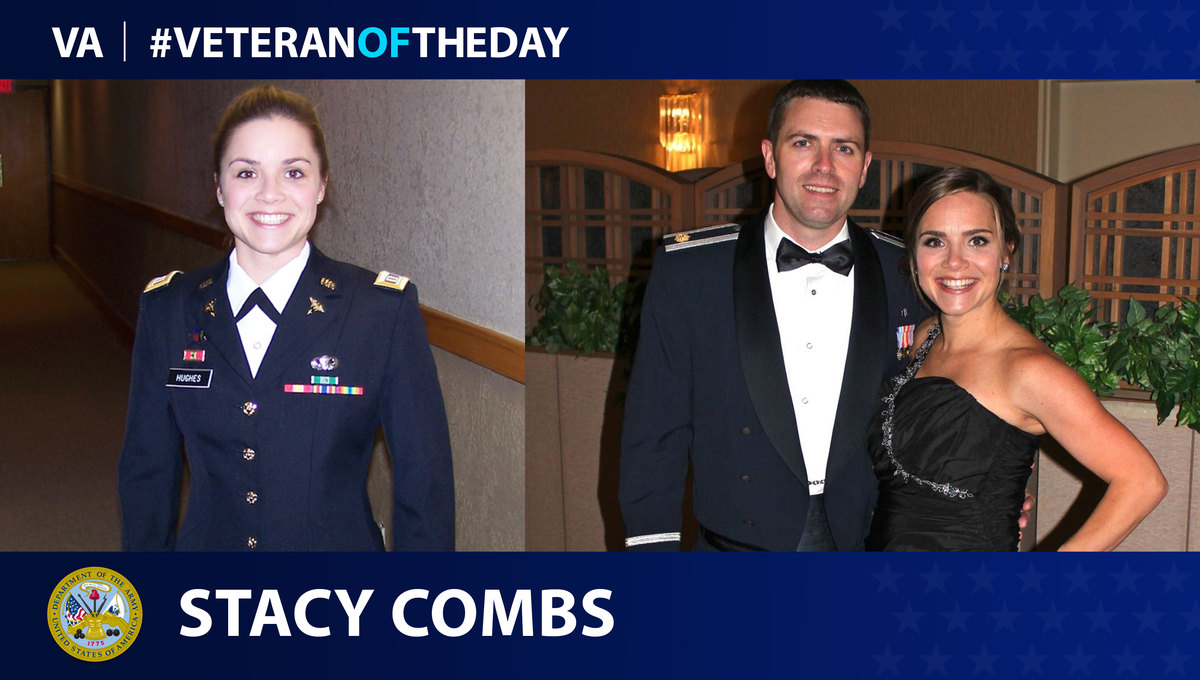 Today’s #VeteranOfTheDay is Army Veteran Stacy Combs, who served as a nurse in Washington D.C. and Texas between 2003 and 2009.

Stacy Combs obtained her bachelor’s degree in nursing from Texas Christian University in 2002. After completing her initial military training as an Army nurse, she held a variety of roles while on active duty between 2003 and 2009.

Combs served as a clinical staff nurse at Walter Reed Army Medical Center in Washington, D.C., from 2003 to 2005. Following that, she managed seven labor delivery recovery rooms, two operating rooms and four triage beds as charge nurse at Carl D. Darnall Army Medical Center in Fort Hood, Texas, from 2005 to 2007. Last, she served as head nurse in a mother baby unit, and, later, as a clinical staff nurse in a high-security medical and surgical unit.

During her service, she receive an Army Commendation Medal with oak leaf cluster and the Airborne/Parachutist Badge.

Combs continued to serve her country in other ways. After leaving active duty, she continued to work as both an Army National Guard nurse and a civilian nurse at Camp Mabry and Fort Hood, Texas. Following a short period as a contracted nurse in San Antonio, Texas, she obtained her master’s degree in nursing from Texas Tech University in 2015. She transitioned to philanthropic efforts and volunteer work in multiple overseas bases.

Currently, she lives in Bethesda, Maryland, with her family and as an Air Force spouse.