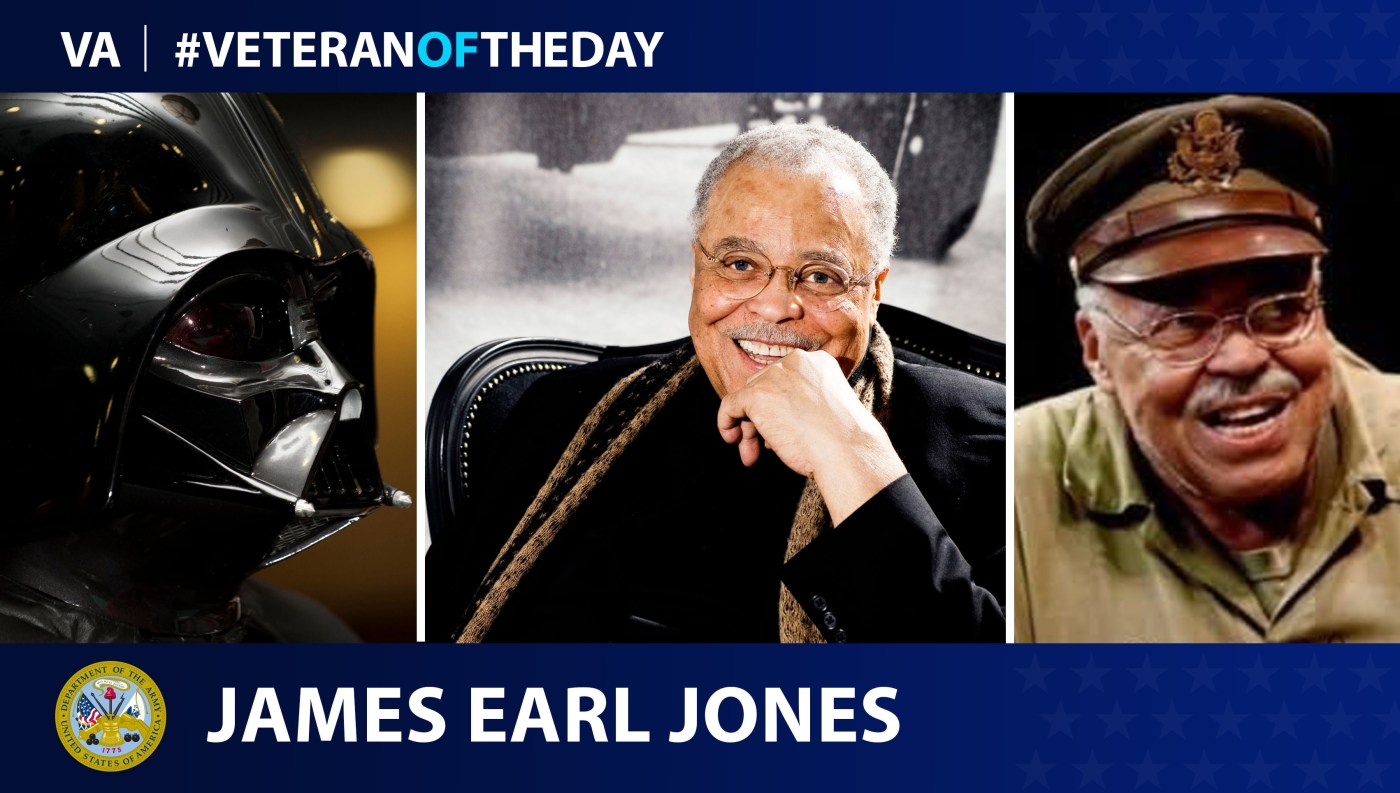 Before voicing Darth Vader or starring in iconic films like “Field of Dreams,” James Earl Jones was in the Army.

After graduating high school, Jones went to the University of Michigan. He enrolled in the Reserve Officer Training Corps program there, where he excelled as a cadet. Jones was in the Pershing Rifles Drill Team and Scabbard and Blade Honor Society.

Jones commissioned in mid-1953, heading to the Infantry Officers Basic Course at Fort Benning, Georgia. He later attended Ranger school and helped establish a cold weather training command near Leadville, Colorado. He discharged from the Army as a first lieutenant.

Following his discharge, Jones became the second male African American to ever receive an Academy Award nomination for his work in the movie “The Great White Hope.” He also starred as an Air Force bombardier in Dr. Strangelove and in three movies as a Navy admiral: “The Hunt for Red October,” “Patriot Games,” and “Clear and Present Danger.” He’s received two Tony Awards, an honorary Academy Award, two Emmy Awards and a Grammy Award.

One of his most iconic voice over roles was as Darth Vader in the Star Wars movies. Jones initially didn’t take credit for the voiceover work for the first two movies, “Star Wars” and “The Empire Strikes Back.” His voice became so recognizable that Star Wars fans learned during the third movie, “Return of the Jedi,” the former lieutenant was the voice behind the mask.

Thank you for your service and May the Fourth Be With You!