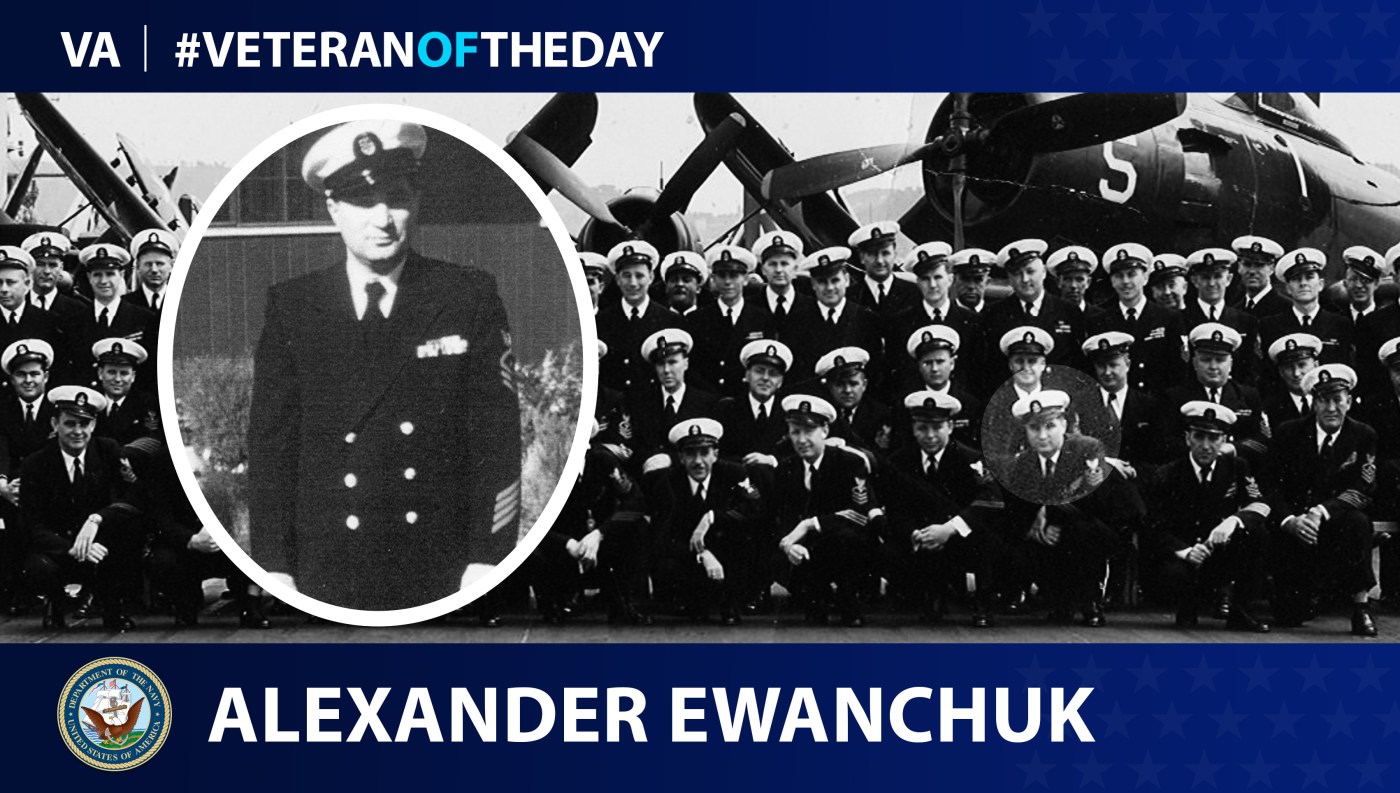 Today’s #VeteranOfTheDay is Navy Veteran Alexander Ewanchuk, who served in the Atlantic and Pacific during World War II and retired after 20 years.

Alexander Ewanchuk enlisted in the Navy Sept. 1, 1938, at the age of 18. After completing basic training, Ewanchuk served as a gunner’s mate aboard USS Philadelphia and by 1939 as a striker on gun turret four.

In 1941, Ewanchuk transferred to USS Decatur, a Clemson-class destroyer. Ewanchuk and his fellow sailors served in the North Atlantic, guarding convoys traveling between the East Coast, Nova Scotia and across to Europe. On the night of Oct. 17, 1941, while stationed off the coast of Reykjavik, Iceland, Ewanchuk, and the USS Decatur received a request for help from English ships under attacked by German U-Boats. The attack sunk 10 ships in the convoy and damaged the destroyer USS Kearny. On their approach to the site of the attack, USS Decatur encountered and destroyed a disabled German U-Boat.

When the U.S. officially entered World War II, Ewanchuk and USS Decatur guarded convoys traveling between Panama and Newfoundland. In addition to transporting convoys, Ewanchuk and his fellow sailors sought out and destroyed German submarines.

In 1943, Ewanchuk transferred to USS Santa Fe in the Pacific. There, Ewanchuk and his crew bombarded Japanese occupied islands, disabling their airfields and destroying their bases. USS Santa Fe also participated in the Battle for the Marshall Islands, providing naval fire support for Marines landing on the beaches.

After the end of World War II, Ewanchuk transferred to the Naval Ordnance Laboratory in Washington, D.C., where he achieved the rank of chief petty officer. Ewanchuk continued to serve with the Navy as a career sailor until retiring March 25, 1958.

After retiring from the Navy, Ewanchuk continued his education, graduating from Michigan State University with a degree in electrical engineering. He worked at the Westinghouse Defense Plant, where, through various contracts, he continued his relationship with the Navy.