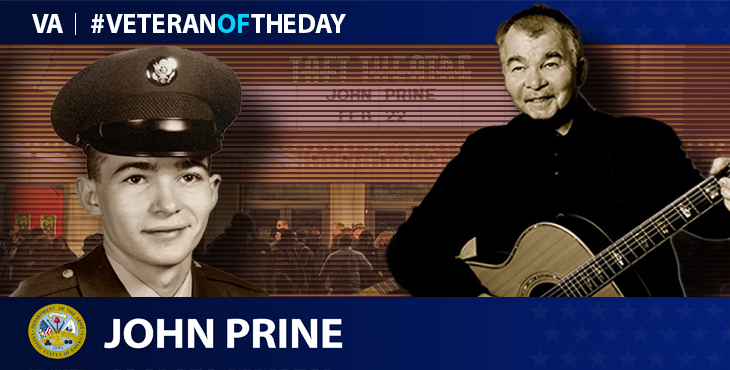 John Prine was born in Maywood, Illinois, in 1946 but grew up in Chicago. There, he attended Old Town School of Fold Music. Soon after graduation, his number came up in the draft. He left Chicago for Germany where he worked as an Army mechanic. While in Germany, he asked his dad to mail his guitar. Once it arrived, Prine spent his evenings in the barracks playing and singing all the songs he knew. He never imagined he could make a living as a singer and songwriter.

Following his service, Prine returned to Chicago where he worked as a mail carrier. While he walked his mail route during the day, he composed songs in his head and then spent his nights at a bar called Fifth Peg. He went on stage on a dare, but the crowd loved him. The bar’s owner asked him to perform weekly. Critics noticed him, and in 1971, he released his first album.

Rolling Stone once called him the Mark Twain of American songwriting. His career in music spanned 40 years. He lived in Nashville with his wife Fiona and their three sons, Jack, Tommy and Jody.