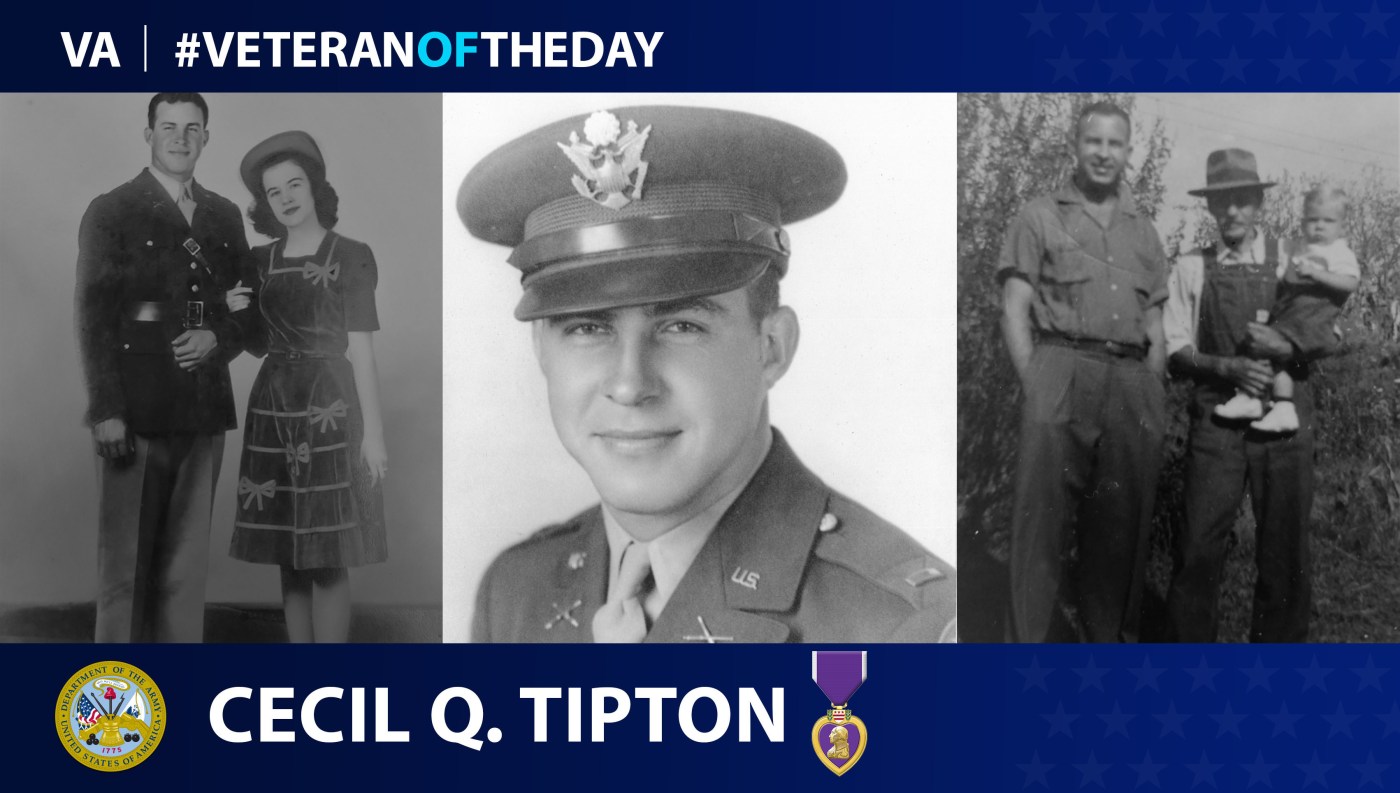 Today’s #VeteranOfTheDay is Army Veteran Cecil Q. Tipton, who served in the Army during World War II between 1942 to 1973.

Cecil Q. Tipton was born in Cades Cove but grew up on a small farm near Walland, Tennessee. He attended Maryville College in Maryville, Tennessee, where he lettered in track and football. During his senior year of college, Tipton was slated to become captain of the football team. Instead, he dropped out and joined the Army in 1942.

Soon after joining the Army, Tipton met his wife, Sara. The couple married Oct. 28, 1942, at Fort Campbell, Kentucky. Before he deployed overseas he served at Camp Gruber, Oklahoma. Leadership chose Tipton to escort President Franklin D. Roosevelt on his visit to the base. He did not realize the significance of his assignment until the president and his aides made their appearance at the camp.

Tipton served in France and Germany during World War II with the 961st Field Artillery Battalion of the 15th Artillery Corps. Wounded during battle, he later received a Purple Heart. He briefly became a prisoner of war, held in captivity by the Germans.

After the war, Tipton served in the Army Reserve. With the Reserve, his positions included secretary and instructor for multiple schools. From 1950 to 1973 he acted as commander for the 3291st U.S. Army Reserve School in Memphis, Tennessee.

Other than his Purple Heart, Tipton received the Army Commendation Medal. He retired from the Reserve in 1973 at the rank of colonel.

In civilian life, Tipton graduated from the University of Tennessee in Knoxville. In 1948, he joined the business office at the University of Tennessee Medical Units in Memphis, Tennessee.  There, he and his wife raised two children, Cecily and David. He retired from the Medical Units in 1978 as vice chancellor for business and finance. In retirement, he and Kathryn lived in Walland and Sevierville, Tennessee.