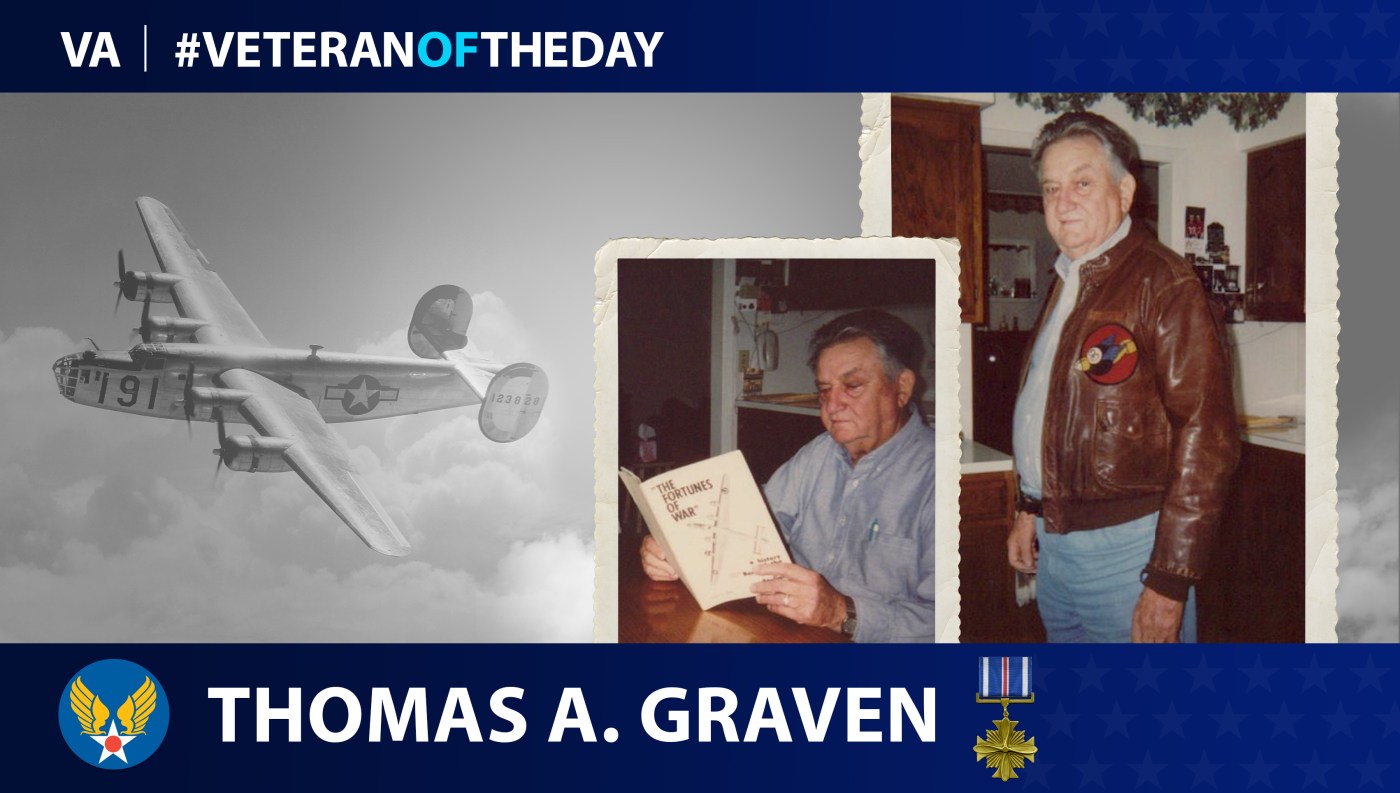 Thomas Graven was born in 1922 in Moultrie County, Illinois. He enlisted into the Army Air Forces in 1942 while he was living in Findlay, Illinois.

Graven’s job in the Army Air Forces was as a co-pilot flying B-24s. He served with the 492nd Bomb Group, 14th Bomb Wing, 2nd Air Division of the 8th Air Force in England. His unit flew 66 missions but disbanded after 89 days due to losing three-quarters of their personnel. Out of those 66 missions, Graven flew on all 66 of them, including two missions that had occurred on D-Day.

During his service, he received a Distinguished Flying Cross and five Air Medals.

Graven discharged from the Army Air Forces and went to work at an aircraft compass company in Bridgeton, Missouri. He also attended Washington University using the GI Bill and graduated with a degree in biology and education. After graduation, Graven joined the Army Reserve and retired as a lieutenant colonel.