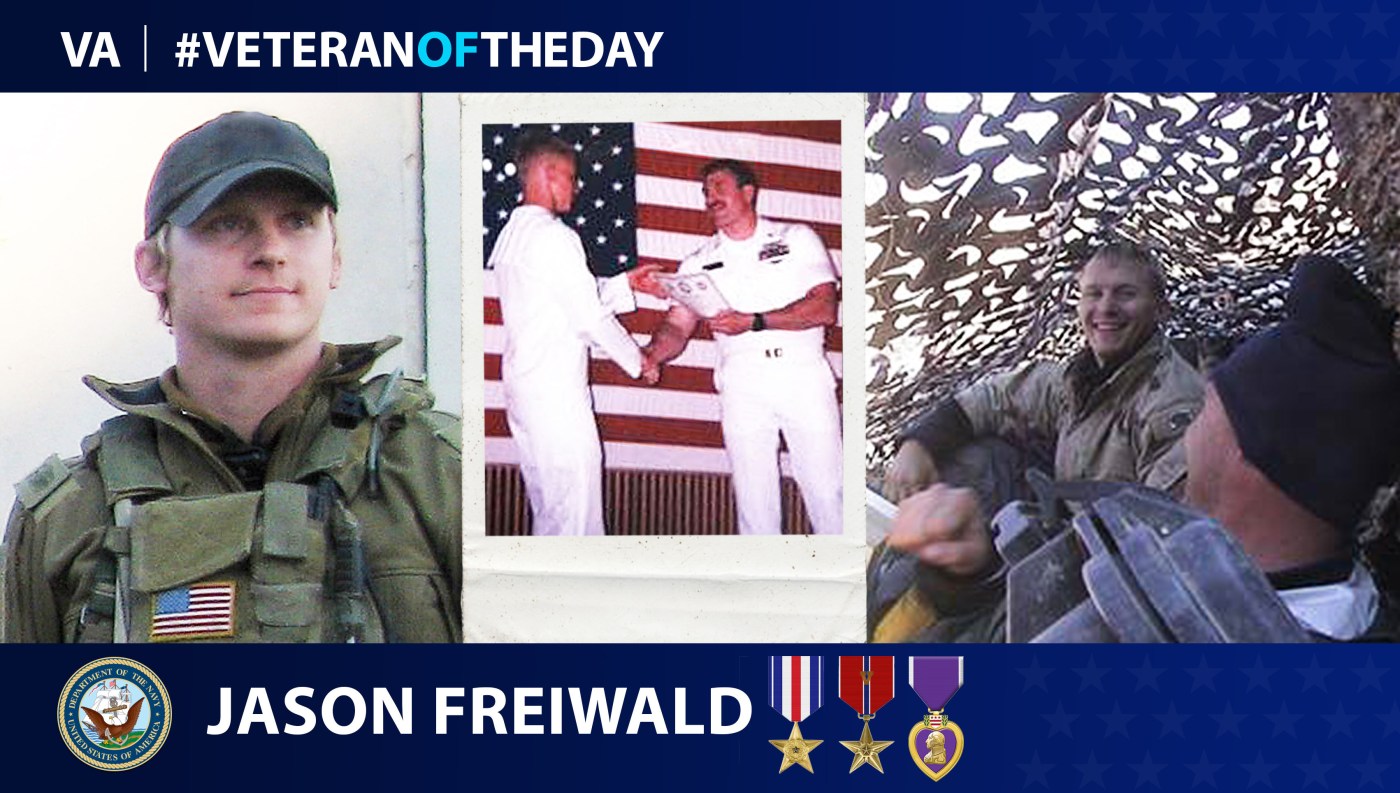 Today’s #VeteranOfTheDay is Navy Veteran Jason Freiwald, who served as a SEAL during Operation Iraqi Freedom and Operation Enduring Freedom.

Jason Freiwald was born and raised in Michigan Upon graduating in 1996 from Armanda High School, Freiwald enlisted in the Navy.

Freiwald received his first assignment with SEAL Team 5 in Coronado, where he served for two years. He then transferred to SEAL Team 3. During this time, Freiwald served on multiple combat deployments to Iraq in support of Operation Iraqi Freedom. In March 2005, Freiwald began the rigorous selection and training process for the Navy’s Naval Special Warfare Development Group.

On Sept. 12, 2008, Freiwald was on a direct combat operation mission against the Taliban in Afghanistan. While returning fire to protect teammates, he received a gunshot wound. He continued fighting, helping to secure the target before he succumbed to his wound.

He is survived by his wife, Stacey, and their daughter, Jasmine.