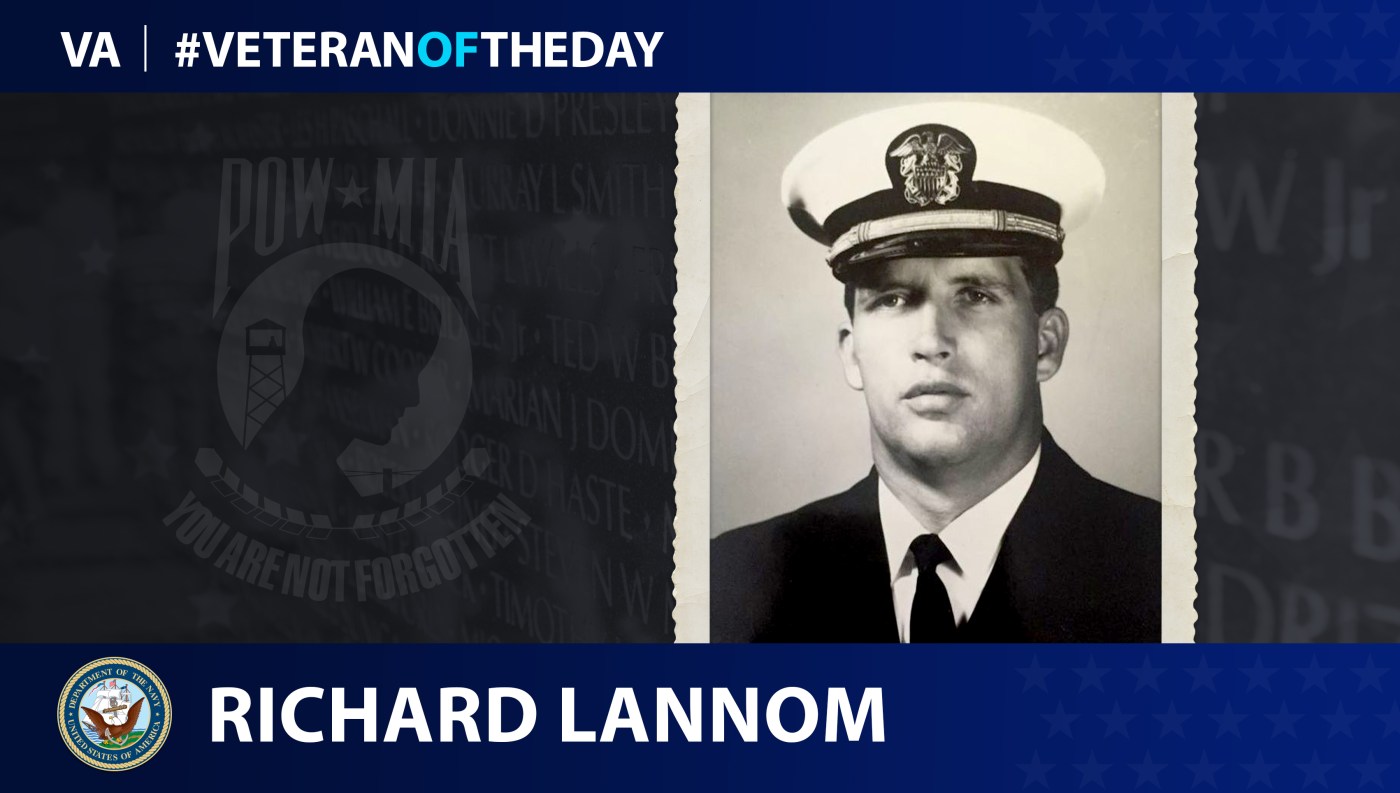 Today’s #VeteranOfTheDay is Navy Veteran Richard Lannom, whose remains were identified in Sept. 25, 2018, after being missing for more than 50 years.

Richard Lannom was born in 1941 and a native of Union City, Tennessee. After graduating from the University of Tennessee at Martin, he joined the Navy to become a fighter pilot during the Vietnam War. After completing training, Lannom served with Attack Squadron 35 based aboard USS Enterprise. His primary missions included close-air-support and all-weather and night attacks on enemy troops and night interdiction.

On March 1, 1968, Lannom and his pilot were on a strike mission against enemy combatants northeast of Haiphong, North Vietnam. Lannom’s role was to be the bombardier and navigator aboard an A-6A Intruder. On this mission, two other A-6 aircraft joined on the mission. As they approached their target area, they lost radio contact due to the low altitude of the aircraft. Before the mission, he received orders to turn his identification beeper off. Ground fire hit his aircraft. It went down approximately 55 miles southeast of Haiphong in the Gulf of Tonkin. After failing to rendezvous with the other aircraft, a rescue team searched the surrounding area for Lannom and his pilot.

In 2017, an excavation team discovered his remains on the island of Tra Ban, off the north coast of Vietnam. On Sept. 25, 2018, Lannom’s remains were officially identified after more than 50 years of being classified as missing in action.