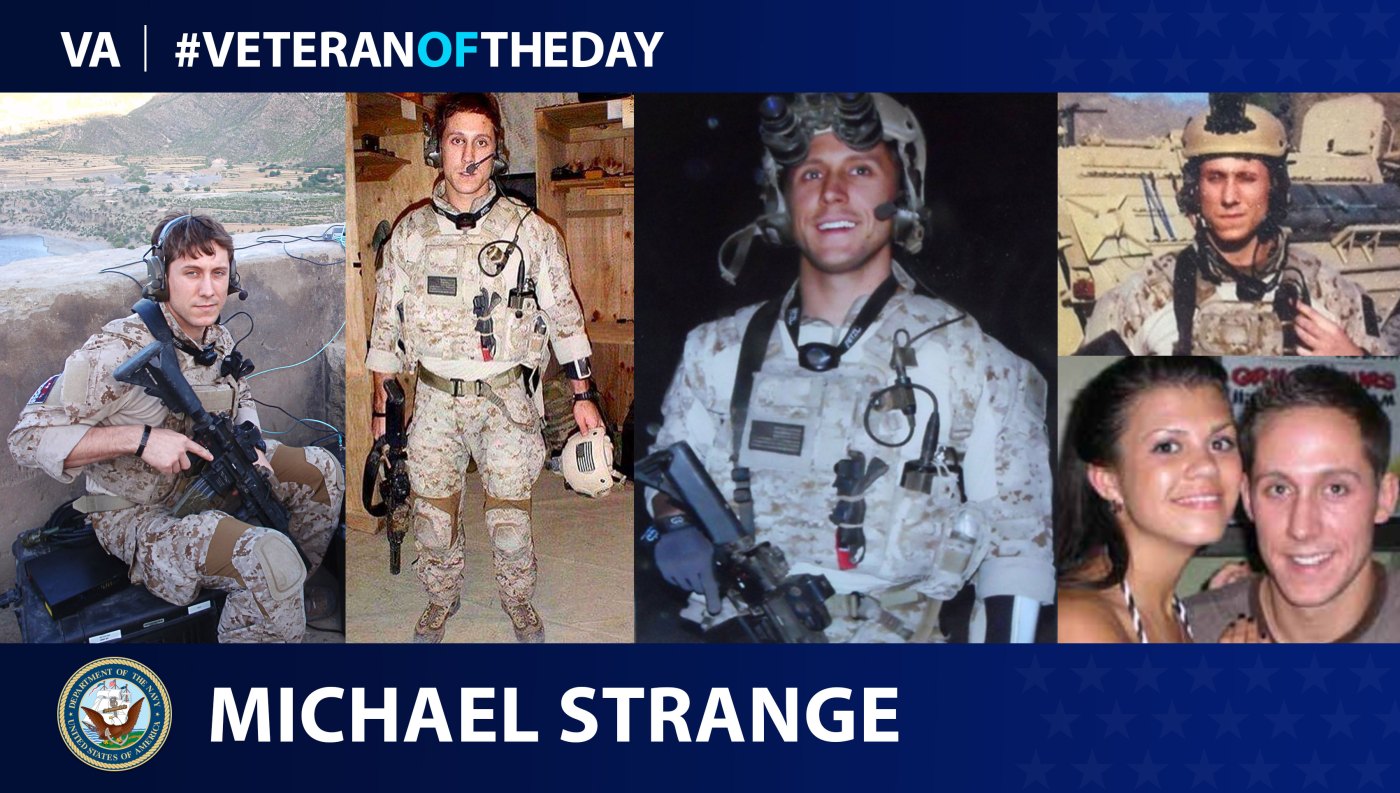 Today’s #VeteranOfTheDay is Navy Veteran Michael Strange, who served from 2004-2011 with multiple tours in Afghanistan during Operation Enduring Freedom.

Michael Strange was born in 1986 and raised in Philadelphia. Growing up, he was known to be incredibly active and destined for a career in the military. Before finishing high school, Strange decided he would serve his country. Two months after graduating North Catholic High School in 2004, he enlisted in the U.S. Navy.

Following basic training, Strange reported to the Center for Information Dominance in Pensacola, Florida. In April 2005, he reported to the Navy Information Operations Command in Kunia, Hawaii. He spent the next four years in Hawaii until 2009, when he joined a Navy SEAL team based in Virginia Beach. Strange’s served as a cryptologist technician petty officer first class. He provided critical intelligence directly to the SEAL team on the battlefield.

On Aug. 6, 2011, Strange died of wounds caused from when the CH-47 Chinook helicopter he was aboard crashed in Wardak Province, Afghanistan.

Over the course of his career, Strange deployed three times to Afghanistan in support of Operation Enduring Freedom. During his service, Strange received two Joint Service Commendation Medals (one with ‘V’ device for valor), a Joint Service Achievement Medal and a Combat Action Ribbon.